Covid-19 and the market model of higher education: Something has to give, and it won’t be the pandemic 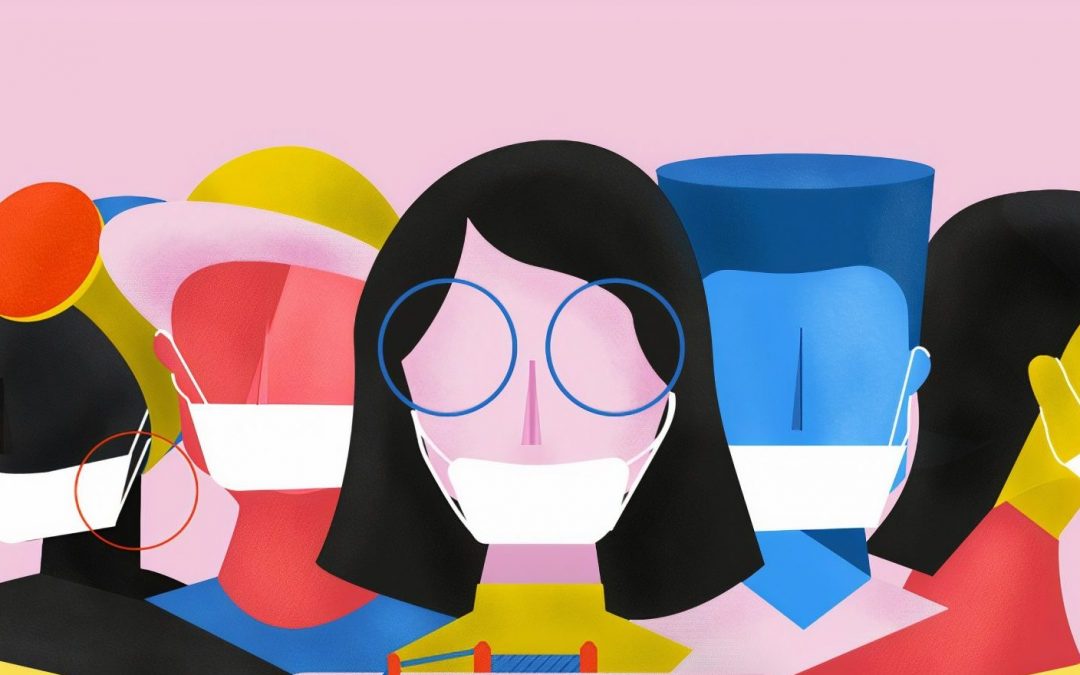 Words by Simon Marginson, Professor of Higher Education at the University of Oxford.

There are striking differences between countries and cultures in the manner in which the pandemic experience has been regulated. These differences are associated with variations in the outcomes of the pandemic, and have also had practical consequences for higher education. Remarkably, the market model of higher education has been expected to operate more or less as normal in this highly abnormal time. However, the ‘business as usual’ approach to the pandemic in higher education is emblematic of broader attitudes.

Let’s compare the tragic passage of Covid-19 in the United States and United Kingdom with the relatively low death tolls in East Asia, where strict regulation and self-regulation have prevailed. In the UK and the US, much public discussion has pushed back against the constraint of individual freedoms during the pandemic. The Government has been reluctant to close down, but eager to reopen prematurely. By early July the UK had seen 44,517 Covid-19 deaths. In East Asia, on the other hand, the experience has been very different. By early July, only 7 people in Taiwan had died, 26 in Singapore, and 287 in South Korea. East Asia also includes Vietnam, with a per capita income that is less than half of the world average, but a history of banding together in a self-disciplined manner for national survival. Vietnam has recorded no Covid-19 deaths and less than 300 cases.

The key differences here between the UK and Vietnam are cultural, they go to the bedrock relation between individual and social approaches to health, education and community. A similar difference has played out in two cases with more convergent social philosophies: Nordic Finland and Nordic Sweden. In Finland, in which the state and self-regulating local society are understood as compatible and not antagonistic, the shift to collective discipline has been followed with little pushback. In Sweden, the decision was made early to use untrammelled self-regulation with minimal direction, and the death toll has been ten times as great as in Finland.

In most Western societies the rights of the stand-alone individual have primacy over the social, unless this is modified under specific conditions, such as during a pandemic. In Confucian societies in the Chinese civilisational zone in East Asia, the individual is nested in the larger spheres of family and state, so that there is a normative bias in favour of the collective. In the core Confucian outlook individuals are free to think what they will, but not to act as they will without taking into account the effects on others (Marginson and Yang, 2020). But it is not necessary to be Confucian to survive the pandemic.

There is a middle position – perhaps best exemplified by South Korea – which can be read through John Stuart Mill. In On Liberty Mill stated that ‘…the only purpose for which power can be rightfully exercised over any member of a civilized community, against his will, is to prevent harm to others’ (Mill, 1859/2015, p. 14). Notwithstanding the fact that Mill begins with the separated individual, both halves of his statement (the rights of the first person and the rights of other persons) are equally important. In a society in which individual freedom is practised with full awareness of the rights of others, where individual and social are balanced, wearing a mask during a pandemic would be the natural choice – not just as a means to protect oneself, but as a means to protect others also. However, in a society in which the unconstrained individual always has primacy, the requirement that a mask must be worn, like the requirement that one must stay at home, is less the regulation of common social protection than a violation of the individual. As such, the individual has a right to resist that regulation.

So how does this polarity play out in higher education?

One way to compare the higher education policies of countries under pandemic conditions is to consider what would happen in higher education if values aligned to the ‘common good’. The UNESCO notion of education as a ‘global common good’ interprets education in terms of its contribution to solidaristic social relations, which combine the social and individual dimensions – that is, they combine ideas of shared welfare, inclusion, tolerance, and mutual respect with ideas of universal individual rights and freedoms on the basis of equality (Locatelli, 2018). In a “common good” higher system:

1. Government would announce that because the health and the lives of students and staff take absolute priority, all higher education would remain solely online until it was fully safe to reopen all institutions for everyone.

2. Government would underpin the financial sustainability of institutions for as long as necessary in the manner that it underpins sectors such as health or finance.

3. Institutions would develop and provide the best possible quality of online educational provision and administration, consistent with economic delivery.

5. On reopening in a particular country or locality institutions would establish stronger public health protocols than existed prior to the pandemic, and modify the extent of travel by staff and students, especially travel across national borders.

East Asian higher education is closer to this common good model than Western higher education. In East Asia, the reopening of face to face higher education after the first peak of the pandemic was determined solely by public health principles. In China, where recovery from the first wave occurred relatively early, universities remained wholly online until the data made it unambiguously clear that the time had come to safely re-open. The decision was made by state agencies, not by decentralised market forces.

In contrast, in the UK at the time of writing, almost every university is promising to restart face to face teaching in September despite the raging death toll. This was because the proposed timing is affected by institutional self-interest – if institutions say that they expect to be solely online at the beginning of the 2020-21 academic year, they risk a collapse of enrolment. Arguably, students are receiving over optimistic claims about the possibility of reopening sooner, in order to lock them in. A market which ostensibly is meant to encourage the circulation of better information to aid choice-making actually magnifies the tendency to mislead the customer. But the price of spin in the pandemic is higher than usual: it might kill people.

The practical reason why institutions are forced to put their bottom lines ahead of public health and student welfare is that the UK government, true to the dynamics of the market, refuses to provide guarantees of funding and institutional survival. Despite the unique character of the pandemic and the government responsibility to ensure the long-term sustainability of social infrastructure, the economic position of higher education institutions is treated by government and the media as their own responsibility.

It is a case of a highly individualist culture paying the price of its own extreme. In the last forty years, higher education in the UK has been moved from an expanding public service provided on a centrally planned basis and accessed without tuition charges to a quasi-market system. In the market system, competition between institutions, not public principles or financial guarantees, is meant to guarantee quality and value. Government has devolved policy responsibilities downwards. Corporate universities are responsible for providing quality and sustaining themselves financially. Students are responsible for identifying quality.

Throughout the pandemic, the implications of this relentlessly anti-social logic have been made clear: If students enrol face to face at a time when the risk of on-site attendance is high enough to mean that some catch Covid-19 and die, they have themselves to blame. If one institution attempts to secure a market advantage by opening before it should, and thereby forces other institutions to do so, then its freedom to do so must be respected. If institutions go bankrupt because it is impossible to sustain themselves it is their fault, and this can be celebrated as a healthy cleansing by market forces. It is not far from celebrating death itself as a healthy cleansing and in a global pandemic that is too close to the bone.

The macro-lessons of the pandemic are already clear. It is a mirror of sorts, a means of common reflexivity. We can take from it the need not only to wash our hands and to improve the quality of education online, but to learn from other societies, both similar to our own and different. We can also learn the need to take individual responsibility for the effects of our behaviour on others, and to take collective responsibility for shared outcomes. Most importantly, though, there is the need to change the values that govern the way our higher education system functions – and hence the values that students themselves are being taught – so as to put the common good ahead of all other considerations.