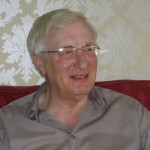 Ken Roberts (pictured), Professor of Sociology at Liverpool University, described ‘The real trend in social mobility from upward to downward’ at the latest seminar in a series on precarious labour hosted by the University of Greenwich Business School on 13th February. He said that sociologists and others had ‘acquiesced’ in presenting an optimistic interpretation of widening participation when it was now clear that ‘throughout the recent expansion of higher education, class inequalities in participation rates have hardly changed’ and with the ‘graduatisation’ of a new range of employment had not increased social mobility. In fact, compared with limited upward social mobility post-war, the only social mobility today was down.

This fitted with the picture of precarious labour presented by Dr. Lefteris Kretsos from across the European Union to which Professor Ian Greer’s European Research Council-funded four year program aimed to find ways of countering the social consequences of market reforms. Graeme Wise, Assistant Director of Policy at NUS, related students working to graduate underemployment for which any amount of ‘employability’ modules could not really prepare them.

Dr. Martin Allen and Professor Patrick Ainley argued that David Willett’s market-led Great Reversal to a minority HE was unprecedented but related to Michael Gove’s delusion that the limited upward mobility of the 1950s could be restarted by failing the majority of school leavers and sending them on apprenticeships often indistinguishable from workfare. But their book warns that – unlike the opposition and teacher unions’ unchanged and unworkable alternative of educating our way out of recession – in an occupational structure going pear-shaped, Willetts and Gove could enforce a new relation of education to (un)employment. Unconnected to possibilities for practice, this would have less to do with learning than with displaying competences for assessment in a simulacrum of study that disguises the decline in achievement all teachers recognise.

As True Believers in free markets, Gove and Willetts see the solution to raising standards in privatization and this is another Great Reversal at which they are aiming – to abandon state for private education altogether. Already, the English system exemplifies Thatcher’s new market-state in which power contracts to the centre whilst responsibility is contracted out to semi-privatised state and state-subsidised private ‘delivery units’, as competing schools, colleges and universities have become.

Rather than helping young people ‘move up’, inflated educational qualifications are now essential to avoid downward social mobility. It is the absence of work, particularly the disappearance of specific ‘youth jobs’ that has been the reason for young people staying in full-time education for longer; not because most employment has become generally more demanding – in fact, the opposite is the case. Despite this, many educationists continue to assume the more qualifications possessed by the population, the greater the national economic benefit.

The Great Reversal, Young People, Education and Employment in a Declining Economy available from on-line distributors and from www.radicaled.wordpress.com 124 pp.  £4.99 Hard copy, £1.99 Ebook.