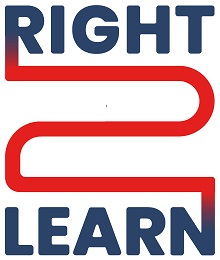 The Right2Learn campaign was founded in December 2020 with a simple mission: to campaign for a legal right to learn throughout life.

This mission drew on the work of the Lifelong Learning Commission set up by the Labour Party in 2018 which examined in great detail the inequity of access to education and offered practical solutions such as embedding an adult learning strategy across our public services, creating a lifetime entitlement to six years access to a publicly funded education up to and including undergraduate level. Critically the Commission also called for a change in the law to create a statutory duty upon universities and colleges to forego cut throat competition and cooperate with each other in the wider interests of students and society.

While we were delighted with the initial support we received from luminaries like Gordon Brown, former ministers Estelle Morris, John Denham and Chris Smith, long time lifelong learning campaigners like Alan Tucket and Vice Chancellors like David Latchman and Dave Phoenix it is the support we have received from university and college staff on the front line which has really set the campaign alight.

All our thoughts are now turning to what kind of society we want when the pandemic is finally under control. Right2Learn’s rejection of the current undernourished, over marketised post-16 education system chimes strongly with the values of those who work in the system and can see the potential for something better to emerge.

As CDBU has rightly argued, universities are not businesses. Their job is to give people the skills to be able to think critically and independently. We wholeheartedly support the expansion of educational opportunity across all age groups and skill levels. However we reject the government’s elitist and classist argument that too many people now go to university. Such thinking – if allowed to predominate – will only take us back to a time when university was something only the well off would consider.

For Right2Learn, the HE sector is crucial to our country’s recovery. That does not mean we are not critical of some aspects of how universities operate in the post-£9k tuition fees world created by the Coalition government in 2010. Progress in improving access for disadvantaged groups has been too slow in some institutions. At the same time staff have been among the key victims of the ever increasing commodification of the system not least through the endemic casualisation of staff roles which is hugely problematic both for employees themselves and their students.

Right2Learn believes a different future is possible where all education from early years to university is properly publicly funded and where the market is replaced by a willingness to cooperate rather than compete with each other. This means HE institutions both working together within the sector but also beyond it with other vitally important partners like our FE colleges and hard pressed but vital adult education providers.

It is such a spirit of cooperation, supported at its core by a clear government vision and the funding to back it up, that can place education at the centre of a strategy not just for economic renewal but for a fairer and healthier society.

While the current government shows little sign of doing what is required, this simply redoubles our determination to continue to make the case for equality fo access to education as both good in itself and as a driver for progressive change.

We do not doubt that many of our existing supporters also support the aims of the CDBU and welcome the opportunity to work with all who share our view about the need for radical change.

You can join the Right2Learn campaign here.