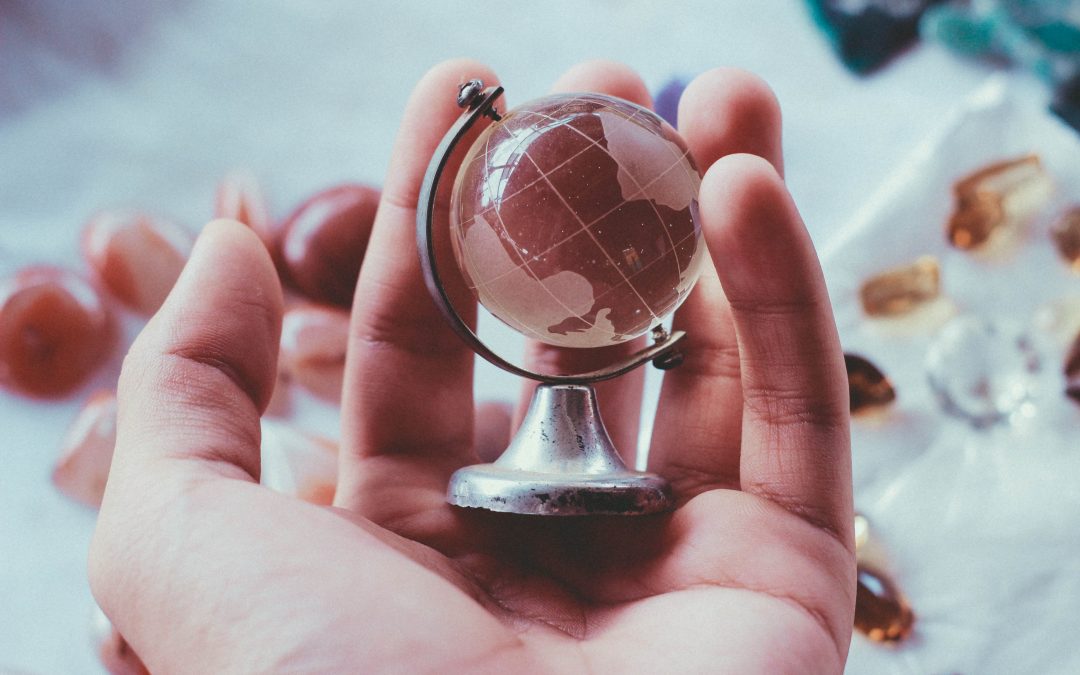 Thousands of academics from leading British universities have signed an open letter calling on the government to reverse their decision to cut £120 million of funding for global research: “We deplore the short-term view of this research funding, that has created an unprecedented decision to shut down and ‘reprofile’ approved and competitively-funded projects. This is an action from which it will be hard to recover.”

‘Right2Learn’s rejection of the current undernourished, over marketised post-16 education system chimes strongly with the values of those who work in the system and can see the potential for something better to emerge.’

More than 2,500 academics from dozens of leading British universities and research institutes have signed an open letter urging the government to reverse controversial plans to pull £120m in funding for research in some of the poorest parts of the world. The letter, which comes just a day after the integrated review promised to deliver ‘Global Britain’, warns that planned cuts in Britain’s overseas development assistance budget threaten “the sustainability and credibility of UK research leadership”.

British universities have made an urgent plea to Boris Johnson to intervene and stop threats of steep research funding cuts from the Treasury, which would cost the sector £1bn and imperil thousands of jobs. Prof Julia Buckingham, the president of Universities UK (UUK) which represents university leaders, said in a letter to Johnson that her members were “increasingly alarmed by reports that the Treasury has not made funding available to support the UK’s association to Horizon Europe,” the European Union’s funding programme for research and innovation. The UK has retained participation in Horizon Europe as part of its trade deal with the EU, but university leaders now fear the government isn’t willing to contribute the cost of taking part and wants to instead fund it from existing research budgets. The cost of participation was previously part of the UK’s EU membership fees.

Hundreds of international students at three major London universities are refusing to pay their fees because they say learning mostly in their bedrooms has not justified prices of up to £29,000 a year. More than 300 students at the Royal College of Art, two-thirds of them from abroad, launched a tuition fee strike in January, the Guardian has learned, potentially withholding around £3.4m in fee payments, in an attempt to force the university to issue refunds for the past year. The international students, who pay £29,000 a year for a master’s course at the RCA, took action despite fearing their visas may be revoked. After a letter from the college threatening them with suspension, some backed down, but the vice-chancellor, Paul Thompson, confirmed in a meeting on 4 March that 93 students had still not paid. Strikers were told in an email this week that they would be suspended if they did not pay or come to an arrangement with the university by Monday.

Universities told not to swamp courses with students – BBC News, 17/03/21

Universities in England are being warned against admitting too many students and swamping courses with “inflated” numbers this year. The Office for Students (OfS) has told universities not to “sacrifice quality” by “over-recruiting” students. There is uncertainty about how many students might get good A-level grades, with teachers’ grades being used for exams cancelled in the pandemic. Universities UK said admissions decisions would be “fair and flexible”. Nick Hillman of the Higher Education Policy Institute (Hepi) said “rather than beating up on universities”, there should be an acceptance of an “unstoppable” rising demand for university places this year – and that capacity should be expanded.

A Bullingdon in reverse: how working-class student club is taking on elitism – The Guardian, 06/03/21

Roughly 7% of pupils in the UK attend a private school but at Bristol University, they make up nearly a third of the graduate intake. Most of the so-called elite universities have disproportionately high numbers of private school students, including Oxford and Cambridge, which respectively have 31% and 32% representation from independent schools. At Bristol in 2016, the year Sophie Pender began her English degree, the proportion was closer to 40%. After those early damaging encounters with privately educated students Pender decided to make a stand. “I wanted to even things out a bit, so that those who didn’t come from privileged backgrounds could help each other get on in life. And I didn’t see why people from working-class families should feel ashamed of their upbringing.”

Students at several UK campuses have accused their universities of granting police officers access to halls of residence to check for breaches of coronavirus rules, with some complaints of officers entering accommodation in the middle of the night. Students at Sheffield and Manchester who spoke to the Guardian described regular police patrols and widespread use of fines of up to £800 as universities clamp down on the mixing of households to avoid repeating the major coronavirus outbreaks that occurred in autumn now that students are returning for the spring term. Students at Sheffield and Manchester say they believe that in some instances police officers may have received keys from university security to enter flats unannounced and check that students were not socialising with their neighbours. The universities have denied this.

‘Their silence makes them complicit’: The realities of racism at university for Black students – Metro, 19/03/21

Racism is a systemic issue that impacts a variety of institutions in this country – including higher education. Black students report experiences of systemic and personal racism and discrimination, and they say the pandemic has deepened these inequalities. Black graduates of UK universities are less likely than their white peers to get a first-class degree, less likely to end up in graduate-level work and less likely to earn above £25,000, according to a 2020 study by the Social Market Foundation. In an effort to spark positive change change, Black student leaders – supported by national Black organisations – have written a letter to Boris Johnson calling on him to take urgent action in response to the growing crisis of racism and disadvantage affecting Black students.

Why university rankings must include academic freedom – University World News, 11/03/21

Imagine you are a first-year student starting at one of the world’s top universities. Picture the lecture hall – as it was before the pandemic shifted classes online – well-worn from the generations that came before, or perhaps shiny and new, representing the promise of higher education in a dynamic, forward-looking society. The professor begins the lecture, but every other sentence is muted. Every other slide on the screen is blank. Every other paragraph in the assigned text is blacked out. That is effectively what it’s like at some of the most highly ranked institutions in the world, operating in environments where intellectual and creative freedom is severely restricted. Where professors and students risk sacking, expulsion or worse for discussing topics that are not in favour or for asking certain questions. You wouldn’t know it from looking at the latest world university rankings.

A year into the coronavirus pandemic, many in the academic scientific workforce are experiencing a state of chronic exhaustion known as burnout. Although it is not a medical condition and can occur in any workplace where there is stress, burnout is recognized by the World Health Organization as a syndrome. Its symptoms are physical and emotional, and include feelings of energy depletion or exhaustion; increased mental distance from and feelings of negativity or cynicism towards one’s job; and a reduced ability to do one’s work. At its core, burnout is caused by work that demands continuous, long-term physical, cognitive or emotional effort. Indicators of the syndrome have risen sharply in some higher-education institutions over the past year, according to surveys in the United States and Europe.

While students get Zoom, leaders of top universities get bumper paydays – The Times, 07/03/21

Half of Britain’s top universities gave their leaders a bumper pay package last year, despite fury among students locked down on campuses and forced to learn online during the pandemic. An analysis of the accounts of Russell Group universities shows that 12 vice-chancellors had pay rises in 2019-20. The average total pay for a vice-chancellor in the group of 24 universities rose £8,000 to £389,340 in the year to July 2020. The rise approaches a UK student’s tuition fee of £9,250 a year. More than 270,000 have signed a petition demanding refunds. Rent strikes have been held at more than 30 universities over accommodation that could not be used because of the pandemic. Job cuts are looming on some campuses and academics are threatening strikes.

The former universities minister Jo Johnson has warned of the “poorly understood” risks of increasingly close collaboration between UK universities and China. A study led by Johnson identified a significant increase in funding from China and collaboration with Chinese researchers over the past two decades, including in sensitive areas for national security and economic competition – such as automation, telecommunications and materials science – or in disciplines where collaboration may threaten freedom of speech. “The UK urgently needs to put in place a framework for this key relationship so that it will be able to withstand rising geopolitical tensions. Failure to do so risks real damage to our knowledge economy,” said Johnson.

Teenagers studying vocational subjects need more support to help them face the “incredibly tough” jobs market. GCSEs and A-levels have been cancelled – but most technical and vocational qualifications are still going ahead. The COVID-19 pandemic has left many students taking courses for jobs that do not currently exist, such as work in travel and tourism, but many of them have seen their education suffer while classrooms were closed and work placements were disrupted due to government restrictions. The situation recently prompted a warning from the government’s education recovery commissioner, Sir Kevan Collins, who told MPs: “We need to do something urgently to support those young people.”

Scrapping predicted grades in university admissions could hit the chances of students from under-represented groups, including black students, from getting into top universities, it has been warned.  A report by the Higher Education Policy Institute think-tank says that the use of predicted grades is “probably more an aid than a hinderance” in opening up access to universities.  In England, the Government is currently consulting on moving to a system of ‘post-qualification admissions’, where students would only apply to university after they have their exam results. While exams have been cancelled this year, ministers have said they want them to return as soon as possible.

Warwick and Leamington MP Matt Western is being promoted to the post of shadow universities minister in Labour’s education team as Emma Hardy has stepped down, LabourList can reveal. Hardy, a former teacher and education union staffer, was first appointed to the role by Jeremy Corbyn in January last year. She was kept in place by Keir Starmer when he picked the Labour frontbench in April. The Yorkshire MP has told Labour members in her local party that she made the decision to quit “with a heavy heart” and despite her “love of education”, “loyalty to Keir Starmer” and “admiration” of Kate Green.