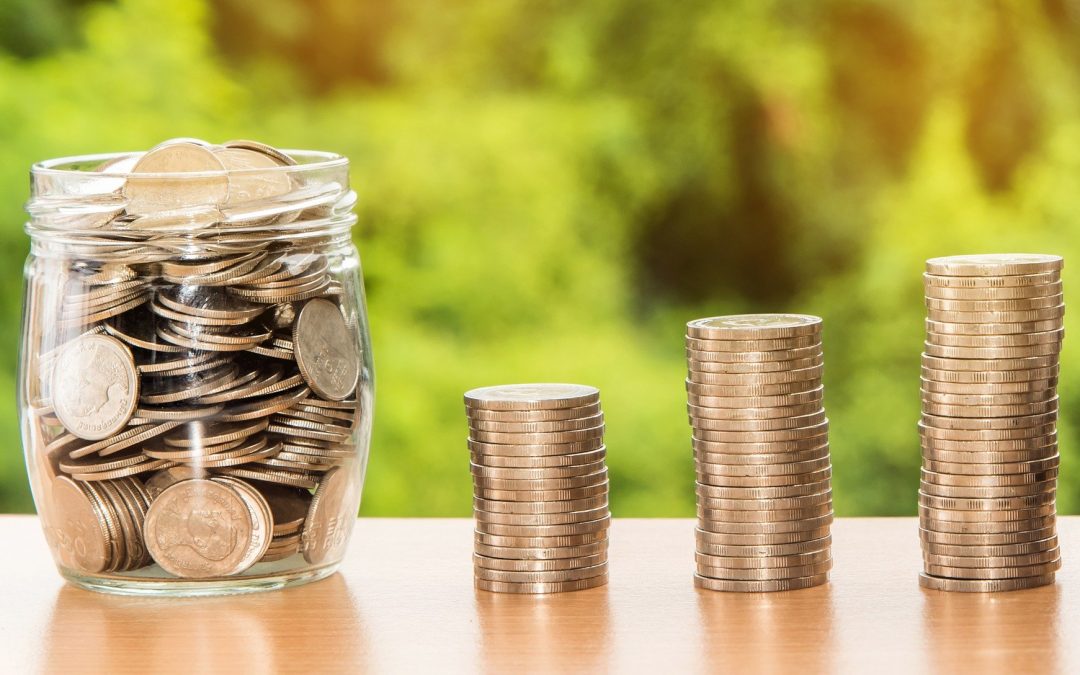 The government has announced a £50 million hardship fund for students who have been financially impacted by the pandemic. However, some feel more could be done to help students, with a group of vice-chancellors calling on the government to go further and waive student loan interest fees.

New on the CDBU blog: Why Universities Should Refuse to Accept the IHRA Definition of Anti-Semitism, by Andrew M Colman, Professor of Psychology at the University of Leicester.

One option to signal the government’s support for students is an interest waiver on student loans. With 15 months from initial lockdown through to the end of this academic year, a reduction in charges on student loans funded by the government would be seen as a significant gesture and would help graduates get off to a better start in the early stages of their careers. Some argue that few current students would benefit from this, since 50 per cent are unlikely to repay all their loans. This misses the key points: that some would benefit; that it would be an action that acknowledges a very different university experience during the pandemic; and that it is symbolically important to a generation of students who feel forgotten.

Universities under pressure to give overseas students access to hardship funds – Channel 4, 1/2/21

Last week Channel 4 revealed the plight of international students who’ve been struggling to afford even the most basic foodstuffs because they can’t get part time work. Often their parents are unable to support them, forcing many to queue outside food banks just to get by. Now, universities are under increasing pressure to be more flexible with their demands for fees, giving overseas students access to hardship funds and other financial support.

English universities to get £50m for students in financial distress – The Guardian, 2/2/21

Universities in England are to be given an additional £50m by the government to support students who are struggling financially as a result of the pandemic, in an attempt to stem growing anger and frustration within the student body. The new funding has been made available after a wave of rent strikes and protests by furious students, many of whom paid for accommodation they could not use after being told to study online from home during lockdown. It follows a £20m government funding package in December and is aimed at students who are most in need, particularly those who are struggling to meet additional costs for alternative accommodation and access to remote teaching during the pandemic.

‘Despicable in a pandemic’: fury as UK universities plan job cuts – The Guardian, 22/1/21

At least nine universities in the UK have announced plans for staff job cuts to save money, in moves branded as “insensitive” and “despicable” by academics struggling to support students through the difficulties of the Covid pandemic. In London, the University and College Union is fighting potential job losses at three institutions: the University of East London; Goldsmiths; and Senate House, University of London. Elsewhere, redundancies are planned at the universities of Liverpool, Leeds, Leicester, Southampton Solent, Brighton, and Dundee.

Covid has intensified the student mental health crisis – universities must step up – The Telegraph, 25/2/21

There needs to be a change of thinking, a shift in paradigm. What I want to see is care – genuine care, not just churning students through the system for the sake of attendance, results and reputation. As one student told me, you could go to your university and say that you have a broken leg, or a broken heart – and they would say that it’s not their responsibility; their policy is that they are there to educate, not to provide medical services. The waiting lists for counselling at many universities is in excess of fifteen weeks. I want students to have agency, to have the opportunity to talk about what they want to talk about it and to be able to seek support where they want to find it – because they’re worth it, and they should feel that they are.

Cuts for London and arts ‘will damage universities and students’ – Times Higher Education, 25/1/21

English sector leaders have warned that students will have a “diminished” higher education experience and some institutions will struggle to conduct ground-breaking research or attract international talent under new funding proposals from the Westminster government. “Cutting funding for creative subjects as we enter a recession is a ludicrous act of economic self-harm. Access to industry-standard facilities is crucial for universities like UCA, who pride themselves on preparing students for employment. Our film studios, metal workshops, glass-blowing facilities and pattern-cutting suites are not cheap, but they are the bedrock of our students’ future success.”

Russell Group universities contribute to the vicious cycle of higher education elitism. Little effort is made on their part to reform it. Pupils from independent schools are more than twice as likely to go to these universities. The Russell Group is wrapped up in ideas of expansion and extension of research and encouraging diversity is an afterthought. Cat Turhan, a policy analyst in the Russell Group, confessed: “We know there is more work to do in addressing educational inequality.” Whilst change is occurring in Russell Group universities, change is not happening fast enough. Russell groups need to do more to ensure they do not limit social mobility.

Librarians at UK universities say students’ reading lists for this term are being torn up because of publishers’ “eye-watering” increases to ebook prices, and some students are now reading what is available or affordable, rather than what their tutors think is best for their course. With thousands of students studying in their bedrooms at home because of the pandemic, providing access to textbooks and research books online has become crucial. However, librarians say academic publishers are failing to offer electronic versions of many books, seen as critical to degree courses during the pandemic. And, they say, universities frequently cannot afford to buy the ebooks available, for which they can be charged more than five times as much as the printed version, often running into hundreds of pounds a copy, sometimes for one user at a time.

The situation has only escalated since last summer, when we urged permanent staff to refuse to take on additional workload from casualised staff facing job loss. As difficult as it may have been for permanent staff to protest against increased workload at the time, it has only become more difficult now, as we stare further precarity in the face: will staff be willing to refuse additional workload if they are being pooled for redundancy? Nevertheless, the answer cannot be to keep our heads down and hope that someone else gets the sack. Nor are these just a handful of departments or particular universities being ‘restructured’ – although that is bad enough. We are looking at a wholesale restructuring of the sector itself if we do not stop it, making the need for solidarity all the more urgent. Moreover, it’s not just jobs at stake: these cuts will justify worsening terms and conditions for remaining contracts and eroding the gains the union has made (like local agreements to redeploy casualised staff). There are many more degrees of casualisation to go before we reach the abyss.

In a letter signed by the group’s 24 member universities, the Russell Group’s chief executive, Tim Bradshaw, confirmed it would be increasing its student intake – a move he said was motivated by the stress imposed on applicants after A-level exams were cancelled last year. Given the elitist reputation of these top-ranking universities, a conscious effort to widen access to more students from poorer backgrounds might be welcomed – but some academics have labelled it a “cynical” move set up to steal students from hard-up universities further down the rankings.

The University of Leicester said it was considering cutting subjects after a “drop in demand”, and instead focusing on ethnicity, sexuality and diversity, but the idea has been met with dismay by a number of academics and students. Since the plans were announced, some university staff have also received abusive messages online. Among those opposed to the changes is Professor Isobel Armstrong, a fellow of the British Academy, who has returned her honorary doctorate from the university in protest. The Leicester branch of the University and College Union (UCU) said Prof Armstrong made her decision “in protest at the egregious attack on the integrity of English at Leicester and the attempt to eradicate 1,000+ years of language and literature from the curriculum”.

New subject data from UCAS shows a big shift towards technology-based degrees mirroring recent trends, with the last decade seeing impressive growth in engineering and computer science subjects, including a 400% jump in acceptances to artificial intelligence (AI) courses. Of concern is the significant decline in language subjects. For a post-Brexit Britain, the need for languages is likely to remain strong, yet acceptances to modern language degree courses have decreased by 36% – from 6,005 in 2011 to 3,830 in 2020 across all tariff groups. This drop in demand is seen alongside a decrease in language A level entrants over the same timeframe.

United Kingdom universities talk a good talk when it comes to higher education internationalisation, but an independent expert who is analysing the strategic plans of 140 member institutions belonging to Universities UK has found a “huge mismatch” between what British universities claim are their global priorities and what they measure when evaluating success.Dr Vicky Lewis, who runs her own consultancy advising higher education institutions on international strategy development, embarked on the research project in September 2020 and told University World News it was disappointing to find some universities still relying on global league table performance and income from international student fees to measure their performance on the world stage.

The biggest problem facing UK universities? The lack of ‘friends beyond their borders’ – HEPI, 2/2/21

There was meant to be a multi-year spending review in late 2019, but Brexit shenanigans put paid to that. Then it was meant to occur in the summer of 2020 but was delayed until the autumn, thanks to COVID. Then, it was further delayed until 2021 (with a stop-gap one-year interim spending review for 2021/22 to fill the gaping hole). Even if a multi-year spending review were to be further delayed, two things are certain. First, at some point it will happen. Secondly, when it does come, it will be challenging because of the likely state of post-pandemic Britain. Unless the Chancellor happens to have a particular love for one area of spending, and so is naturally inclined to help (as George Osborne was towards scientific research), the key to success in a spending review is two-fold: having good evidence and having lots of allies.