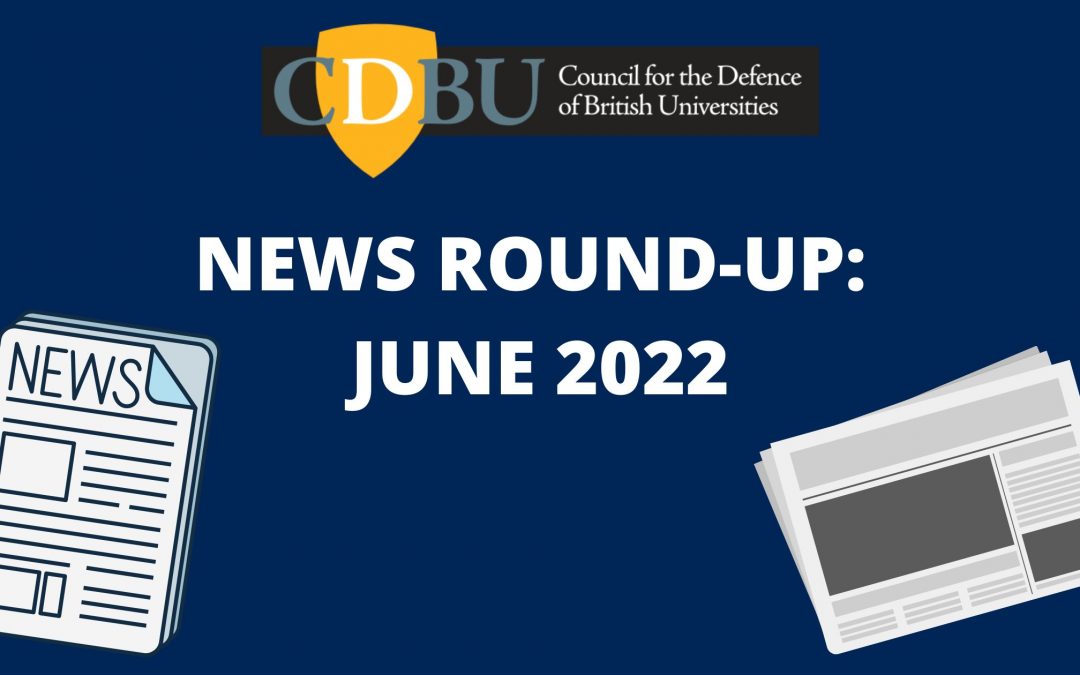 IN PURSUIT OF PREVENT – Words by John Holmwood, emeritus professor of sociology at the University of Nottingham

John Holmwood considers how the Higher Education (Freedom of Speech) Bill intersects with the government’s counter-extremism policy, in the light of recent leaks about the recommendations to be expected from the Shawcross Review of Prevent.

We need to save the university pension, and save the planet. This is a grassroots action by academic staff against the trustees and managers of the Universities Superannuation Scheme for breach of their duties: for a third time they’re threatening to cut university pensions with a flawed valuation, and a discriminatory plan. Instead of cutting their super-inflated asset manager costs, and divesting from fossil fuels, they are proposing to cut your pension. This must end. We need fair, equal, sustainable pensions for us, for the planet, and for the future.

All of Oxford University’s full-time staff will be given a one-off £1,000 bonus to recognise their “commitment and dedication” through the pandemic. Staff were told about the “thank you” payment by vice-chancellor Louise Richardson on Tuesday. Prof Richardson said she and the governing University Council hope staff will see it as “evidence of the value” they place in all colleagues. Oxford UCU said while it welcomed the announcement, it was an “implicit admission” that many of its members at the “world-leading university are facing financial difficulties”. It said that is because members’ pay “has not kept up with inflation” and pensions, if members have them, “have been cut”.

Ever hoped that one day a government body would develop a way for you to measure your self-worth and quantify your potential once and for all? Well, you’re in luck! The UK recently launched a “High Potential Individual” (HPI) visa aimed at attracting the “brightest and best” from around the world to its soggy shores. If you qualify under the scheme you are welcomed into the country for at least two years, even if you don’t have a job offer. So who counts as the brightest and best? According to the British government, an HPI is someone who has graduated from a top-50 ranked university outside of the UK in the past five years. You can see the list of the 37 eligible universities here. Twenty-four of the universities listed are in North America, and include institutions like Yale, Harvard and MIT. None of the eligible universities are in Africa, India or Latin America. It seems there are officially no bright people in any of those places, then!

As an engineer, I am not at all surprised that many leaders of major organisations started their careers with humanities degrees. The buildings we live, work and play in; what we watch on the television or in the cinema; the phone apps we flip through; the books we read; the music we listen to and the clothes we wear, much of which might not exist without those who have studied aspects of the arts and humanities. And this is not an exhaustive list. This is why the current attack on the arts and humanities education in the UK and elsewhere is extremely worrying. Recently announced plans to cut courses, staff and whole subject areas at some English universities make it ever more important for higher education and industry leaders to restate the importance of arts and humanities – for both students and society as a whole.

Universities should “reflect carefully” about whether the Race Equality Charter and other diversity schemes are in conflict with their duties to uphold free speech, England’s higher education minister has said. In a letter to universities on 27 June, Michelle Donelan highlighted concerns raised by MPs and the media that Advance HE’s racial equality initiative may “potentially be in tension with creating an environment that promotes and protects free speech”. While stressing that universities are “autonomous institutions, and the decision over whether or not to join external assurance and benchmarking diversity schemes is up to each provider”, she nonetheless highlights a government policy document, published in 2020, which states that “in general, universities should feel confident in their ability to address such matters themselves and not feel pressured to take part in such initiatives to demonstrate their support for the cause the scheme addresses”. Referring to the Race Equality Charter (REC), run by Advance HE, and “a number of other similar schemes”, the letter “invites careful consideration in respect of all of these.”

English universities have told higher education minister Michelle Donelan that “an important line has been crossed” by her letter telling them to consider pulling out of the sector’s voluntary Race Equality Charter and other diversity schemes. A letter from Universities UK president Steve West and interim chief executive Chris Hale, seen by Times Higher Education, also tells the minister that universities are “not clear what the intent of your recent letter is and are unclear what evidence is available to support the assertion that external assurance schemes are negatively impacting free speech”. It also says that “UUK’s concerns have been flagged separately with Iain Mansfield”, Ms Donelan’s special adviser, viewed as the key figure in the Department for Education’s confrontational approach to higher education, but that UUK “would welcome an early opportunity to discuss this with you directly”. UUK’s letter, which takes an unusually strong tone with the minister, is a sign of deepening tension between the sector and the DfE over that approach.

A total of 71 five-year partnerships between UK and Ukrainian universities have been agreed under Universities UK International’s twinning scheme. The agreements between institutions based in the two countries include mutual recognition of credits so that Ukrainian students can continue their studies online, offers to help rebuild campuses damaged during the war, and the sharing of academic resources. UUKi announced the twinning scheme in April. So far, 71 partnerships have been signed with a further eight nearing agreement. The association released a series of case studies on 28 June showcasing activities that have taken place so far under the scheme. Janet Beer, vice-chancellor of the University of Liverpool and international policy lead on the UUK board, said that the twinning initiative “will offer vital support to Ukrainian staff and students determined to continue their learning and research despite the ravages of war”. “While short-term assistance is crucial, both sides are seeking to build lasting ties of cooperation and cultural exchange that will outlast the war and contribute to the rebuilding of the Ukrainian education system when the war is over,” she said. It comes as the UK government announced £190,000 to fund more partnerships under the twinning scheme, which UUKi runs with Cormack Consultancy Group.

The pandemic has had a lasting legacy on the mental health of the “Covid generation” of students, exacerbating rates of anxiety, depression and self-harm and resulting in a “significant rise” in young people struggling at university, experts have said. UK universities have reported that more students are experiencing mental health problems in the aftermath of the pandemic, and that this is expected to continue with the cohort arriving in September, whose school experience was heavily disrupted by the pandemic. The president of the National Union of Students, Larissa Kennedy, said she was “deeply concerned” by the student mental health crisis, which was “getting worse”, with NUS research suggesting “the majority of students are burdened by anxiety”. Recent research by the Humen mental health charity suggested that more than two in five (41%) of students did not think their institution prevented problems from arising.

Getting an A in your exams will no longer guarantee a university place this year as the competition among students increases, a professor of social mobility has warned. Lee Elliot Major, a professor at Exeter University, told The Telegraph that an unprecedented number of students with high grades could miss out on their first choice as they faced “the most highly competitive race” for university places in living memory. The “days of universities fighting over students are over” as A-Level students head towards a “perfect storm” due to a rising number of applicants, a “Covid bulge” at elite universities due to a large number of admissions during the pandemic, and a limited supply of quality apprenticeships, he said.  There would also be an “effective cap” on home student places as universities were incentivised to prioritise overseas student fee income which could rise to help cover rising costs, he said.

Students with top A-level grades will be turned away from universities under the most competitive admissions process in living memory, an expert will say today. Lee Elliot Major, professor of social mobility at Exeter University, believes this year will mark the start of a “new tougher era” in the battle for places and warned that poorer pupils could suffer for the next ten years. Universities took on record numbers of students last year as so many achieved high exam grades, putting pressure on space for this year’s freshers. The population of school-leavers has grown but the number of apprenticeships and school-leaver jobs has not kept pace, he will tell the Forum for Access and Continuing Education conference in Southampton.

Universities across the UK could soon be forced to cut the number of UK students they take, increase class sizes and axe staff, vice-chancellors warn. They are calling on the government to intervene to stave off a crisis, as the real value of tuition fees plummets. The prestigious Russell Group of universities says institutions are making a loss of £1,750 a year teaching each home student because tuition fees have remained almost static for 10 years and have not kept pace with inflation. On average, universities will be losing £4,000 a year on every UK undergraduate by 2024, the group says. Experts say some may end up pulling out of teaching UK students, focusing entirely on international students and postgraduates. The government raised the cap on tuition fees to £9,000 a year in 2012 and it has been fixed at £9,250 since 2017. Ministers are widely assumed to be determined to avoid any discussion of this politically toxic issue in the run-up to the next general election, and have already confirmed that fees will remain frozen until at least the 2024-25 academic year. But university heads say the current funding system is “just not working”, and the government must think about how to support them adequately, either by offering additional funding for teaching or by overhauling how higher education is paid for.

Almost half (49%) of university students and graduates aged 18 to 22 say the prospect of taking out a student loan made them think twice about attending university, a survey has found. A third (36%) of people surveyed predicted the situation would worsen and deter future students from attending university, according to the findings from credit reference agency Equifax. In April, it was announced that 10 years would be added to the repayment period for new entrants next year and the tuition fee cap would be frozen at £9,250 for a further two years – up to and including the 2024 to 2025 academic year.

JOIN US AT THE CDBU AGM – 12 JULY 2022 – EMAIL CDBUMEMBERSHIP@GMAIL.COM FOR MORE INFO