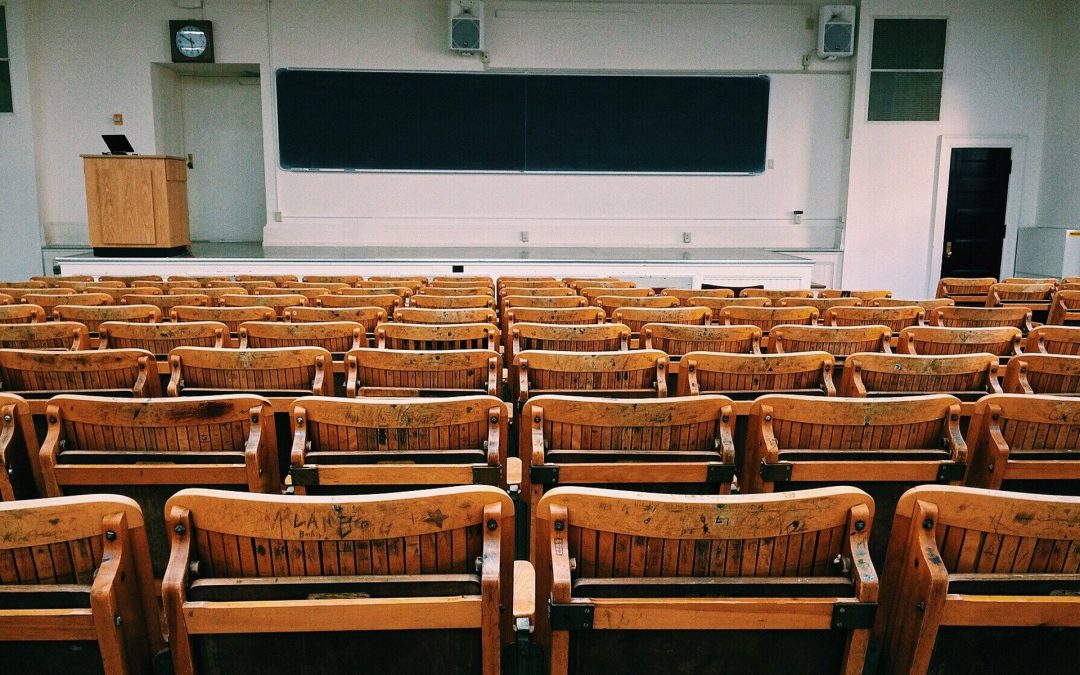 Sexual abuse at English and Welsh universities has been described as a “public scandal” after a report revealed that universities are systematically failing to address instances of assault and harassment, while another report commissioned by Universities UK has claimed that British universities “perpetuate institutional racism”. Meanwhile, extra time and funding for PhD students has been rejected by UKRI, and UUK have set out to develop a new charter which will seek to tackle so-called “low quality” courses.

NEW ON THE CDBU BLOG!

Professor John Drury, member of Independent Sage and Social Psychologist at the University of Sussex, asks why universities and government have ignored the scientific advice and pushed forward with “blended learning”.

An estimated 50,000 incidents of sexual abuse or harassment take place in universities in England and Wales every year, according to research, which accuses the sector of failing to adequately address what is “fast becoming a public scandal”. It also shines a light on sexual harassment and abuse by staff, including distinguished academics, where universities can be reluctant to take action because they want to keep their star performers.

Unsafe Spaces reveals the shocking extent of sexual abuse in English and Welsh universities and offers practical solutions to the present crisis and to the culture of disrespect which blights many universities and allows such abuse to continue unchecked.

We are amazed that British universities have never conducted a proper survey to establish the extent and nature of the problem. Universities only know about the victims who report their abuse, but this is utterly misleading because sexual abuse is massively under-reported. We interviewed 60 victims and few of them had told their universities. In a terrible reversal of blame, victims often feel that they are in some way responsible. That guilt is part of the miserable legacy of abuse. Suspicion replaces trust, confidence is undermined and intimate relationships become more difficult.

UK universities “perpetuate institutional racism” and vice-chancellors should undergo training to improve racial literacy as part of a sector-wide crackdown, according to a report by Universities UK. UUK has called on senior leaders to admit where there are problems of racism at their institutions and to improve understanding and awareness among staff and students of racism, racial micro-aggressions, white privilege and white allyship.

In the past few months alone, the Covid-19 pandemic and the Black Lives Matter movement have shone a stark light on the racial inequalities that exist throughout all sections of UK society, including within higher education. The Equality and Human Rights Commission (EHRC) report, Tackling racial harassment: universities challenged, published a year ago, drew attention to racial harassment and its prevalence in our universities. The sector cannot reach its full potential unless it benefits from the talents of the whole population, and individuals from all ethnic backgrounds can benefit equally from the opportunities it provides. These developments reinforce the need to act now.

Students have been left reeling after the UK’s biggest funder of PhDs announced that thousands of researchers will not be given extra time or funding to complete their degrees. UK Research and Innovation (UKRI) supports around 22,000 students at any one time – up to a quarter of all doctoral students in the UK – with an annual budget of around £400m. Thousands have now been told they must find a way to finish their research on time, causing distress among students.

English universities are establishing a charter to help identify and improve potentially low-value or low-quality courses. The development of the charter, which is being led by a Universities UK (UUK) advisory group, will focus on publishing a statement of intent, agreed by universities, and highlighting best practice where universities are already identifying low-value or low-quality courses and taking rapid action to address these issues. UUK will also publish guidance, which universities will be expected to follow and will include recommendations for when to close, merge or reform courses.

England’s higher education regulator is to clamp down on higher education providers with high dropout rates under wide-ranging plans to “raise the bar on quality and standards”. Under existing rules, the Office for Students (OfS) currently requires institutions to ensure at least 75 per cent of their full-time first-degree students progress from the first to second year of study – one of several student outcome “baselines” related to continuation, completion and progression into employment that are used to monitor a provider’s performance. In a consultation published on 17 November, however, the regulator proposes to “adopt an approach to setting numerical baselines that would result in an increased, more challenging performance requirement for all providers”.

UK research funding bodies have decided to press ahead with the country’s research excellence framework (REF), sticking with a submission deadline of 31 March next year. The controversial assessment of research quality, carried out every six years to help determine university budgets, was paused for four months in March 2020, as the pandemic hit, and the deadline pushed back. There have been calls for the REF to be scrapped altogether as academics grapple with the upheaval of a switch to online teaching, but the UK’s four main funders announced on 20 November that it would go ahead in the spring, following a review of the situation in October.

The Office of the Independent Adjudicator (OIA) has published summaries of 10 cases to show how it handles different scenarios. One university was told to pay a student just over £1,000 after a month of teaching and a final project worth 60% of a module was cancelled. The OIA said the institution had not taken “sufficient steps” to mitigate disruption. In June, thousands who missed out due to the lockdown were urged to sign up to “mass action” to win compensation. The National Union of Students (NUS) has demanded debt relief and refunds for people whose studies were disrupted, calling for a more simplified complaints process, claiming students have been “passed from pillar to post” and that some institutions have disregarded their concerns.

The vice-chancellor who oversaw the creation of the UK’s research excellence framework has admitted that bureaucracy has become a “bit of a monster” in higher education. Rama Thirunamachandran, vice-chancellor of Canterbury Christ Church University, told Times Higher Education’s THE Live event that sector workloads were “high” and “had increased over the past decade or two because of some of the administrative and bureaucratic requirements imposed by regulators and external agencies”.

After years of decline, the neoliberal university in Britain is in turmoil, and the current pandemic is only fanning the flames of a completely untenable situation. The crisis at Manchester is a part of a broader picture: like many other universities, Manchester refused to extend contracts to many staff members who weren’t on permanent contracts, leading to over 600 teachers, researchers and professional support taking voluntary severance this summer. For‌ ‌a‌ ‌generation‌ ‌of‌ ‌students‌ ‌who‌ haven’t‌ ‌known‌ ‌an‌ ‌alternative‌ ‌system‌ ‌of‌ ‌higher‌ ‌education,‌ who were brought up in the decade where education experienced a push to privatisation and corporate pedagogy, ‌it‌ ‌is‌ hard‌ ‌to‌ ‌envisage‌ ‌a‌ ‌world‌ ‌without‌ ‌marketisation.‌ ‌But,‌ ‌simultaneously,‌ ‌we’re‌ faced with a crisis‌ ‌of‌ ‌neoliberal‌ ‌education‌– and we are occupying, rent striking, and protesting because we don’t want to ignore the problem, we are going to confront it.

The University of Manchester has launched an investigation and suspended some security guards after a student alleged that he was racially profiled. Footage posted on social media on Sunday night showed security officers detaining a student against a wall while demanding his identification. The incident is understood to have happened at the University of Manchester’s Fallowfield halls of residence, which was the focus of protests earlier this month when metal barriers were installed because of concerns about people breaching the Covid-19 lockdown.

The proportion of students awarded first-class degrees in England has increased by almost 90% over the past eight years, with four in five graduates leaving higher education with either a first or a 2:1. Official figures show grade inflation has slowed over the past year, but the Office for Students (OfS), the higher education regulator for England, said it remained a “significant and pressing issue” that threatened to erode public confidence.