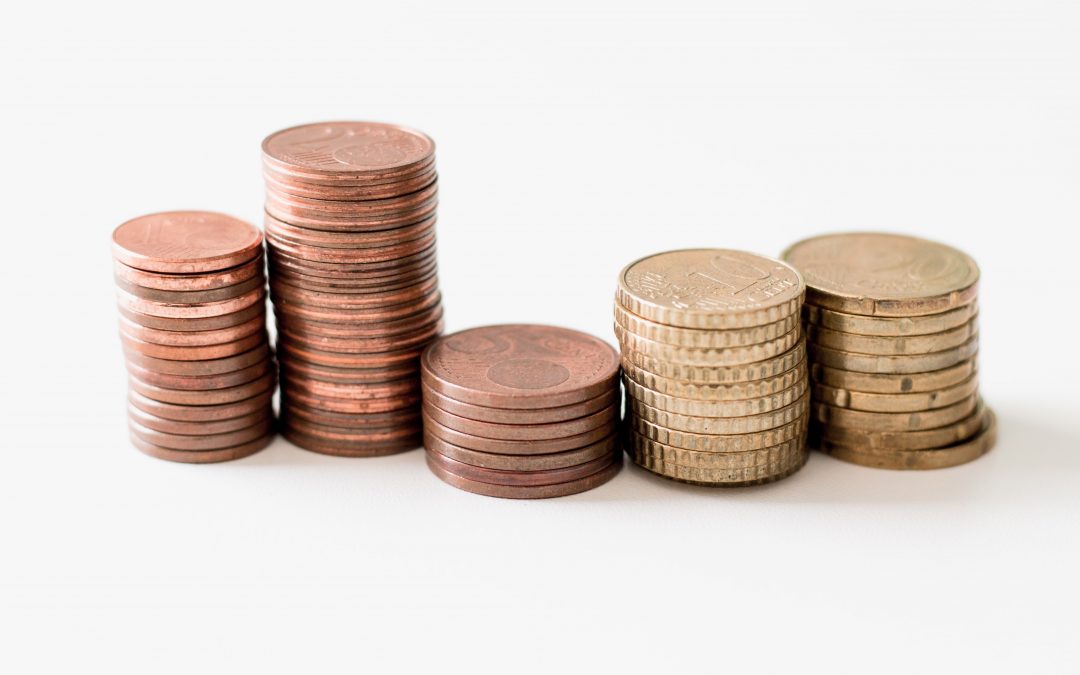 The universities regulator, The Office for Students, has this week confirmed drastic cuts to funding for arts and creative subjects amid government plans to redirect the money to fund other “high-cost” subjects including science, technology, engineering and mathematics, medicine and healthcare. The cuts have been described as ‘the biggest attack on the arts in living memory’ by UCU.

UPDATES FROM THE COUNCIL FOR THE DEFENCE OF BRITISH UNIVERSITIES

The Council for the Defence of British Universities is pleased to publish its position paper on Academic Freedom brought together by three executive committee members: Dr Kelli Rudolph, Professor Susan Bruce and Professor John Holmwood. The paper articulates the nature and importance of academic freedom as a public good and highlights the challenges it currently faces. It sets out a series of suggestions for protecting academic freedom within universities and beyond, including a model ordinance that individual institutions might adopt to assert institutional autonomy in upholding this essential principle. You can read the paper here.

CDBU is pleased to announce a new blog series on the topic of academic freedom. The blog series will begin in the coming weeks, kickstarted by a blogs from Peter-André Alt, former president of the Freie Universitaet of Berlin and President of the German Rectors’ Conference. We are currently seeking submissions for this series. If you would like to contribute, please get in touch with blog editor Becca Bashford at cdbupress@gmail.com.

CDBU is gravely concerned by the recent announcement made by the Office for Students confirming funding reforms which will see devastating cuts made to arts and humanities courses. We will publish a press release on the issue in the coming days alongside a blog on the importance of the arts and further resources.

Funding cuts to go ahead for university arts courses in England despite opposition – The Guardian, 20/07/21

Ministers have been accused of “one of the biggest attacks on arts and entertainment in English universities in living memory” after proposals to cut funding for arts and creative subjects in higher education were confirmed by the universities regulator. When the planned cuts emerged earlier this year, artists and musicians launched a campaign to fight the proposals, accusing the government of neglecting the country’s “cultural national health” by pursuing what they described as “catastrophic” funding cuts to arts subjects at universities. The controversial reforms affect a specific funding stream which is directed at high-cost subjects in higher education and will result in money being taken away from creative arts subjects, while more is invested in other high-cost subjects, including science, technology, engineering and mathematics (Stem), medicine and healthcare, in line the government’s priorities.

Ministers to overhaul university funding after long consultation – The Guardian, 09/07/21

Ministers are to pave the way for an overhaul of university funding, with tuition-fee cuts, a cap on student numbers for certain courses and minimum qualifications among the options being considered in a soon-to-be-published consultation. The long-awaited consultation document, intended as a response to the Augar review of tertiary funding, is to list potential policies designed to lower the cost to the government of financing England’s student loan system, after ministers and advisers failed to settle on a central option. Divisions between No 10, the Department for Education and the Treasury over alternative policies means the consultation is to include what one sector leader called “a menu of unpalatable options” that have been argued over behind the scenes for several months.

Jo Grady, general secretary of UCU, said: ‘This drastic cut to creative arts funding is one of the biggest attacks on arts and entertainment in English universities in living memory. It will be hugely damaging for access, creating geographical cold spots as many courses become unviable – including at institutions in the capital where London weighting funding is being removed. The universities most vulnerable are those with a higher number of less well-off students and it is unconscionable to deny them the chance to study subjects like art, drama and music. ‘This announcement undermines the huge contribution the creative arts sector makes to society and the wider economy, and ministers should be careful not to try and fool anyone by suggesting a comparatively modest increase for some select specialist institutions will make up for this act of vandalism, which will risk widespread job losses within these vital subjects.’

University of Sheffield staff to ballot for industrial action over plans to close archaeology department – UCU, 15/07/21

A Russell Group university is offering a year’s free accommodation and a bursary of £10,000 to medical students who agree to defer their studies for a year amid a surge in applications to study medicine and uncertainty about A-level grade inflation. The University of Exeter said there had been a significant increase in the number of candidates for medicine who had made Exeter their first choice, but because of a cap on numbers students are being offered a range of incentives to encourage them to delay their studies. The university has written to candidates who have accepted offers to study medicine starting this autumn, asking if they will delay until 2022. In return the university will guarantee their place, if they get the required grades, provide free accommodation worth up to £7,600 and a cash bursary of £10,000 “to spend on preparing yourself”.

The arrival in the UK of a potential 100,000 international students from Covid red-list countries in the coming months presents a “clear quarantine-capacity problem” that could “overwhelm” the system, with allowing universities to use their own accommodation for quarantine one possible solution discussed in the sector. Travellers with residence rights in the UK arriving from red-list countries are required to quarantine for 10 full days in a managed quarantine hotel. With nations such as India and now Indonesia on the red list, overseas students alone could pose a problem in terms of quarantine hotel room numbers – reported to be a maximum of 28,000 when the red-list system launched in February, but potentially lower now.

Gavin Williamson: ‘Cancel culture’ must not be allowed to damage free speech at universities – The Telegraph, 11/07/21

“Cancel culture” risks jeopardising British universities’ global reputation as bastions of free speech, the Education Secretary has warned. Gavin Williamson accused vice-chancellors of “unwittingly” allowing “chilling” practices that curtail free speech to take hold on campuses.  Writing in The Telegraph, he said that “time and time again” he hears of instances where lecturers have been silenced or even threatened with dismissal for airing views that some find offensive.  Mr Williamson said that universities in the UK have a “long and golden reputation” for protecting free speech, but warned that while reputations are hard won, they can be far more easily lost.  “When students from all over the world flock to our universities, they do so on the expectation that they will be immersed in a broad range of views and opinions,” he writes. “They do not expect to be prevented from hearing those views or even silenced before making them heard.”

School leavers across the UK have shrugged off fears about the continuing impact of Covid and applied for undergraduate places in record numbers, according to data from Ucas, the university admissions administrator. The admissions service said that across-the-board increases in applications and offers of places meant the highest ever number of students would be starting university or college courses in the autumn, with particularly high rates of applications coming from women and sixth-formers. The push for places suggests students in England are undeterred by the government’s repeated warnings about “low-value” degrees that offer little boost to graduate pay, or by the prospects of student loans of more than £40,000 on average by the time they complete their degree.

Today it is an open question whether the Union still exists, despite the sound and fury about indy2 and other political noise. Two of the key functions of the modern State – health and education – are now in the separate hands of the Scottish Government and, in default of devolution in England, the UK Government. The third key function, management of the economy, although awkwardly shared between Edinburgh and London, remains predominantly in the hands of the UK Government. The pandemic has highlighted just how far devolution has gone (in Wales too). But devolution has been a long time in the making, even setting aside the conditionality of the original 1707 Union. Scotland never introduced the customer-contractor principle that underpinned English reform of the National Health Service. When student fees were reintroduced in England, Scotland, after a brief wobble, retained the principle of free higher education. These are only the two most high-profile examples of policy divergence. In this curious Cheshire Cat context of a Union that both endures but has faded away Scottish higher education – or, more accurately, Scotland’s universities – are awkwardly poised.

‘Covid has been a big catalyst’: universities plan for post-pandemic life – The Guardian, 13/07/21

Manchester University this week became the first institution to confirm that lectures will remain permanently online, and responses to enquiries by the Guardian suggest it is unlikely to be the last, with many vice-chancellors keen to retain and build on changes wrought by the pandemic. The lifting of Covid restrictions on 19 July, announced by the government this week, will allow for a full return to face-to-face teaching in higher education, but university leaders are keen not to overpromise. Soaring infection rates aside, many staff believe digital initiatives adopted in a state of emergency should be kept as they enhance the student experience. Large lectures in cavernous theatres will be cut back, as will the traditional three-hour exam. Vice-chancellors say the shift to online assessments has been a positive of the pandemic experience, with universities such as Cambridge and Warwick already announcing their intention to stick with them.