News round-up: Thousands of university staff made redundant since the start of the pandemic 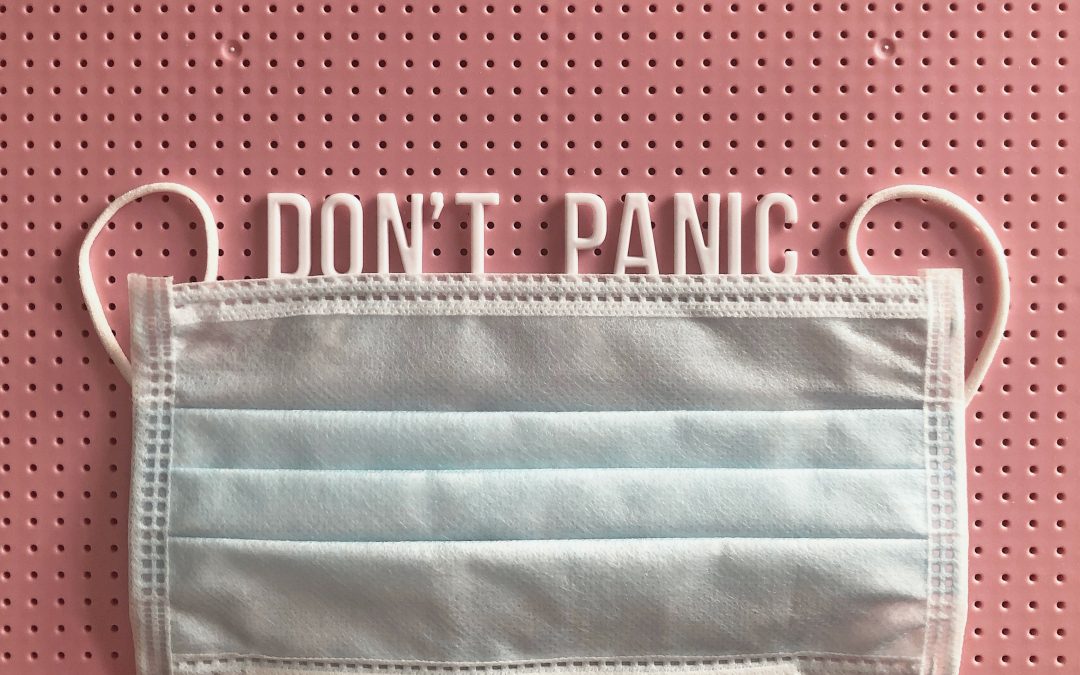 An FOI request made by Times Higher Education has revealed that thousands of university staff have been made redundant since the coronavirus pandemic hit. Meanwhile, students across the country have planned the biggest rent strike in decades with over 20 strikes underway or being organised for the new year.

New on the CDBU blog:

Academic Freedom in India: Open letter for the immediate release of jailed academics

Message from Dr Rowan Williams: “There are a good many places in our world where the defence of academic freedom is more than just resisting unintelligent administrative pressures and the tyranny of basic accountancy; and one of those places at the moment is India.  None of us can stand by while academic colleagues are imprisoned for their views by an increasingly intolerant government, and I urge all our members to support this open letter and to give it the widest possible publicity.”

Student activists are preparing for the biggest wave of university rent strikes in four decades amid growing frustration at heavy-handed hall lockdowns, the prospect of paying for empty rooms andlittle face-to-face teaching when they eventually return in the new year. There are at least 20 rent strikes currently under way or being organised on campuses, with activists at both Oxford and Sussex universities this week signing up hundreds of students ahead of the new term. Other institutions also preparing action include Goldsmiths, University of London, and Edinburgh and Cambridge universities.

UK universities have made thousands of staff redundant since the start of the coronavirus pandemic, figures show. The data, obtained by educational platform Edvoy using Freedom of Information requests and seen by Times Higher Education, show that more than 3,000 staff were made redundant between 1 March and 20 September this year by the 104 universities that responded. This includes those employed on fixed-term contracts that ended without being renewed. The impact of the pandemic on university finances has led to reports of many institutions opting against renewing the contracts of staff in non-permanent roles.

The Doctor in Philosophy (PhD) is the highest university degree, awarded to just 1.4 percent of UK people. The qualification is usually required to teach in higher education but the many barriers to progression encountered by racially minoritised students and staff are reflected in the lack of diversity at leadership and professorship level. The PhD research degree traces back to the late nineteenth century, so it is no surprise universities are being called upon to #DecoloniseEducation and “remove the things that have led to racism, colonialism, and imperialism”. The process of studying for a doctoral degree continues to impact negatively on mental health across cohorts, while funding councils consider revising the current PhD study model to combat this. Given that the UK government plans to invest 2.4 percent of GDP in research and development by 2027, it is time to decolonise doctoral degrees of the future, now.

Tackling drunken students by night, teaching by day: PhD students say they are being exploited – The Guardian, 28/11/2020

The pandemic is shining a light on the experiences of PhD students, who feel they are forgotten in-betweeners, neither staff nor students. Those lucky enough to secure government stipends or university scholarships for their research point out that with a typical monthly income of around £1,250, they are still surviving on less than the minimum wage. Many are juggling hourly-paid teaching jobs alongside demanding research deadlines to try to make ends meet. As Covid spreads across campuses, PhD students are often the ones expected to continue to teach classes face to face.

Britain’s most prestigious universities have taken more than £60m in research and teaching funding from companies in the coal, oil and gas sector in the past five years, The Independent can reveal. Data obtained via freedom of information (FOI) requests shows that earth sciences departments at the majority of the 24 Russell Group universities in the UK have taken money from fossil fuel interests since 2015 – despite the fact that, publicly, several have declared a “climate emergency” and pledged to divest from fossil fuel companies. The earth sciences department at Imperial College London was by far the largest recipient of funding, accounting for around half at £30.1m.

The mass Covid testing of students, so they can go home safely for the Christmas break, is starting at many universities across the UK. Universities are opening temporary testing centres where hundreds of thousands of students will be checked for Covid this week before they leave. Students have been asked to take two tests, three days apart. If they test negative, many students will leave university in the “travel window” starting from 3 December, but testing is voluntary and it will not be available in all universities.

While blaming others is a common human reaction, in assuming students are the problem, people can become blind to their own role in spreading the virus and avoid facing up to the responsibilities that rest with us all. A change of mindset here is urgent. Over the next few weeks, people across the country will enjoy a lockdown-free Christmas and New Year. Infection rates will rise considerably as a result. When they do rise, we should all keep this evidence in our minds and not blame students. Students are hardly the only people who will be mixing with friends and family over Christmas. Nor are they the only people who will travel. London, for example, is usually far quieter and it cannot be only students who leave the capital.

As many as 40 English universities are thought to be struggling with pandemic-driven financial problems that could potentially breach their loan agreements with banks and see auditors declare concern about their ability to continue operating. The figure of 40 universities experiencing problems with liquidity – a measure of an organisation’s ability to turn its assets into cash to meet its liabilities – and undertaking restructuring has been circulated in the sector by finance experts. That could have a bearing on audit firms, who have to decide whether to sign off an organisation’s accounts with a statement that it is a “going concern” – able to meet its obligations over the following 12 months.

Students must be exposed to outlandish, provocative or uncomfortable ideas at university, the education secretary said yesterday as he welcomed a vote by academics forcing Cambridge to change its policy on free speech. Gavin Williamson said that other universities should pay heed as young people need to make up their own minds and must learn to think independently. Cambridge changed a draft policy which said that opposing views should be “respected” by students, lecturers and visitors. The policy now says other views must be “tolerated”. Academics said the original wording would create a “vague and authoritarian” policy which would stifle debate and could raise the threat of disciplinary action or sacking if academics were deemed disrespectful.

Universities fined students more than £170,000 for breaching coronavirus safety rules in the first weeks of the new academic year, a Guardian analysis has found, as students told of struggling to make friends without flouting restrictions. Twenty-eight institutions fined students for breaking university, local and national Covid rules, including on household mixing, mandatory face coverings and social distancing, according to responses from 105 universities to freedom of information (FoI) requests. University of Nottingham students paid more than one-third of the total amount, with 91 fined a total of £58,865 up to 12 November – more than the amount levied on its student population by police. The university said the individual fines it issued were up to £1,500.

The return of students to universities after Christmas will be staggered over at least a six-week period, Scotland’s education secretary has said. John Swinney told the Scottish Parliament that most undergraduates would resume their studies at home. They should then only return to campus when told to do so by their university. The aim is to prevent a repeat of the coronavirus outbreaks in halls of residence when students started their courses earlier this year. Mr Swinney said students should “voluntarily reduce their social interaction two weeks before they come back to university and two weeks after they come back to university to try to minimise the risk”.

David Benson, principal of Kensington Aldridge Academy, has called for special consideration to be given for students from the poorest postcodes, because they were the hardest hit in the pandemic. “They disproportionately benefit students from wealthier backgrounds, who will be able to make the most of the extra prompts. We would like to see special consideration for students from the poorest postcodes. They have not had the same advantages as their wealthier peers, and deserve extra consideration — even if just one or two per cent. I don’t think people will begrudge these students having a marginal boost, as everyone can see they have been hit hardest.”

The former Google chief executive Eric Schmidt has thrown his support behind a British venture capital firm turning students into start-up investors.  Schmidt Futures, the philanthropic initiative co-founded by Eric and Wendy Schmidt, has provided grant funding to the Creator Fund, which launched in February with the ambition of training students to become VCs to invest in their peers. His support, together with backing from the Founders Factory, allows the Creator Fund to expand its reach, with the fund now working across 25 universities campuses in Britain, including in Belfast and Birmingham.  Separately, the fund has raised a £1.5m round to allow those student venture capitalists to increase investments in their peers’ start-ups.

Exam board invites university students to mark some GCSEs and A-levels – The Guardian, 11/12/2020

AQA, the UK’s largest provider of academic qualifications, is inviting “postgraduates and undergraduates who have completed their first year of studies” in theology, philosophy and economics to undergo assessments in January and February, as part of a new pilot scheme. “Those who are successful will have the opportunity to join our community of examiners,” the job advertisements state. The students are being recruited “with the view to marking … exams in the summer of 2021”.

Ofsted inspectors will assess how a school is delivering its curriculum through remote learning when full inspections resume, Tes has been told. Chris Russell, the watchdog’s acting national director for education, said Ofsted’s findings on remote learning could form part of the assessment it makes about the quality of education at a school. However, he said that schools managing an active “situation” with Covid-19 would be able to ask Ofsted to defer an inspection – as they can now with the inspectorate’s visits this term.

The students working at the hastily assembled Covid testing stations at universities across the UK describe themselves as “Santa’s little helpers”—working for around £600 a week on the front line of the country’s battle to get their peers home safe for Christmas. According to the government’s latest guidance, universities will be testing students for coronavirus up to 9 December, while the “travel window” for those deemed safe to go home opens on Thursday 3 December. Research Professional News has been speaking, on condition of anonymity, to final-year undergraduate and postgraduate students who have been testing their peers using lateral flow devices—which can give a result within an hour without the need for a laboratory.