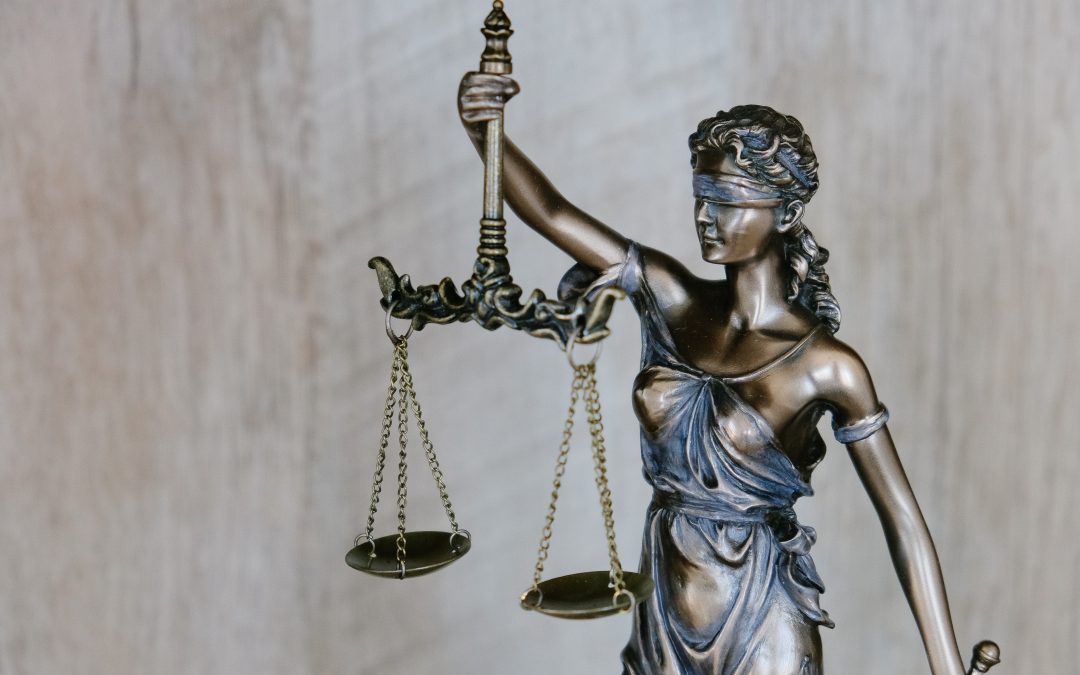 UCU have called for a judicial review of the government’s decision to ignore calls from its own Sage committee to move all non-essential teaching online and instead reopen campuses for face-to-face teaching. Sage advised the government that coronavirus outbreaks spurred by the reopening of campuses would be “very likely”. UCU have since recorded 27,000 positive cases on campuses across the UK.

“One of the things that should distinguish a university is the freedom to decide its policies in the light both of the best knowledge available and of the long-term interests of society at large.  On both counts, scientific and ethical, there is really no alibi for not examining very critically the investment of HE institutions in fossil fuels. Universities will quite properly enhance their public credibility by effective and intelligent action on this issue, and the signs that this is beginning to happen are very welcome indeed.”

‘A public inquiry is needed to investigate why the start of academic term 2020/21 resulted in: students being prevented from leaving accommodation, overworked academic staff, concerns about university finances, all without clear steer or support from Government.’

‘Winter is closing in on the ‘Covid Generation’ – those young people most affected by the pandemic. Youth unemployment, though creeping up significantly, has not yet reached the levels feared in the early stages of the lockdown.  Nevertheless, with furlough support winding down, it is predicted a million more young people trying to enter the labour market will face significant barriers. Revised job support measures might make it easier for businesses to retain some skilled part-time staff, but will do little to help the industry as a whole and the students who underpin it.’

The UK’s largest academic union is seeking a judicial review of the government’s decision to ignore advice from its own Sage committee of experts to move all non-essential university and college teaching online in September. In a pre-action letter, sent to the education secretary Gavin Williamson and shared with the Observer, the University and College Union (UCU) argues the government’s failure to direct universities to move to online teaching this term was unlawful, unfair, unjust and irrational.

UK universities accused of keeping students at all costs until after fee deadline – The Guardian, 17/10/2020

Simon Marginson, professor of higher education at Oxford University, says that universities are becoming like “incubation chambers for the pandemic in local communities, like arsonists amplifying a fire”. He says that despite believing in their duty of care to their students, universities are being forced to focus on fee income because the government has failed to offer them any financial support if they lose students and is pushing them to remain open.

The rapid increase in Covid-19 cases among student populations could embitter relations between universities and their local communities, unless the higher education sector works hard to show its worth, it has been warned. As some UK cities with a strong student presence were set to face stricter coronavirus restrictions, experts said that institutions must do more to demonstrate what they are doing to keep the wider community safe and to play a crucial role in regional economic recovery after the pandemic, or risk losing their neighbours’ goodwill for good.

Universities will be able to continue offering in-person teaching during a two-week “firebreak” lockdown in Wales. The Welsh government also said that all students would be asked to remain at their term-time addresses during the lockdown, designed to slow the spread of coronavirus and to prevent the NHS being overwhelmed by growing numbers of cases.

Bristol students to withhold rent over university’s ‘lack of support’ – The Guardian, 19/10/2020

Hundreds of mainly first-year students in Bristol are poised to stage a rent strike in protest at the university’s treatment of people forced to self-isolate in halls and degree courses taught almost entirely online. According to organisers, more than 800 students have so far signed a pledge to withhold their rent to the university when it is due on Friday. They are calling for Bristol to release students who want to go home from their rental contracts, refund 100% of deposits, and offer a 30% reduction in rent for the rest of the year for those who choose to stay.

One Cambridge student published an anonymous confessional on the ‘Camfess’ Facebook group last weekend, asking, “Is there anyone who feels a disgusting sense of privilege at the fact we are being tested every week without symptoms, whilst there are thousands of people in the rest of the UK unable to access anything near to this?” But Cambridge is one of hundreds of universities that has developed bespoke strategies to test for Covid-19, amid a backdrop of public frustration over shortages and delays in the central government system.

Universities accused of pressuring staff to work on campus – The Guardian, 21/10/2020

Universities have come under fire for pressuring staff to work on campus to create a “vibrant” atmosphere, with one saying it was important students were deterred from seeking tuition fee refunds. Employees working in administrative roles at both Staffordshire and Birmingham Universities told the Guardian that they had been threatened with disciplinary action if they did not come on to campus.

Students have already suffered heavily from the pandemic. Whilst few are at risk of severe illness from Covid-19, the impact of months of isolation upon mental health has been devastating. Placements have been delayed or cancelled; years abroad have vanished; and degrees that were already poor value for money are now online only. I pay over nine thousand pounds a year for six contact hours a week – six hours of sitting, hunched over my laptop, staring at a screen. I’m aware that many students are privileged, but the system does not work, and instead of taking the opportunity to reform the sector, universities have tried to pretend everything is normal, and the government have backed them up.

Pave and The Intern Group are amongst a handful of companies that have long been charging UK-based students and grads thousands of pounds to do unpaid internships abroad, the latter claiming that 88 percent of their alumni find graduate-level employment three months after completing their programme. After all, gaining relevant experience has always been key to landing top grad roles – why else would students slog it out at summer internships?

‘My mental health had never been worse’: loneliness of the UK’s isolating students – The Guardian, 22/10/2020

Students across the UK have expressed serious concerns about the impact on their mental health of the restrictive measures imposed by universities. Their accounts come as the government’s scientific advisers said that while Covid posed less direct risk to younger people’s physical health, the pandemic could catastrophically damage their mental health and economic and social prospects. Several students said the had deferred their place, dropped out, or have been considering doing so.

Rallies and rent strikes: how students and staff are uniting against Covid chaos – The Guardian, 21/10/2020

In August, A-level students joined forces to voice their anger on social media at the algorithm that failed to give them fair grades, helping force a government U-turn in favour of teacher-estimated results. Now, some of those same students are stuck in lockdowns at halls of residences at universities across the country, studying online and restricted to socialising with their households – and they’re angry again. “Students were mobilised by the A-level U-turn. Now they’ve come on to campus, they’re thinking: ‘I’m sitting in my room watching a screen, which I could have done at home, why am I paying this money?’ There’s growing political awareness that enough is enough,” says Sabrina Shah, co-president of the School of Oriental and African Studies students’ union.

Exeter University planned to entice students back to halls by hosting enough events to ‘justify’ their return – Telegraph, 24/10/2020

Exeter University said they wanted to organise enough activities to give grounds for students to live on campus, according to a memo sent to staff. Linda Peka, Exeter University’s chief college operations officer and deputy registrar, wrote to staff in August about arrangements for the new academic year. The email set out a number of timetable principles, including: “We will aim to provide a sufficient number of synchronous (‘live’) activities to help structure students’ learning, and sufficient on-campus activities to justify student residence on or near campus”.

EVENT: What’s next for the future of universities? – The British Academy (free)

In this event, British Academy Vice President Simon Swain will draw on an expert panel to discuss the ongoing impact of COVID-19 on universities and reflect upon the resilience of the higher education sector, student wellbeing and safety, innovations in teaching and learning, the contribution of UK universities to local and national responses to the pandemic and its international ramifications.

New HEPI report reveals over 350,000 more higher education places will be needed in England by 2035 to keep up with demand, while Scotland will see a decline in demand for places over the same period, despite increased participation in higher education.

Universities have called for a testing system with a rapid turnaround of results. But there have been questions about the feasibility of how quickly this could be scaled up – and how to avoid what the SAGE scientific advisory group calls the “significant risk” of students causing outbreaks by moving for Christmas and New Year. De Montfort and Durham universities are now running pilot projects for rapid Covid testing, including identifying those who might be infectious but have no symptoms.

Nineteen universities have been selected to join the third cohort in an ongoing project aimed at developing more inclusive faculty recruitment, hiring and retention in STEM disciplines at universities throughout the U.S. Aimed at ensuring all STEM faculty use inclusive teaching practices and that institutions increase the diversity of their STEM professoriate, participating universities begin their work with a self-assessment of current practices and assets. The institutions are then expected to develop and implement campus action plans to drive change and boost progress across all their STEM programs.