News round-up: University applications from 18-year olds have reached a record high, despite the demographic dip 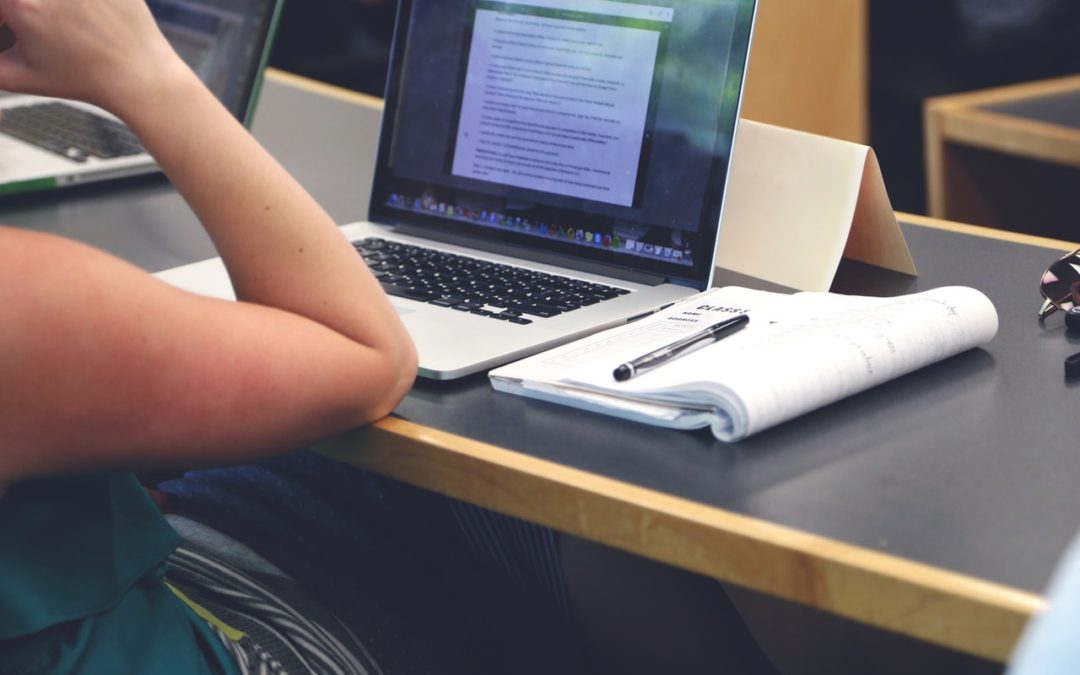 The forthcoming knowledge exchange framework is likely to determine the distribution of institutional funding only “in the longer term”, Research England has said.

At one stage, there were suggestions that the results of the exercise – evaluating universities’ performance in areas such as commercialisation and industry collaboration – could have been used to inform the disbursal of the £213 million Higher Education Innovation Fund as early as the coming academic year.

Working-class students are half as likely as those with wealthier parents to move to a university in the UK’s “golden triangle” for a master’s degree, even if they match them academically, a study reveals.

Researchers from the University of York who analysed data on 35,000 students said that the results indicated that graduates from less privileged backgrounds were deterred by the cost of postgraduate study at the universities of Oxford and Cambridge and  at London’s leading institutions – and that publicly funded loans were insufficient to cover these costs.

At a meeting of the Universities Superannuation Scheme’s joint negotiating committee, plans to increase members’ contributions to 9.6 per cent of their salary were backed by representatives of Universities UK and the independent chair, Sir Andrew Cubie. They currently stand at 8.8 per cent.

A university will no longer be able to impose “academic sanctions” – such as library bans and stopping students from graduating – for failing to meet rent payments.

The University of Liverpool has dropped a controversial policy which penalised students for non-tuition fee debts, including accommodation fees, following widespread criticism.

Abuse case professor ‘could have been stopped sooner’

Former colleagues of a professor who was found guilty of sex offences against male students believe that he could have been stopped much sooner.

Kevin O’Gorman, a former director of internationalisation at Heriot-Watt University, was found guilty earlier this month of 14 counts of assault against eight young men, committed between 2006 and 2017. During this time, the professor of management also worked at the University of Strathclyde.

Suspended dean of Oxford college to be reinstated

The dean of an Oxford college who was suspended last September after being accused of “immoral, scandalous or disgraceful conduct” has won a tribunal hearing and will be reinstated next week.

Martyn Percy, the dean of Christ Church college, will return to work after a tribunal chaired by a former high court judge dismissed the complaints against him following a hearing behind closed doors in June.

Teachers will be given training to make them tougher with unruly children as part of a Government drive to restore discipline to the classroom.

Gavin Williamson, the new Education Secretary, is to launch a review into teacher training which will focus on implementing  stricter behaviour strategies to tackle disruption in schools.

More than £28m of overpayments on student loans in England are being held by the government, researchers have discovered.

It is the result of cases in which repayments continued to be taken even though loans had been paid off in full.

Tory ‘rebalancing’ from HE to FE a ‘policy and political project’

Boris Johnson’s Conservative government will seek to “rebalance” attention and resources away from higher education to further and vocational education in England, a shift that is a “policy project as well as a political one”, according to the director of an increasingly influential thinktank.

A university has been accused of acting out of spite for banning people from using a field it wanted to build on.

Wrexham councillors rejected Glyndwr University’s plan to put 74 houses on a sports field in Rhosnesni over traffic fears and loss of open space.

The university wants to sell it to fund a £60m revamp of its main campus.

A record number of Chinese students will take up places at British universities this autumn as President Trump’s trade war lessens the appetite for studying in the United States.

Some 7,740 Chinese students are due to arrive on campuses across the UK, up from 5,930 last year and 3,480 a decade ago. More than 363,000 Chinese students attended US universities in the 2017-18 academic year but the number of new students enrolling this autumn is expected to fall.

More than a dozen academics, including several leading feminist professors, fear their freedom of speech is being silenced by students complaining they are transphobic.

They include Selina Todd, a professor of modern history at Oxford, and Kate Newey, professor of theatre history at Exeter. Rosa Freedman, professor of law conflict and global development, is believed to be under scrutiny at Reading University, and Kathleen Stock, professor of philosophy, has faced several formal complaints organised by students at Sussex. Some of the women, along with other academics, say questioning of transgender policies is being censored on campus.

Cambridge has offered 67 students a place at the university through the Ucas clearing system after turning them down earlier in the year.

The students, all from disadvantaged or under-represented groups, applied in the normal way to the university last autumn, taking the entrance exam and attending interviews. They narrowly missed out on being offered a place. However, under a new scheme they have been given a late call-up because they did so well in their A levels.

Stormzy to back Cambridge scholarships for black students for second year

Stormzy has announced he will cover the university tuition fees of two more black Cambridge undergraduate students for the duration of their degrees.

The grime artist will also continue to cover costs for the first two students to be supported by the Stormzy Scholarship, who are now entering their second year of study.

Almost a third of all 18-year-olds in Britain have applied for undergraduate courses this year, a record high spurred on by aggressive marketing campaigns.

A day after A-level results were published in England, Wales and Northern Ireland, the admissions service Ucas said more students than ever before had obtained places through its clearing process – 17,000 out of the 210,000 UK students who gained places, a 15% rise from the same point in 2018.

The gap in resources between the UK’s most prestigious universities and the rest of the sector looked set to widen after highly selective institutions shifted further towards lucrative international recruitment in the face of a domestic demographic slump.

Ucas data showed that the number of applicants placed on UK degree courses at the start of A-level results day fell by 0.7 per cent year-on-year to 408,960. The number of placed applicants has been falling in recent years, largely because of the decline in the number of 18-year-olds in the UK population.

Universities have been offering cash rewards to persuade uncertain students to join their courses.

Scholarships of up to £4,500 have been offered to students going through clearing.

But the approach has been criticised for having a negative effect on students’ long-term futures.

The university watchdog is poised to intervene over unconditional offers, as the Office for Students chief has vowed “we can and we will” use regulatory powers to crack down on the worst offenders.

Nicola Dandridge said the regulator will act where they find evidence of “improper use” of unconditional offers, where students are offered places irrespective of their A-level grades.

Some 364,380 UK students have found places on university degree courses, a day after A-level results came out.

A record 17,420 of these found their places through the clearing service, which matches candidates with places once the results are in, the University and College Admissions Service said.

Young people in Britain are increasingly sceptical of the need to go to university and are more aware of apprenticeships, according to polling, as a record proportion of school-leavers await their A-level results.

More than 300,000 sixth formers across England, Wales and Northern Ireland will find out the results of their summer exams on Thursday and in many cases use the grades to gain places on undergraduate courses. But only two-thirds of young people rate a university education as important, according to the poll conducted by Ipsos MORI for the Sutton Trust.

The number of female students taking exams in A-level sciences overtook males for the first time ever this year, the culmination of decades-long efforts to encourage the take-up of science, maths and technology.

But the publication of the summer exam results for hundreds of thousands of students across the UK also showed a dip in results across the board in England, including a sharp drop of one percentage point in those awarded the top A and A* grades to the lowest share since the A* grade was introduced in 2010.

School-leavers’ anxious wait for university places in England could be ended under proposals by Labour that would delay the admissions process until after exam results are published, ending controversial practices that penalise disadvantaged students.

Angela Rayner, Labour’s education secretary, said the next Labour government would undertake an overhaul of the structure and timing of the higher education admissions system in England, to avoid relying on inaccurate A-level grade forecasts and to halt the controversial use of unconditional offers for school-leavers.

Growing numbers of school-leavers are waiting until they have their grades before applying to university at the last minute, through clearing.

In the past, students typically submitted their applications by the January deadline set by Ucas, the admissions agency. But last year a record 17,520 students applied through clearing instead of using the normal process – an 18% increase on 2016. More appear to be choosing the clearing system as a preference, rather than falling back on it because of disappointing results.

Graduates of English universities will be exposed to an increasing debt burden within the next five years, with total interest on undergraduate student loans set to double.

The government figures, highlighted by Labour as an example of the “eye-watering” debts being accrued, show that the interest charged on student loans is forecast to rise by £4.2bn to £8.6bn a year by 2024.

They were once regarded as staples of the students’ canteen. But now burgers, lasagne, chilli and tacos have been taken off the menu at a London university which has banned beef as part of its efforts to fight climate change.

From next month, Goldsmiths, University of London has said it will remove all beef product from its campus shops and cafes. Students will also face a 10p levy on bottles of water and single-use plastic cups when the academic year starts to discourage use of the products.