News round-up: University staff to be balloted on strike action 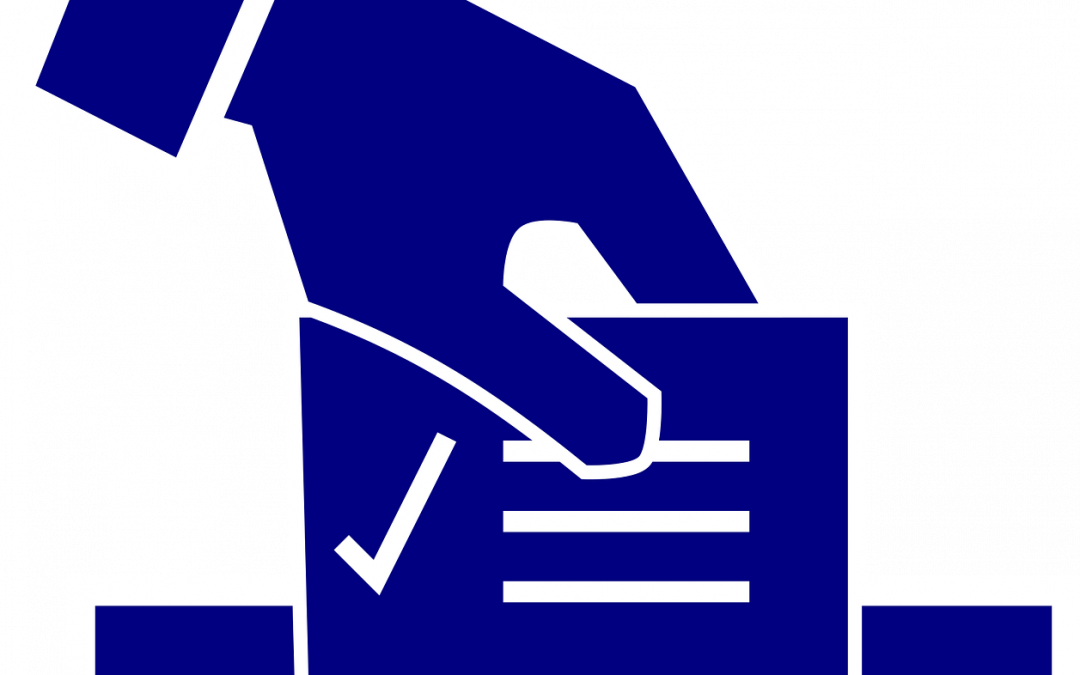 UCU has voted to support a motion calling for industrial action over pensions, pay and casualisation, with potential strikes looming before Christmas. Meanwhile, the sector has shown mixed reactions to the sacking of Education Secretary Gavin Williamson in the government’s most recent cabinet reshuffle.

CDBU is currently accepting submissions for our blog. We are seeking blogs on the topic of academic freedom in particular. If you would like to write for us, please send pitches to Becca at cdbupress@gmail.com

University staff are to be balloted on strike action in the coming academic year, reigniting their battle with employers over steep cuts to pension benefits just as campuses recover from the effects of Covid disruption. A special meeting of the University College Union’s higher education branches has voted to support a series of motions calling for industrial action over pensions, pay and other disputes such as workforce casualisation – with some motions calling for a rapid balloting of UCU members and potential strikes before Christmas.

Cabinet reshuffle: Where did it go wrong for Gavin Williamson? – BBC News,

Gavin Williamson has been the highest-profile education secretary for England since Michael Gove – but probably not for the right reasons. If the pandemic had a political fall guy, it was always likely to be Mr Williamson – often the lightning rod for irritation and exasperation from families facing disruption and U-turns on schools and exams. Now he has become one of the big casualties of the prime minister’s reshuffle – tweeting on his departure that it had been a privilege to serve “despite the challenges of the global pandemic”. It might seem a long time ago now, but before the pandemic Mr Williamson was seen as the bringer of good news. His predecessors as education secretary had faced constant maulings over school funding shortages – but Mr Williamson arrived with the promise of a £7bn increase. It was big bucks and big ambitions.

The National Education Union said they “can’t pretend to be sorry” about Mr Williamson’s departure. “He failed to engage with us on school safety during COVID-19 and presided over funding cuts to the most disadvantaged schools,” they added. Geoff Barton, the general secretary of the Association of School and College Leaders (ASCL), told the BBC he was “not surprised” by Mr Williamson’s sacking. He suggested Mr Williamson was among those ministers who had been appointed for “various beliefs they had, various tribal loyalties” before being faced by the “extraordinary circumstances” of the COVID crisis. Jo Grady, the general secretary of the University and College Union, said Mr Williamson would be remembered as a “disastrous secretary of state who caused deep and lasting damage”. “From the mutant algorithm which attempted to hardwire inequalities into the exam system, to his negligent mismanagement of the pandemic leading to schools, universities and colleges becoming Covid incubators, Williamson’s long list of failures is shocking,” she added.

British universities will fail to offer value for money to students if they persist with online learning, and risk being outclassed by new digital providers, according to the Organisation for Economic Co-operation and Development (OECD). Andreas Schleicher, the OECD’s director of education and skills, warned that post-pandemic efforts by universities to shift lectures and other events online would undercut their “monopoly ” on teaching and erode public support for tuition fees of up to £9,250, which the OECD said remained the highest of their type among industrialised countries. “I do think that the value proposition of universities is being challenged in the age in which we live. I don’t think you can ask students to pay £9,000 for just online lessons,” Schleicher said, as he unveiled the OECD’s roundup of international trends in education. “Students go to university to meet great professors, they go to university to work with colleagues and researchers in a laboratory, they go to university to experience the social life of campus and that’s the value proposition of universities.”

The Pathway from International School to Higher Education report from ISC Research also indicated that around half of the higher education institutions it surveyed opted for more detailed interviews and more references during a year when final exit examinations at schools have been cancelled. Of the 165 institutional respondents in 23 countries, 48% said they were allowing entry to new international students for the 2021/22 academic year without traditional grades or scores. Some 73% said they used detailed interviews and 41% used more references when examination transcripts were not available. Of the 41% of institutions suggesting they expected an increase in international students for the upcoming academic year, 46% were from the UK, 16% from the US, 13.5% from The Netherlands and 8% from Spain.

Staff at Newcastle University have warned that their workload is “spiralling out of control” and having a “devastating” impact on their physical and mental health. A report released by the University and College Union (UCU) branch at the university found that the Covid pandemic deepened existing problems with “unsustainable” pressures and that women have suffered particularly badly. More than half of women said that their workload in the previous six months had been unmanageable most or all of the time, according to a UCU survey of Newcastle University members conducted between February and April this year. The poll found that 78% of staff overall find their workload unmanageable at least half of the time and that people are working 20% longer than their expected hours. Comments from the 429 respondents to the survey included complaints that “home schooling and working is shattering my physical and mental health”, people were “feeling completely overwhelmed”, and that “I cry most days now”. With the new academic year set to start in the coming weeks, the university said it has “tried to be flexible and support colleagues” and was bolstering services to help employees’ mental wellbeing.

Vicky Blake, national president of the UCU says in many universities people are teaching or working in rooms with windows that do not open, or open on to corridors. She says members are “shattered and scared”. “Our union reps are working hard on the ground to support members experiencing a sort of dejected fatigue after a year and a half of the government making clear it just doesn’t care about universities.” The union wants masks and social distancing to be compulsory in class, ventilation to be monitored and for rooms with inadequate ventilation not to be used. At Exeter University, which is admitting far more students than planned after the surge in A-level grades, a lecturer says: “Everyone is frightened.” The academic, who asked to remain anonymous, says staff are worried about giving seminars in poorly ventilated rooms. “If you are shopping in a supermarket, at least it is a big building with some level of air con. In universities like ours, we are talking about buildings that are half a century old with no ventilation.”

Universities are aware of the problems international students are facing. To help, many are offering to cover the costs of PCR tests and quarantine fees. Some like Sussex and Liverpool are even chartering flights to get students to the UK on time. Independent think tank HEPI recently found every part of the UK is ‘financially better off’ – on average by £390 per person – because of international students and the money they bring to the economy. Their analysis shows that just one year’s intake of incoming international students is worth £28.8 billion to the UK economy. Universities UK represent higher education institutions across the UK and say they’re aware of the “challenges Covid-19 has presented” and are working to make the lives of international students easier by introducing things like remote learning. They’re also encouraging “any student experiencing challenges to contact their university to understand what support is on offer.”

Chris Skidmore: Now is the time to recast universities’ relationships with their local area – HEPI, 14/09/21

The nature and role of universities has never been under greater scrutiny. With the establishment of the Longitudinal Education Outcomes dataset, together with the publication of the Augar Review in 2019, the challenge posed to our higher education system is how institutions can not only meet increased demand for wider post-18 learning, but how they deliver ‘successful graduate outcomes’. Yet how we define success has been a widely debated topic. Taken purely in economic terms, or by using graduate salary levels as a definition, risks encouraging a form of social mobility that stresses ‘mobility’ of students – namely to London and the South East – over the ‘social’ need for universities to act as anchor institutions in their local communities, providing a source of talent to help generate not only regional economic growth, but also to widen cultural horizons and improve the health and well-being of an area. It is perhaps time for the ‘social’ to reclaim its voice in the discussion, if we are to ensure that the contribution of universities – both economic and cultural – within their regions, is effectively recognised and rewarded.

Students flabbergasted after being placed in halls 50 miles from uni – Independent, 14/09/21

First year students who have missed out on halls at the University of York have been left flabbergasted after being offered rooms in Hull – almost 50 miles away. Some 150 undergraduates will face an 80-mile, three-hour round trip to attend lectures. The youngsters were placed in the unexpected accommodation after the university was overwhelmed by demand for accommodation following a rise in applications this summer. University bosses acknowledged the situation was “not ideal”. They have now promised to lay on free shuttle buses, offered a 10 per cent rent reduction for those affected, and said more campus accommodation would be available by January. In an initial email sent to students, it explained: “Unfortunately there are no available rooms across the city of York, either on or off campus to offer you.” “We have been able to negotiate additional student accommodation in Hull, located within or adjacent to the University of Hull campus, and we are now in a position to offer you a room within this accommodation.