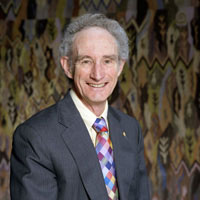 Lord Robert M. May of Oxford, OM AC Kt FRS, is Professor of Zoology at the University of Oxford, former President of The Royal Society (2000-2005), and before that Chief Scientific Adviser to the UK Government and Head of the UK Office of Science and Technology (1995-2000).

I grew up in Sydney with a single parent and in circumstances that can accurately be described as genteel poverty. But I benefitted from an excellent education at a State Grammar School (Sydney Boys’ High School) followed by the University of Sydney where I was – like very many of my cohort in Chemical Engineering – funded by a “Commonwealth Scholarship” which not only covered all my fees but also provided a means-tested “living allowance” (without which I do not believe the family could have managed my attending university). This stands in remarkable contrast to the situation now prevailing in the UK. I refer to the current Government’s accounting fiddle of withdrawing 80% of the teaching funds allocated to universities, and then substituting for them by offering loans to cover fees of up to £9,000, with these loans to be paid directly to the university and then later repaid by the students who are encumbered with them (which means that roughly the same amount of money is available for teaching budgets, but with the difference that it no longer shows up on the current account). I am frankly amazed by the fact that the underlying report by John Browne made no attempt to recognise that essentially all universities would feel constrained to charge the maximum, and also ignored the fact that children from disadvantaged families, with no experience of incurring such loans, would be deterred from attending university. I am virtually certain that in these circumstances I would never have attended university.

In summary, both when I was young, and today, the circumstances prevailing in Australia give individuals from all backgrounds the chance to lay a foundation for the kind of productive and rewarding life that I have been privileged to enjoy. I think it is simply shameful that the current Government, largely consisting of people from very well-off families, has chosen effectively to reduce the funding for university education, thus threatening not only one of the best-run sectors of the British economy, but also the future lives of people born into circumstances similar to mine.