The man who sighed too much 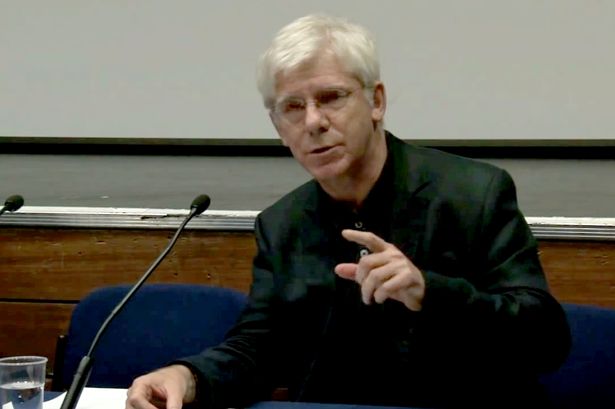 ‘Professor suspended from top university for giving off “negative vibes”.’ Thus read the headline in The Telegraph on Friday 24 October.  ‘Professor at top university was suspended for nine months after he was accused of sighing and being sarcastic during job interviews’: this was the Daily Mail’s take on the same story. Other charges against the culprit, Warwick’s Professor of English and Comparative Literature, Thomas Docherty, The Mirror revealed, included ‘making ironic comments’ and ‘projecting negative body language’. By Monday, London commuters could read about the ‘Professor suspended for nine months for “inappropriate sighing”’ in Metro, the free newspaper ubiquitous on the Underground. Readers of the Birmingham Mail had been informed of the story on Thursday the 23rd, two days after it broke in the Times Higher Education magazine. Together these stories have provoked hundreds of comments, thousands of ‘shares’, and innumerable tweets.

Over the weekend, news of the grounds for Docherty’s nine-month suspension began to go global. Inside Higher Education picked up the story under the headline, ‘Suspended for Irony and Sighing’. So did Higher Education Faculty News, an organ of the American Association of University Professors, together with academic blogs like Education Watch International, The Research Whisperer, and College Misery. University blogs in Oregon and Michigan are beginning to relay the tale, as are news outlets as far afield as Kansas, Zimbabwe and Singapore.

Even the risk of suspension cannot disguise the irony of the situation. In late September, Warwick was trumpeting its selection as ‘University of the Year’, in the Times and Sunday Times Good University Guide for 2015. One month later, this national publicity bonanza has been overtaken by an international publicity disaster of its own making.

Warwick officials took on one of the most outspoken critics of the new authoritarianism of UK university management; yet they did so on a trumped-up charge of ‘insubordination’. In doing so they have made themselves a textbook case of precisely the kind of autocratic managerialism Docherty has been describing.

While refusing to discuss the grounds of the suspension, the University insisted that Docherty was not suspended in order to silence his outspoken criticism; yet it turns out that the issue of free expression – verbal and non-verbal – was part of the case against him.  In a genuinely liberal intellectual environment, the attitude any individual takes with regard to a speaker – whether a student in tutorial, a seminar speaker, or a candidate – is a matter for individual judgment, and so (within broad limits) is the question of how they choose to express that attitude. If others find a colleague’s behaviour discourteous, they are free to tell him so. Instead, Warwick’s senior management hired corporate lawyers to argue that behaviour of this kind was grounds for dismissal.

Moreover, Warwick’s management showed their hand even more clearly when they forbade Docherty from attending a conference devoted to the republication of E.P. Thompson’s Warwick University Ltd., or to address the conference by Skype, or initially even to have a letter from him read out to the gathering – although on this point the University eventually relented. Given that Thompson’s book was a prescient discussion of the legal battles waged by Warwick in 1970 to prevent the publication of evidence that it was spying on its own staff and students and curbing academic freedom on behalf of business interests, these proceedings were bound to be interpreted by many as thinly disguised censorship, plain and simple.

Justice for Thomas Docherty is good news for higher education in general. Reputation managers in other universities might have been tempted to emulate these tactics if Warwick had been successful. Now they will  think twice. But serious damage has also been done – how much remains to be seen.

We now know, for starters, that the ban on Docherty inflicted considerable damage on his students. As well as being banned from campus, from the library, and from email contact with his colleagues, Docherty was prohibited from supervising his graduate students and from writing references. Indiscriminate, disproportionate, and unjust measures against the professor were also deeply unfair to his students.

At one further remove, how much will the mishandling of this situation damage the reputation of an entire institution, its staff, its students, its alumni? And how much collateral damage will be inflicted on UK universities generally in the court of international opinion? If the UK’s ‘University of the Year’ in 2015 becomes an international by-word for authoritarianism and censorship, then foreign readers are entitled to ask what goes on in less celebrated institutions. One reader of Inside Higher Education has already articulated the question as follows: ‘Is it just me, or do British universities just not treat their faculty so well these days? Low pay in an expensive country, no more tenure, and now junk like this.’

Reputational damage cashes out directly in international rankings. Yet when UK universities, individually or collectively, slide in the rankings, will policymakers conclude that they are being badly managed? Or will they respond by prescribing another wave of still more radical ‘reform’?

This brings us to a final irony: although academics are liable to read the Docherty case as a parable of academic mismanagement, at least some of the readers of the newspaper articles listed above clearly read it as a parable about academia itself. For one thing, the censorship even of non-verbal communication strikes some readers as a paradigmatic example of politically-correct thought police running amok. ‘Only academics could be so pea-brained as this,’ one Telegraph reader colourfully opines. ‘They deserve the rough edge of nanny’s tongue and early to bed without supper for behaving in such an infantile way.’ ‘Remind me again’, another comments: ‘Why are we, the British public, still being made to fund these dictatorial Marxist cabals, and why has the government not taken a hint from the private sector and outsourced all higher education abroad?’ So when university governance is wrested from academic control and remodelled along corporate lines, the resulting authoritarianism is to be explained by reference to the perennial Marxism of academics generally? And once the funding burden has been removed from the shoulders of current taxpayers and loaded squarely onto future graduates and taxpayers, current taxpayers should nevertheless insist that privatization be followed by outsourcing?

It would be easier to dismiss this kind of thing as puerile polemic, were it not for the fact that similar logic is evident in the recent opinion piece by Jamie Martin, advisor to former educational secretary Michael Gove, on how UK universities ‘Must Do Better’.  ‘[U]niversities and government,’ he argues, for instance, ‘are engaging in sub-prime lending, encouraging students to borrow about £40,000 for a degree that will not return that investment …. Taxpayers, the majority of whom have not been to university, pick up the tab when this cruel lie is exposed.’

So when it turns out that student-customers are not the perfectly well-informed and purely rational agents whose collective decisions can ‘drive up standards’ and ‘drive down prices’ across the university sector, when it turns out instead that they are vulnerable to being duped by the new breed of corporate university which regards them essentially as units of income and output, who is to take the blame? Evidently, anyone but the policymakers who imposed the marketized conception on the university in the first place.

It appears that we are entering a new phase in the debate over British higher education, in which the failures of the botched ‘reforms’ of 2010-12 are recycled as justification for a further round of even more radical measures.  For further analysis along these lines, the reader can turn with profit to Dorothy Bishop’s recent comments on Martin’s piece.

Howard Hotson will deliver the CDBU lecture at Royal Holloway on Tuesday 25 November 2014 on ‘Big Business at the Heart of the System:  Understanding the Global University Crisis’.  It will be at 6 p.m. on 25 November, in room MX001 in the Management Building Annexe at Royal Holloway.  For further details contact: A.Sheppard@rhul.ac.uk.