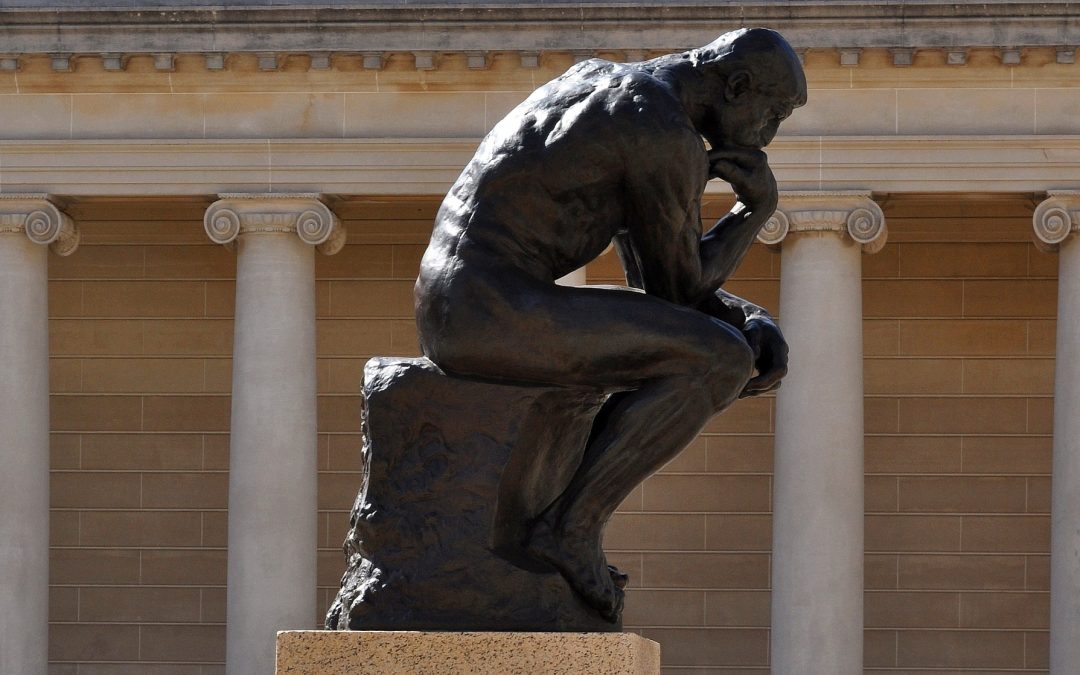 These are serious matters, both for higher education and for society. Universities are extraordinary institutions, not least in being primary institutions through which society can reflect on itself.  Without such reflexive capabilities, society experiences a grave loss in vitality and its powers to grow diminish.  The circulation of ideas is tacitly restricted and dwindles and all suffer.

So universities need to be places of thought and yet that very consideration has to be put in the dock.  Seventy years ago, in his book What is Called Thinking?, Heidegger commented that ‘In universities especially, the danger is still very great that we misunderstand what we hear of thinking …’  Surely, that observation has even more point today.  Do we even understand what it is to think in a university setting?  Examples abound almost daily, even in the United Kingdom, that cast doubt on the matter.  It is not just that individuals are shouted down but it is that there are unspoken rules as to what is legitimate, rules assumed not only in the management and administration of a university but intellectually within its teaching, its seminars and in the journals.

But these reflections can be pressed much further.  First, as intimated, the university ends up giving little, if any, thought to thought itself.  It just gets on with the messiness of its pressing preoccupations, and that which should be centre-stage, its thinking, is overlooked.  Of course, universities are places of thought!  Thought is not something that those in universities need to care about; everything is just fine.

A further – and, in a way, even more troubling – danger is that the university gives little thought to itself.  What is it to be a university in the twenty-first century?   Do certain kinds of responsibility befall universities?  Do the concepts of teaching, learning, research and even truth not need to be fundamentally rethought?  The position is that we either struggle on with these concepts inherited from former times or acquire – with little thought – their revamped incarnations as shaped by the powerful battalions in the world.

This is a very serious matter for the world.  If the world is in difficulty, as it is, perhaps its universities bear some responsibility in the matter.  I contend just this.  After all, the modern university came to ally itself in particular to the development of instrumental reason, especially over the last seventy years or so.  The question, therefore, is whether or not a different kind of university can be imagined and brought into being.

There are formidable obstacles in the way, not only of university organisation and practices and their relationships with their states but of thought itself.  Just what is it to be a higher education fit for the twenty-first century and beyond?  (Many students who are entering university today will be alive in the twenty-second century.)  We have to completely eschew talk of skills and instead place centre-stage the matter of what is it to ‘be’ in a world that is both in motion and is totally inter-connected.

Higher education, accordingly, has to be understood afresh and its mission to be  bringing on in students a quite new mode of sheer being, understanding that human beings are part of the world, and a small part at that.  It would be an education for wisdom,a oneness with the world.  (Epistemology has to merge with ontology!)

How might this new kind of education be brought about?  In the first place, the disciplinary structures, which supply the knowledge frame for universities, have to be severely weakened.   Since the early 1970s (with work conducted by UNESCO), universities have been urged to take interdisciplinarity seriously, but with little effect. Now, that thinking – poorly implemented as it was – is deficient: what is needed is transdisciplinarity, with knowing efforts framed around large themes springing from concerns over the way the world is.  If the world is interconnected, then so too must be the university’s inquiries and curricula, such that knowledge and understanding come to draw from the world rather than impose upon it.

The world is beset by grave challenges, of populism, a disregard for reason, powerful states imposing their will (including on universities themselves), a fragmentation of non-communicating discourses, the overweening power of STEM (now becoming STEMM, as medicine is added), knowledge divorced from being in the world, and – in an operational world – a down-valuing of values.  The university is implicated in much of this.  Thinking about these matters on the part of universities cannot be enough, but it is necessary  if new forms of  higher education are to emerge that are going to be adequate to these challenges.