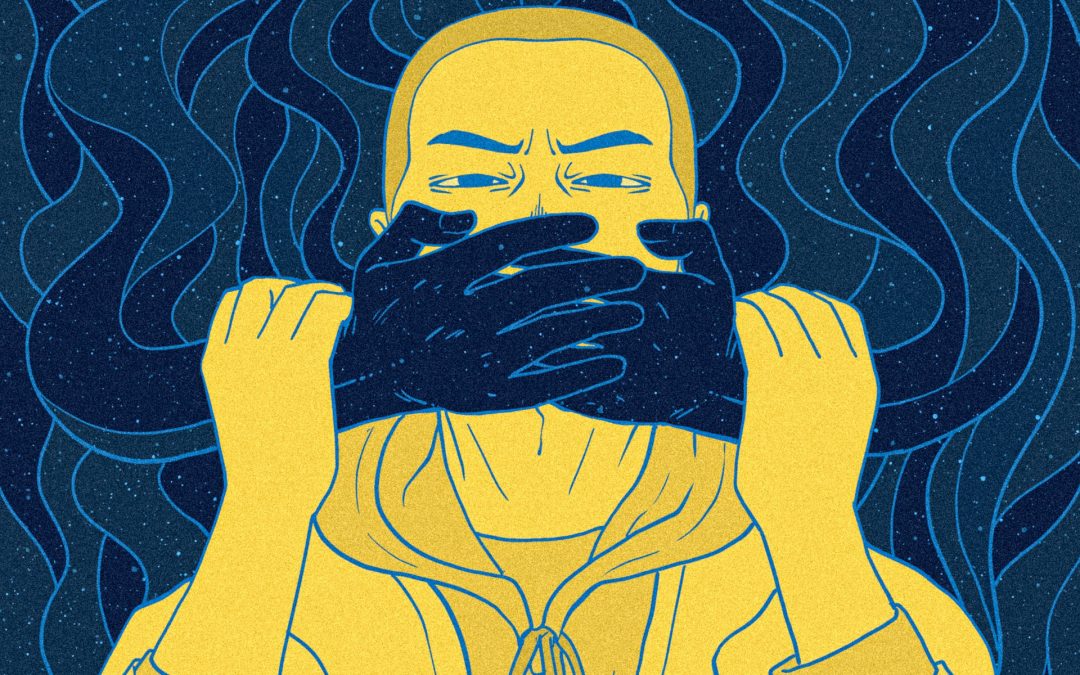 Words by Andrew M Colman, Professor of Psychology at the University of Leicester.

The UK Education Secretary, Gavin Williamson, wrote to universities in October 2020 directing them to adopt the International Holocaust Remembrance Alliance (IHRA) working definition of anti-Semitism by Christmas, and warning that any universities refusing to comply could face cuts in funding. Only a minority complied, to the consternation of the Union of Jewish Students, but others may be considering doing so.

It is unclear why the UK government and its non-Jewish Education Secretary are so concerned about this issue; anti-Semitism is certainly a serious evil, increasing in step with the rise of the far right, but it is no greater a problem in universities than other forms of racism. My own interest in this issue is twofold. First, from a personal angle, I have a long-standing interest in Jewish affairs. Many of my relatives were murdered by the Nazis in the Holocaust. For some years I belonged to the East Midlands Jewish Group, and I even served for a while on the National Committee of the Jewish Socialists’ Group. Second, from a lexicographic angle, I am a Specialist Subject Consultant for the Oxford English Dictionary and the author of the Oxford Dictionary of Psychology.

The Education Secretary has no right to force universities to adopt the IHRA definition. His direction is arbitrary and authoritarian. It is arbitrary because it requires universities to adopt a definition of anti-Semitism rather than one of racism, which would protect all targets of racism and not only Jews. He may have the best of intentions in singling out Jews, but the consequences could include resentment of perceived Jewish privilege and exceptionalism among members of other ethnic groups who may, in turn, feel unjustly excluded – they may even, with some justification, feel discriminated against! It is authoritarian because the threat to cut funding to universities unless they comply seems to violate academic freedom. The Higher Education and Research Act 2017, section 77(2), empowers the Education Secretary to give directions but stipulates that, in so doing, he must have regard to the need to protect institutional autonomy. The Education Act 1986, section 43 obliges universities and colleges to protect freedom of speech.

Another reason to reject the definition is that it does not adequately define anti-Semitism. It states: “Antisemitism is a certain perception of Jews, which may be expressed as hatred toward Jews. Rhetorical and physical manifestations of antisemitism are directed toward Jewish or non-Jewish individuals and/or their property, toward Jewish community institutions and religious facilities.” By stating that anti-Semitism may be expressed as “hatred towards Jews” and in other ways, the definition leaves open the possibility that it may not be expressed in any of those ways, but it fails to specify how else it may be expressed. More fundamentally, the definition needs to say what anti-Semitism is, not merely how it is expressed. It describes anti-Semitism as “a certain perception” but fails to specify what that perception is. This is a cryptic muddle. In fact, anti-Semitism is one of many forms of racial prejudice – preconceived judgements of racial groups or the people who belong to them. To be specific, it is prejudice against Jews, manifested as discrimination, hatred, stereotyping, or condescension towards Jews based on their race or ethnicity.

Discrimination is the most important manifestation of prejudice because it is unfair treatment, and the Equality Act 2010 outlaws several forms of it in the UK. Discrimination based on race, sex, gender reassignment, age, religion, pregnancy, and disability are, in fact, unlawful. This legislation provides protection against unfair treatment to Jews and other racial groups in universities. The adoption of the IHRA definition cannot provide additional protection. It could, on the contrary, have the perverse effect of inflaming anti-Semitism on campuses.

Critical discussions of the IHRA definition have focused mainly on the list of 11 “examples to serve as illustrations” that are appended to the definition. Remarkably, more than half these examples mention Israel, although only a minority of the world’s Jews live there. A former Appeal Court Judge, Stephen Sedley, believes that the examples expose the underlying purpose of the text: to neutralize criticism of Israel by stigmatizing it as anti-Semitism. Here is one of the most objectionable examples: “Denying the Jewish people their right to self-determination, e.g., by claiming that the existence of a State of Israel is a racist endeavor.” This assumes that to claim that Israel is a racist “endeavor” (I think this must mean “state” or “country”) is necessarily to deny the Jewish people their right of self-determination, which is obviously illogical and untrue. There is no reason why someone could not believe that Israel is a racist state but that Jews nevertheless have a right of self-determination. Many people believed that apartheid South Africa was a racist state, but they did not deny South Africans the right of self-determination. Second, this example suggests that any claim that Israel is a racist state is necessarily anti-Semitic. In fact, unequal treatment of races is built into its statutes. According to Israel’s Nation-State Act 2018, paragraph 1(c): “The exercise of the right to national self-determination in the State of Israel is unique to the Jewish people.” As this is clearly a fact, drawing attention to it surely cannot be held to be anti-Semitic. Israel’s current policy of annexations is inviting further comparisons with apartheid.

The University and College Union (UCU) has written to the Education Secretary reminding him of his repeated assertions about the importance of university autonomy and the need for protection of freedom of speech and academic freedom, and suggesting that his order violates these rights and will not achieve the aims it is designed to accomplish. Even Kenneth Stern, the lawyer who took the lead in drafting the IHRA definition, admits that it has been weaponized to stifle criticism of Israel. The unswervingly pro-Israel Board of Deputies of British Jews, which often presumes to speak for “the Jewish community” as if there were only one, has adopted the IHRA definition without qualification. Universities should reject its imposition on them.