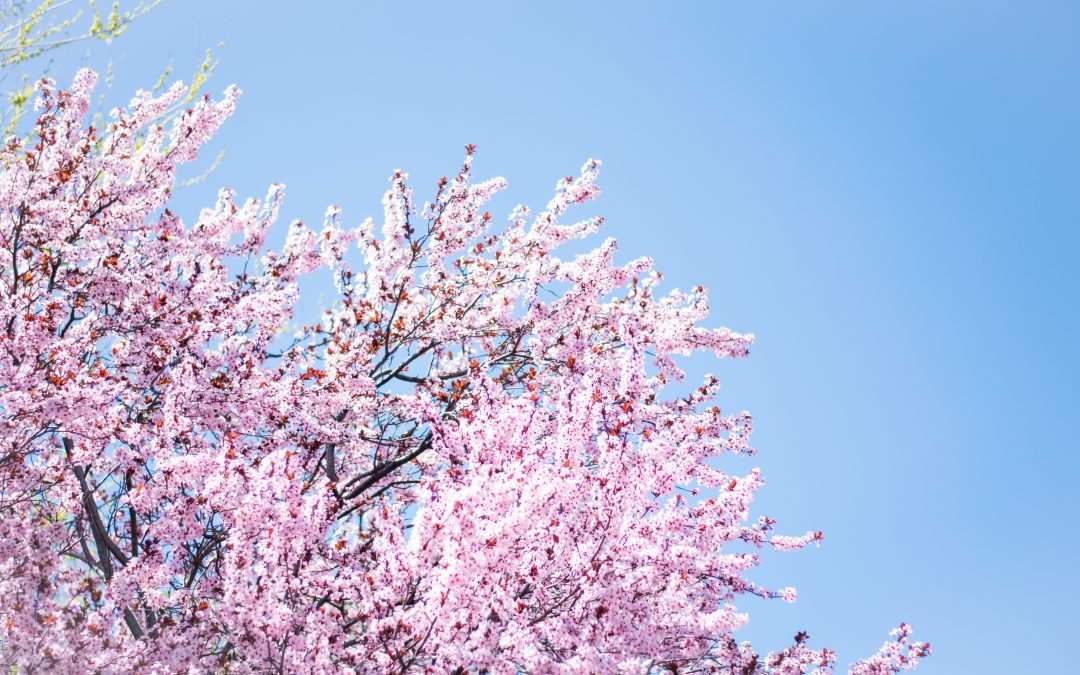 CDBU is pleased to announce two competitions to celebrate the tenth anniversary of its formation. See below for details!

The Council for the Defence of British Universities invites submissions of essays on key challenges facing Higher Education in the UK today and possible solutions to them. Authors may take a creative, research-based or autobiographical approach, drawing on international experience where appropriate. Up to three prizes of £1000 each are available!

The Council for the Defence of British Universities invites applications to undertake research into any aspect of higher education in the UK, including governance, policy, curricula developments, and staff and student welfare and wellbeing. Comparisons between Britain and other countries are especially welcome. Up to £7,500 of funding is available! Applications are invited from tenured academics, the precariously employed and independent researchers.

Universities to be hit by marking boycott, union confirms – UCU

UCU confirmed that 41 universities across the UK will be hit by a marking and assessment boycott in the coming months, a move which could prevent students from receiving their grades.

The decision was made by university staff at a meeting of UCU’s special higher education sector conference where hundreds of delegates met from over a hundred branches and committees to decide the next steps in the pay and working conditions dispute. As well as a marking and assessment boycott, delegates also voted to hit 39 universities with a further ten days of strike action. The union’s higher education committee will now meet on Thursday 12 May to decide the exact dates that the marking and assessment boycott and strike action will take place.

Young people from low-income or minority ethnic families are the most likely to miss out on a university education if the government goes ahead with plans to restrict student loans in England, according to research. Almost one in four recent undergraduates who received free school meals (FSMs) at the age of 16 would not be able to get student loans under the government’s proposals, the Institute for Fiscal Studies (IFS) has revealed. The government’s planned reforms to the student loan system in England includes blocking access to applicants who fail to achieve at least a grade 4 or C in English and maths GCSEs. But the IFS found that the policies under consultation could effectively bar a high proportion of students from the poorest families, as well as many black, Bangladeshi and Pakistani students.

“A blanket minimum eligibility requirement would disproportionately impact students who haven’t had the same opportunities and support to meet the attainment threshold, and would result in a widening of socio-economic gaps in access to university,” said Laura van der Erve, an IFS senior research economist and an author of the research.

New minimum entry requirements for student loans would disproportionately impact pupils from poorer backgrounds and ethnic minorities, new analysis has found. Research from the Institute for Fiscal Studies has found that Government proposals for loan access to be limited to pupils who have gained passes in GCSE English and maths, or 2 E grades at A level finds that a quarter of poorer students would not have been able to access loans as a result of the changes. Drawing on data from GCSE cohorts in 2011 and 2012, the IFS found that one in four students eligible for free school meals would have been unable to secure a loan under the proposals, compared with 9% of those not eligible for FSM and 5% of private school pupils.

Student Loans Are Now Even More of a Scam – Novara Media

According to the OECD, England has the most expensive publicly-funded university system in the world. Despite this, the ‘graduate dividend’ for English students – the additional lifetime earnings they can expect – is relatively small. A degree in the UK leads to extra earnings of £153k for men and £140k for women – less than the international average of £209k and below the likes of France, Germany and Ireland (where tuition is free). While college debt in the US is far higher, graduates can expect an equally massive shift in projected earnings: a typical male graduate in the US will earn £426k more over his career, while a woman will earn an extra £308k.

While hardly an advert for English universities, this nevertheless suggests that studying for a degree in England (fees, grants and student finance differs across the home nations) is worthwhile. On graduation, the average English student now has a student debt of around £45k. While interest means that quickly rises, fewer than 20% of graduates are forecast to fully repay their loans. If you fall into this category, you will have earned significantly more than if you chose not to enter higher education at all. Now, however, just as in 2010, the government is reforming the student loan system. What do prospective changes from 2023 mean, and are they likely to undermine the economic value of going to university?

The UK has nearly a million graduate-level jobs without qualified staff filling them, according to a report for universities that predicts the labour market’s appetite for graduates will remain strong in the near future. Using data from official sources, the report published by Universities UK found there were 15 million people with degrees or equivalent qualifications working in the UK at the end of 2020 – and nearly 16 million positions in managerial and professional occupations defined as graduate-level jobs. The figures are supported by data from the Organisation for Economic Co-operation and Development, which show that while 14% of the UK’s workforce are overqualified for their current jobs – including graduates working in non-graduate occupations – more than 27% are classed as “underqualified”, including non-graduates filling graduate-level roles. The UUK report is an attempt to rebut misconceptions about graduate employment, such as that undergraduate degrees can be poor value or that too many graduates are unable to find skilled employment.

Universities rose to the challenge during COVID: where’s the public recognition? – HEPI

Two years ago, every night at 5pm, we were listening to a prevaricating Prime Minister flanked by the Chief Medical Officer and the Chief Scientific Officer. And every morning, at every university, the senior team tried to decipher Boris Johnson’s implicit messaging. This was not an easy task as we progressively withdrew from the traditional living and learning model that had served throughout our careers. Universities rose to the challenge during the COVID-19 pandemic. The first vaccine was developed in a university, disease epidemiology was modelled in universities, governments were advised, often (if not always) sagely, by universities. Doctors, nurses, paramedics, and operating theatre staff who were trained by universities returned for short upskilling development sessions. Teaching staff and trainees volunteered for frontline roles in the National Health Service; all personal protective equipment was handed to devoid and desperate Hospital Trusts; and analytical equipment and deep freezers were collected by the Ministry of Defence for deployment in Nightingale hospitals.

Many universities went further by housing hundreds of key workers to enable them to continue supporting health care without risking taking infection back into their family homes. They also provided a home (and food) for tens of thousands of students who were not able to, or did not wish to, return to their out-of-term-time base. And universities facilitated and accommodated some of the very first testing and vaccination centres. […] Every Thursday at eight, saucepans were bashed in support of the National Health Service, shopworkers, refuse collectors, and deservedly so. Universities? Not so much. Why?

Some UK universities are planning a switch back to in-person assessment this summer, while others are keeping examinations largely online. Many institutions are adopting a hybrid approach following the rescinding of Covid-19 regulations, running tests online if that is deemed best for students’ studies. The mixed picture was revealed in a snap survey conducted by Times Higher Education ahead of the first assessment period to be conducted after two years of coronavirus-related restrictions.

Newcastle University said the majority of its exams would be in-person with “some exceptions”, such as if they had been online for many years or if the pandemic had shown that this method of assessment was more effective. Queen’s University Belfast said 85 per cent of the 570 assessments due to be conducted this summer would take place on campus, after academic schools were offered a choice about which method to use. The universities of York, Sheffield, Nottingham, Oxford and Cambridge all said they were adopting a mixed approach, with some in-person exams taking place alongside online assessments, as did the London School of Economics.

Women-only universities across the world still help to make up for “gaps” left by gender discrimination in different societies but better inclusion for women in co-educational institutions would eventually make them less necessary. That is according to the co-author of a new report from the UN Educational, Scientific and Cultural Organisation on gender equality that includes a chapter on the role played by the private sector in providing single-sex colleges and universities in the developed and developing world. According to the report, such institutions play an “ambiguous role” in achieving gender equality but there are examples of how they have increased women’s “access and opportunities” despite being a “segregated option”. Depending on the national context, they may give access to students who otherwise would not have continued into higher education; offer courses and subjects that might not be available elsewhere; promote leadership and personal development; and have less sexism and gender-based harassment, the report says.

European university groups have underscored the need for international collaboration in research amid EU moves to unify and formalise the bloc’s stance on the issue. Germany’s U15, France’s Udice and the Guild of European Research-Intensive Universities published a joint statement on 27 April, saying that they “wish to reiterate their commitment to strengthen international cooperation in research, while mitigating the challenges associated with international partnerships”. They said that the Russian invasion of Ukraine increased the need for international partnerships to tackle global economic, societal and technological challenges, and they proposed a set of principles for international collaboration, including that EU programmes for research, innovation and education should be more open to countries outside the bloc. In addition, they reiterated calls for the EU to allow Switzerland and the UK to join its Horizon Europe R&D programme despite the political differences between them. “This is all the more essential at a time when Europe and its values are under attack, far beyond the borders of the EU, making it essential we overcome our differences within the continent,” they said.

Cambridge University has dropped its high entry requirements to offer 52 students from disadvantaged backgrounds the chance to study at the institution. The university usually requires A*AA at A level to get on degree courses, but its new one-year foundation course offers places to those who achieve BBB. The Cambridge Foundation Year course will be fully funded. The first intake of students will begin in October and then be given the chance to study for a degree. The university said the programme is part of its bid to increase diversity and encourage students who may not have been able to reach their academic potential due to their circumstances – such as those who have been in the care system, those who have been estranged from their parents, are from low-income households or have attended schools which have traditionally not sent many students to top universities. Dr Alex Pryce, director of the Foundation Year course, said: “This is the first time in its history that Cambridge has run a pre-degree foundation year programme, aimed at talented applicants who might not otherwise consider applying to study here, and the number of applications we received shows that it is competitive and that there is a clear appetite for it.”