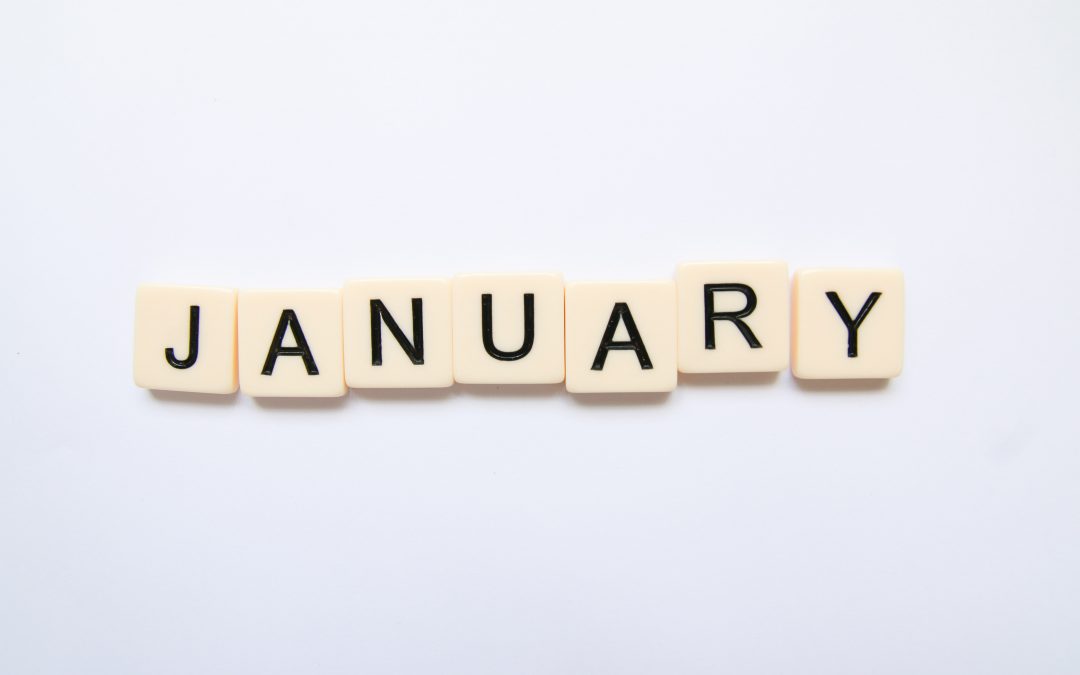 Last month, the CDBU Executive Committee met to discuss some new ideas for 2022. We are very pleased to announce that we will now be offering a fee to those who write for our blog! We are particularly keen to offer this fee to help support students and casualised workers. We would also like to create a pool of staff writers so that we can keep our blog regularly updated. If you would be interested in being part of this, please email our blog editor Becca at cdbupress@gmail.com.

We will also be revamping and relaunching our website very soon! So stay tuned for a fresh look and some exciting new content!

‘The practical problem we face today is that our contemporary moment in the history of academia is largely characterised by a frenzy of individualistic self-promotion within an iron cage of exploitative labour practice. This condition pushes us towards focusing our efforts on means-oriented tasks at the risk of losing sight of the ends which we had initially entered academia to pursue.’

University staff are set to walk out for up to 10 days of strike action in two disputes over pensions and pay & working conditions. The union has labelled the strikes a ‘fight for the future of higher education’ with staff at ‘breaking point’ after a decade of cuts to pensions, falling pay and worsening working conditions. Over 50,000 university staff are expected to walkout with over one million students set to be impacted. In pensions, proposals from employers mean staff face a 35% cut to their guaranteed retirement income. The pay and working conditions dispute is over a 20% real term pay cut over the past 12 years, unmanageable workloads, pay inequality and the use of exploitative and insecure contracts, which are rife across the sector.

The full strike dates, with numbers of institutions involved, are:

Week 2 (both the pension and the pay & working conditions dispute, 68 institutions): 2 days; Monday 21 and Tuesday 22 February

The UCU general secretary, Jo Grady, said: “For a sector that is worth tens of billions of pounds and enjoys record levels of student growth, it is beyond disgraceful that in return staff get vicious pension cuts, falling pay and are pushed to breaking point under deteriorating working conditions.”

Universities UK, which represents the employers in the pensions dispute, responded: “Evidence from employers shows that UCU’s industrial action is not having the desired effect, with diminishing levels of disruption reported in every walkout since 2018.”

Millions of graduates face higher repayments on their student loans next year after the government announced a “tax rise by stealth” that will cost many £100 or more a year. A graduate in England earning £30,000 a year will pay an additional £113 in the coming tax year, after the universities minister, Michelle Donelan, made a written statement to parliament freezing the repayment threshold for 2022-23.

The Institute for Fiscal Studies (IFS) thinktank said the move would save the government about £600m if it stayed in place for a year, but if extended the freeze would place a much higher financial burden on graduates.The freeze announced by Donelan will keep the income threshold at which repayments start at £27,295 for those who took undergraduate courses. Had the current rate of inflation been applied it would have risen above £28,000 next year. It applies to the income-contingent loans taken out by English and EU students who had studied at UK universities since 2012. The repayment threshold for postgraduate loans will be frozen at £21,000.

Universities are forcing students to go to their graduations alone, while families watch online, in defiance of government Covid guidelines. Students have waited up to two years for a graduation ceremony as campus officials cancelled them for most of the past 22 months. While some universities refused to rearrange graduations, the University of Cambridge and Imperial College London are among those rescheduling ceremonies for their graduates. But despite the scrapping of all remaining Covid-19 restrictions in England in recent days, students still face draconian curbs such as social distancing, mandatory face coverings and a ban on handshakes. The chairman of the student watchdog has now warned vice-chancellors they have “no excuse” to go further than the Government’s Covid rules.

Black and Asian students won places at prestigious UK universities at record levels in 2021, alongside increasing numbers of students from all backgrounds, and the chief executive of the Ucas admissions service has said there could be one million applications for places by 2026. The number of Black students who accepted places at selective institutions, such as those in the Russell Group of leading research universities, rose by 19% in a year, from 3,775 in 2020 to just under 4,500, according to figures released by Ucas. The record numbers of applications and acceptances were driven by the rise in higher A-levels awarded in 2021 after the government’s decision to cancel exams and replace them with teacher-assessed grades.

The number of students seeking extra money because of financial problems doubled in 25% of English universities in the last academic year. More than 75% of universities that responded to a Universities UK (UUK) survey had seen an increase in requests for hardship funding. Students relying on part-time work were most affected during lockdowns. The government said it had made an extra £85m available for students “in the greatest need” in 2020-21. Students can apply for hardship funding directly from their universities or colleges – individual institutions determine how much is given out – and many introduced emergency Covid hardship funds. The survey suggests a significant increase in requests in English universities between September 2020 and the end of January 2021 – during the second and third national lockdowns – compared with the same time period in the previous academic year.

Universities should end the use of non-disclosure agreements to “silence” victims of sexual harassment, the higher education minister has said. Michelle Donelan has called on all university leaders to sign up to a pledge not to use legally binding contracts to stop staff and students from speaking out in cases of sexual misconduct and bullying. The minister expects the “shabby practice” to be stamped out on campuses as she said sexual harassment complainants should never be “bullied into silence” to protect the university’s reputation.

So far six university vice-chancellors, including those from Exeter and University College London (UCL), have committed to the pledge. Ms Donelan warned that students could decide not to apply to universities who refuse to commit to ending the use of NDAs in sexual harassment cases. She told BBC Radio Four’s Woman’s Hour: “I am aiming to have the vast majority of universities signed up to this within the year.”

‘Sexual harassment is horrendous and complainants should never be bought or bullied into silence simply to protect the reputation of their university. Such agreements make it harder for other victims to come forward and help hide perpetrators behind a cloak of anonymity. The use of Non-Disclosure Agreements to buy victims’ silence is a far cry from their proper purpose, for example to protect trade secrets. I am determined to see this shabby practice stamped out on our campuses, which is why last year I wrote to vice-chancellors making my position clear. Several university leaders have signed a new moral contract to end the use of Non-Disclosure Agreements against students and staff, and I call on other vice chancellors to do the right thing and follow their lead.‘

Tens of thousands of students in England are studying for degrees at institutions that could soon be punished for low quality and poor value for money, under plans drawn up by the higher education regulator. The Office for Students (OfS) has published a consultation detailing its minimum acceptable outcomes for students, which sets thresholds for drop-out rates, course completion and graduate employment that universities and colleges will have to pass to avoid further investigation.

The consultation document from the OfS says that more than 60,000 students on full-time undergraduate courses are currently or recently enrolled at institutions in England that could fail to meet its minimum standards, as have more than 150,000 part-time undergraduates. The new regulations would mean that universities, colleges and other providers are likely to be sanctioned if fewer than 80% of students studying full-time for their first degree continue past their first year, or if fewer than 75% complete their degree, over the previous four years. Institutions could also be investigated and penalised by the OfS if fewer than 60% of their graduates go on to work in what it classifies as skilled employment.

At what point do academics forego citations for journal status? – LSE Blog

The limitations of journal based citation metrics for assessing individual researchers are well known. However, the way in which these assessment systems differentially shape research practices within disciplines is less well understood. Presenting evidence from a new analysis of business and management academics, Rossella Salandra and Ammon Salter and James Walker¸ explore how journal status is valued by these academics and the point at which journal status becomes more prized than academic influence.

Guides, ratings and rankings play a pervasive role in eliciting behaviour and shaping perceptions. Often, such rankings have obscure origins and change in scope and purpose over time with unintended consequences. However, all rankings and corresponding accolades are only as important as the status and benefits they confer. In an increasingly competitive academic community these accolades can be considerable. Whilst many critics have pointed out that publications in high-status journals may not automatically be of higher quality, the wide misuse of journal rankings as a one-stop shop to evaluate research continues to be a hot button issue. Something that is reflected by the inroads made by the advocates of the DORA declaration on research assessment into altering the behaviour of funding agencies, academic institutions, journals, metric providers, and individual researchers.

Sixteen of the US’ most elite universities are being sued for alleged violations of antitrust laws by colluding to unfairly limit student financial aid. The lawsuit, which was filed in Illinois federal court by several law firms representing five students who previously attended some of the universities, was first reported in the Wall Street Journal. The plaintiffs claim that the universities engaged in a price fixing scheme by sharing a methodology for how much financial aid would be awarded to prospective students. Specifically, the suit alleges that the defendant universities “have participated in a price-fixing cartel that is designed to reduce or eliminate financial aid as a locus of competition, and that in fact has artificially inflated the net price of attendance for students receiving financial aid.” The suit is being brought against 16 members of the so-called “568 Presidents Group,” which several years ago developed a “Consensus Methodology” for determining a family’s ability to pay for college.