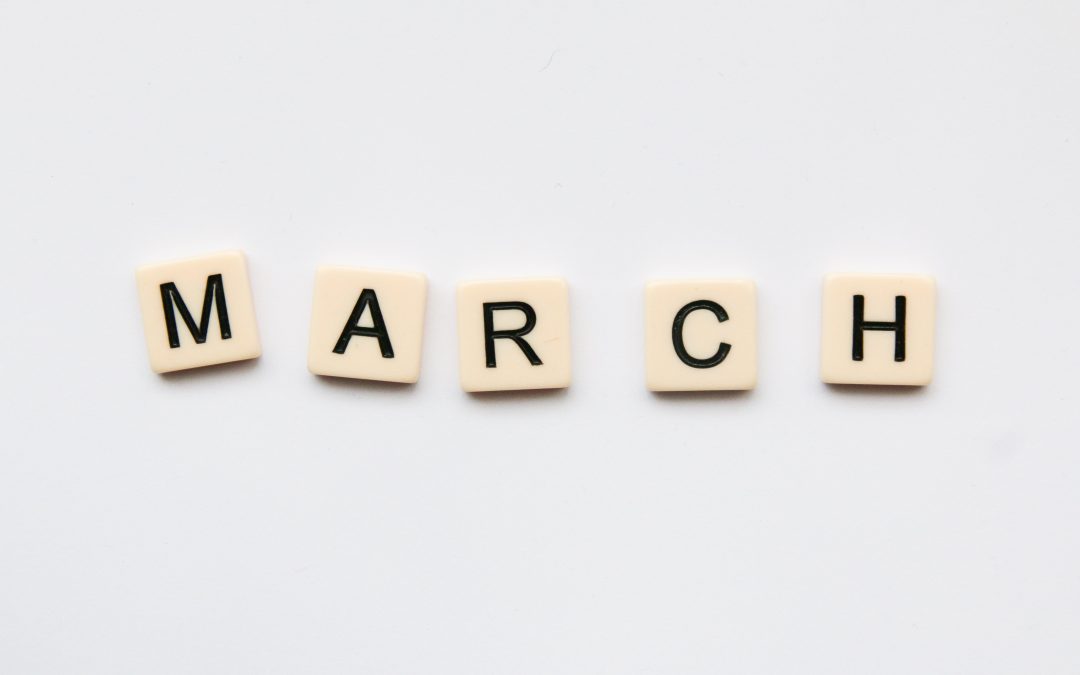 British universities are currently grappling with the knock on effects of the war in Ukraine, including sanctions against Russia affecting climate science and space research, supporting education programmes for Ukrainian refugees, and offering mental health and wellbeing support to Ukrainian and Russian students currently studying in the UK.

UK universities brace for impact of sanctions against Russia – The Guardian

Researchers at UK universities are bracing themselves for sanctions affecting science partnerships with Russia, including in climate science and space research, as the government seeks to isolate Vladimir Putin over the invasion of Ukraine. Simon Marginson, a professor of higher education at the University of Oxford, said most academics would support a research boycott with heavy hearts and concerns for Russian colleagues. “All the Russian academics I know oppose the war. The internal situation in Russia will get nastier and they will need solidarity, so there is a case for maintaining ties,” he said. Germany announced that all collaboration with Russia on education and research was being halted immediately. Its ministry of education said Russia had “turned its back on the international community” by invading Ukraine and was committing a “grave breach of international law” with no justification.

Against a constant backdrop of shelling and air raids, more than 1,200 international students remain trapped in the besieged city of Sumy, eastern Ukraine. Diplomatic efforts to evacuate them and create a safe corridor appear to have stalled. Many of the students have run out of water, resorting at times to boiling ice, and are running out of food. In their desperation, many are contemplating taking a treacherous journey out of the city to Poltava, 110 miles to the south. Ukrainian soldiers have warned students who have tried to leave to stay in the hostels. The journey passes dangerously close to the fighting on the outskirts of Sumy. Yet some students have felt they had no choice.

Ukrainian nationals involved in academic research will benefit from a £3 million package of support to continue their vital work in the UK, the UK government has announced (Sunday 27 March 2022). The new Researchers at Risk Fellowship Programme will support Ukrainian researchers fleeing the conflict, as well as those already in the UK who are unable to return home. The Fellowships will provide a salary, research and living costs for up to two years for these researchers, and will be available across all disciplines for postdoctoral researchers or those with equivalent experience, aiming to support Ukraine in preserving its research ecosystem. As the UK continues to further isolate Putin’s Russia in light of his illegal invasion of Ukraine, the government has also announced it is halting funding to all research programmes found to have links to Russian state and institutional collaborators, and will stop all ongoing projects where they provide a direct benefit to the Russian regime. The UK will also not fund any new collaborative projects with Russia through its research and innovation organisations.

U.S. Colleges, and Their Russian and Ukrainian Students, Are Caught Up In a Crisis – TIME

It’s a conflict happening thousands of miles away, but colleges in the U.S. are grappling with Russia’s invasion of Ukraine as some cut ties with Russian universities and companies, and as students from both nations find themselves caught in the middle of the crisis. “Some of these students and scholars may be close to the end of their program of study, research, or training, and may not be able to immediately return to their home country during a war,” Ted Mitchell, president of the American Council on Education, said in a letter to the Department of State and Department of Homeland Security on Feb. 28, asking it to support Ukrainian students living in the U.S. and those trying to leave Ukraine. “In addition, some students and scholars may have seen their financial situation suddenly change, and we ask for accommodations for those who must work while they undertake their studies in the United States,” Mitchell said. More than 175 humanitarian and religious organizations have signed a letter calling on the Biden Administration to grant Temporary Protected Status to roughly 30,000 Ukrainians living in the U.S. and to grant Special Student Relief for Ukrainian students in the country.

One of the UK’s top universities is helping to bring hundreds of Ukrainians fleeing war to Britain in a groundbreaking scheme combining sanctuary with education. King’s College London is working with Citizens UK, an umbrella charity with hundreds of member organisations, on a blueprint to bring Ukrainian refugees fleeing war to the UK. It is aiming to bring hundreds of refugees to the UK by Easter. The government’s Homes for Ukraine scheme is based on community sponsorship but so far many of those who have come forward to help have been individuals. Prior to the Ukraine war a government community sponsorship scheme for refugees has operated for several years. However, this is the first time a university is acting as a community sponsor for a large number of refugees. King’s has a history of working on migration issues. Alongside academic research, its Sanctuary programme has helped refugees study while in camps in Jordan and Lebanon.

American philanthropies, museums and universities have accepted millions of dollars from tycoons aligned with Russian President Vladimir Putin, including several who are the targets of Western sanctions, according to an analysis by anti-corruption researchers. Among the many beneficiaries are such storied institutions as New York’s Museum of Modern Art, the Massachusetts Institute of Technology, the Mayo Clinic and the Guggenheim Museum, the research shows — a reflection of how deeply money from Russian oligarchs has penetrated American society. The findings are likely to amplify demands that U.S. cultural organizations disavow donors believed to have profited from the Putin regime. The analysis was produced by the Anti-Corruption Data Collective, a group of academics, data analysts and policy advocates working to expose transnational corruption.

Vivienne Stern, head of the international arm of vice-chancellors’ group Universities UK, said universities are offering emotional support to “extremely distressed” Ukrainian students, as well as help with money problems, visas, and advice on trying to bring parents to the UK. But she said many are also “proactively getting in touch” with all students from Russia and Belarus to understand their situation and offer support. She added: “There have been rumours circulating suggesting that universities have been expelling Russian students. But all I have heard is universities doing the opposite and reaching out to ​understand how they may be able to help.” Prof Colin Riordan, vice-chancellor of Cardiff University, said his university is offering its Ukrainian students “as much support as we can”, but also calling every Russian and Belarusian student to check they are OK. Some were relying on roubles they can no longer access, he said. “We have a duty to all our students wherever they are from, and you can’t make students responsible for the actions of their president,” he said.

A number of top UK universities have changed the contracts they make students sign at the start of the year in an apparent bid to protect against claims for refunds if teaching is disrupted by Covid-19. The universities of Edinburgh, Glasgow and Leeds, an investigation by The Tab student newspaper found, changed their terms and conditions since covid struck in 2020 to add clauses which potentially limit their liability for pandemics. In a section of Edinburgh’s student contract spelling out the events in which it would not be “liable to you for any failure to carry out…. any of our obligations”, the university added a reference to “pandemics, epidemics, or disruption from pandemics or epidemics”. Glasgow added a reference to “pandemics” to the liability section of its contract, while Leeds included a new section saying that it “might still need to change courses and other elements of the student experience”, including potentially cancelling courses and closing facilities. Hillary Gyebi-Ababio, the vice-president for higher education at the National Union of Students, said in response to the changes: “This is incredibly disappointing, and shows that marketised education is totally broken.”

This government’s latest education innovation? Shutting poorer students out of university – The Guardian

Over the past decade, students in England have been subjected to a barrage of reforms that have made their lives worse. It started in 2012, when the coalition government’s decision to allow universities to triple tuition fees to £9,000 a year came into effect. It continued with the scrapping of maintenance grants in 2016, and ministers’ failure to address student accommodation costs, which have rocketed by 60% since 2011. Now, in a long-awaited response to the 2019 Augar review of post-18 education, Boris Johnson’s government is proposing more changes that have flown under the radar – and we can’t let it get away with them. As part of the plans, announced by the universities minister, Michelle Donelan, on 24 February, it wants to introduce minimum entry requirements to stop students who don’t get a pass in English and maths GCSEs or 2 Es in A-levels from accessing student loans. It says social mobility is not achieved by pushing young people into university, but this completely misses the point. The proposals will hold back those who struggle with certain academic subjects, but whose talent will shine in a specialised area later on in their educational journey. How many graduates do we know who wouldn’t have been able to go to university because they didn’t meet these arbitrary targets? It won’t be young people on country estates who suffer the effects, but those from council estates.

Support for students with disabilities should be improved, the government has been urged, after analysis showed that fewer than a third receive the disabled students’ allowance (DSA) meant to help them access and thrive in higher education. According to a report, just 29% of students in England and Wales with a known disability received the allowance in 2019/20 while those who have been through the application process complained of bureaucracy, long delays, inconsistent quality of support and a lack of communication. “A nightmare,” said one student, “a full-time job” said another describing the challenge of coordinating support which is rarely in place at the start of a course and can take months to secure, delaying students’ progress and putting them at an unfair disadvantage. The report by ex-paralympic swimmer Lord Chris Holmes described the DSA as “a gem of a policy”, but too many potential recipients are unaware of its existence. He also saidthe 30-page application and lengthy assessment process are daunting and the “administrative burden can act as a barrier to study rather than the support intended by the scheme”.