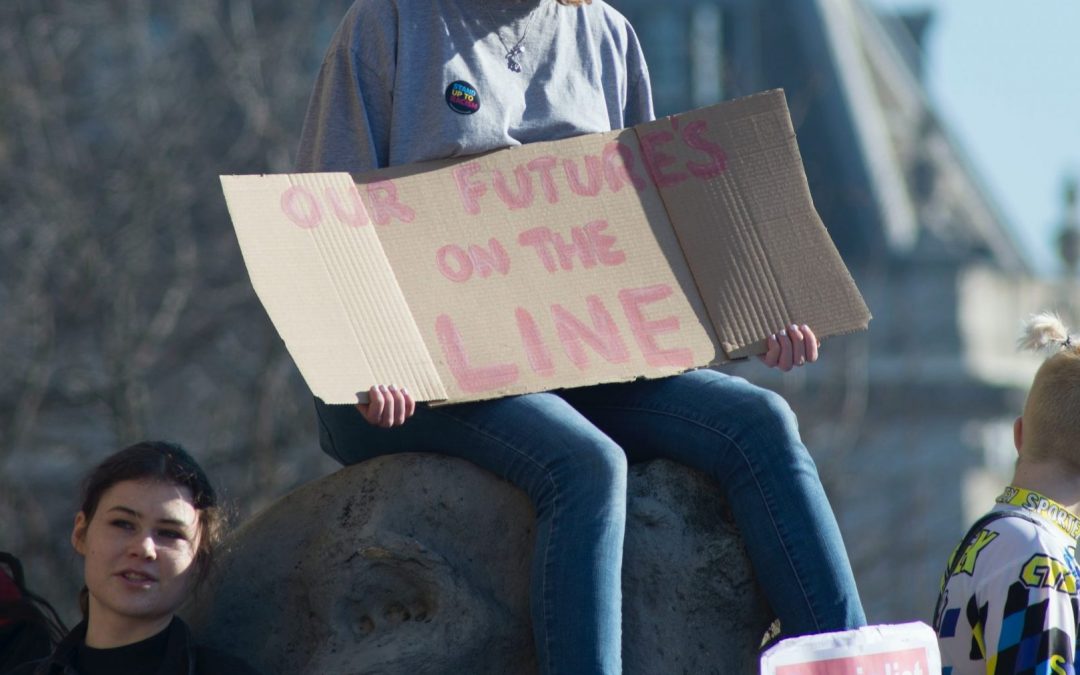 After thousands of A-level and BTEC students were downgraded on results day, Gavin Williams and Ofqual – in a highly predictable U-turn – scrapped the algorithm and allowed students to use Centre Assessed Grades (teachers’ predictions) instead, allowing many to secure their university places. While this is excellent news for students, universities have been left to pick up the pieces; causing chaos for admissions and growing concerns about safety when campuses reopen in September.

Labour leader Sir Keir Starmer has warned that the UK’s exam moderation fiasco risks “robbing a generation of their future”, as a survey has revealed that the cancellation of exams in the wake of Covid-19 has left almost a third of students believing they are less likely to get into their first-choice university.

More than a third of results in England (35.6%) were downgraded by one grade from the mark issued by teachers. A further 3.3% dropped by two grades and 0.2% were downgraded by three grades. The proportion of private-school students receiving A and A* was more than twice as high as the proportion of students at comprehensive schools, underscoring the extent of inequality in the education system.

England’s chief exams regulator has written to university admissions departments asking them to be as “flexible as you can” as it was confirmed that 40 per cent of A-level results have been downgraded from teacher estimates. In the letter to directors of admissions, Sally Collier, head of Ofqual, also asked for places to be held open for students when it is known that their results are subject to an appeal.

Ministers made an 11th-hour bid to stave off a revolt over the handling of exam results on Tuesday night, granting pupils in England the right to use mock exam results if they are unhappy with their grades. The intervention, on the eve of the release of 730,000 A-level results decided by an algorithm on Thursday, follows growing alarm in Downing Street.

We understand this has been a distressing time for students, who were awarded exam results last week for exams they never took. The pandemic has created circumstances no one could have ever imagined or wished for. We want to now take steps to remove as much stress and uncertainty for young people as possible – and to free up heads and teachers to work towards the important task of getting all schools open in two weeks.

Curtis Parfitt-Ford, an A-level student at a comprehensive school in Ealing, supported by Foxglove, a non-profit that campaigns against misuse of digital technology, has demanded that Ofqual correct defects in its grading algorithm or potentially be taken to court. In a legal letter sent to both Ofqual and the DfE, the algorithm was described as unfair and potentially discriminatory because it graded the school, not the student.

Ministers have scrapped a cap on the number of medical student places this year as they try to stem the continuing crisis over A-level results. Similar limits on undergraduate teaching, dentistry and veterinary courses will also be dropped and universities will be given extra money to teach expensive subjects. The government has also agreed with universities that every student with the required grades will be offered a place at their first choice institution either this year or next.

Universities minister Michelle Donelan wrote to vice-chancellors requesting their flexibility around admissions and asking them to honour all offers accepted, according to a copy of the letter seen by the PA news agency. She wrote that once admissions capacity is reached and additional places cannot be provided “then providers will see if a student would like a suitable alternative course or offer a deferred place, and where possible try to prioritise those from disadvantaged backgrounds for admission this year”.

Many students from poorer backgrounds could be crowded out from the UK’s most selective universities this year because of the way A-level grades have been calculated and the cap on undergraduate numbers, it has been warned. Data from England’s exam regulator Ofqual showed that the share of pupils from independent schools getting the top A and A* grades increased by almost 5 percentage points. This was more than double the rise at state comprehensives (up by 2 percentage points) and far higher than sixth forms and further education colleges (0.3 percentage points).

The horror show that is A-levels in 2020 descended to complete farce over the weekend, but no one is laughing. There are tens of thousands of ruined dreams after A-levels results day, because for five months the Government and Ofqual have been too secretive, made bad choices, refused to listen to constructive criticism, tried to tough it out and then made the wrong concessions too late. The risk in trying to summarise the position on Sunday is that it will no doubt be very different on Monday, after major changes on Saturday. But let us try.

Covid-19 tests should be compulsory for all university students and staff to prevent outbreaks on campuses and protect communities, according to an independent group of scientists. Testing should be carried out either before or as soon as people arrive on campus, with further tests conducted regularly, said the Independent Sage committee. The recommendation comes in a report published on Friday that advises universities to provide online learning as the default rather than in-person teaching, noting the latter carried “the most risk of transmission” of coronavirus.

Universities admissions chaos predicted as Oxbridge faces having to let down over 1,500 students – The Telegraph, 17/08/2020

Cambridge University said it made around 4,500 offers for 3,450 places this year, while Oxford made about 3,900 offers for an expected 3,287 places. Both universities said they will have to offer some students deferred places, since they do not have space for everyone to come this autumn.

The sector must collaborate to escape the government’s triple lock of policy failure – Wonkhe, 20/08/2020

Universities, long now the target of ministerial ire, have been stitched up by the very poorest ministerial stewardship. It is now clear that the fatal problems with the government’s and Ofqual’s planned approach to grading were, well, always clear. Politicians with more experience said it was asking for trouble, letters from concerned former civil servants were dispatched but went unheeded, independent statisticians tried to slow the coming juggernaut, but were waved away. Was it gross ineptitude or something worse?

A university is offering a financial sweetener to persuade students to defer their studies, as it emerged that 15,000 applicants who lost out on their first-choice places due to downgraded A-levels now have the results to meet their original offer. Amid growing fears about the impact of deferrals on the 2021 university intake, Durham University is offering bursaries to make the prospect of waiting a year more palatable. It has promised to honour all offers that are successfully met but says some students “will have to defer entry” because of capacity issues.

“I cannot justly and sincerely tell my students “if you work hard, you’ll get far.” I refuse to sell them this myth. I hope with every ounce of my being that their hard work will equate to success, but I acknowledge that this may not always be the case. Our society privileges white middle-class men and affords them every opportunity possible, while people of colour and other marginalised groups are obligated to jump through hoop after hoop and be extraordinary on every front to even gain any semblance of recognition and credibility.”

Sheffield University has halted proposals to cut salaries and promotions for staff due to financial concerns related to coronavirus after the institution found that more students planned to go there than expected, boosted by the government lifting its cap on intake numbers. In an email to staff, the human resources department said that a recently launched consultation on cost reductions would be closed. They said the pandemic had not “put students off going” and the government lifting the cap on how many people they could accept meant their intake could be higher.

Gavin Williamson was warned directly that the A-level and GCSE grading system could lead to hundreds of thousands of students being given the wrong results but decided to push ahead. A senior source at the Department for Education disclosed that Sir Jon Coles, a former director-general there, wrote to Mr Williamson early last month to express concerns about the algorithm used by Ofqual.

Nearly half a million UK pupils face a fresh round of results chaos after exam board Pearson pulled its BTec results on the eve of releasing them. Pearson said it would be re-grading all its BTecs to bring them in line with A-levels and GCSEs, which are now being graded via school-based assessments. The move affects 450,000 pupils, 250,000 of whom received grades last week, with the rest due in a few hours.

Academics’ workloads have increased substantially over the years, with greater numbers of students to teach and more administration, while their pay has been suppressed and pension entitlement reduced. They are among the most highly stressed employees in Britain. As a result, they have supported strikes in unprecedented numbers during the past two years. Despite that, and the existence of a risk-free alternative, their managers clearly feel they can push them that little bit more into putting their health in danger.

Firm linked to Gove and Cummings hired to work with Ofqual on A-levels – The Guardian, 20/08/2020

A company run by long–term associates of Michael Gove and Dominic Cummings has been working behind the scenes with the exams agency Ofqual on its disastrous strategy for determining A-level results, the Guardian can reveal. Public First, a policy and research firm owned by James Frayne and Rachel Wolf, who both formerly worked for Gove, has been involved on the project with Ofqual since June after being granted a contract that was not put out to competitive tender.