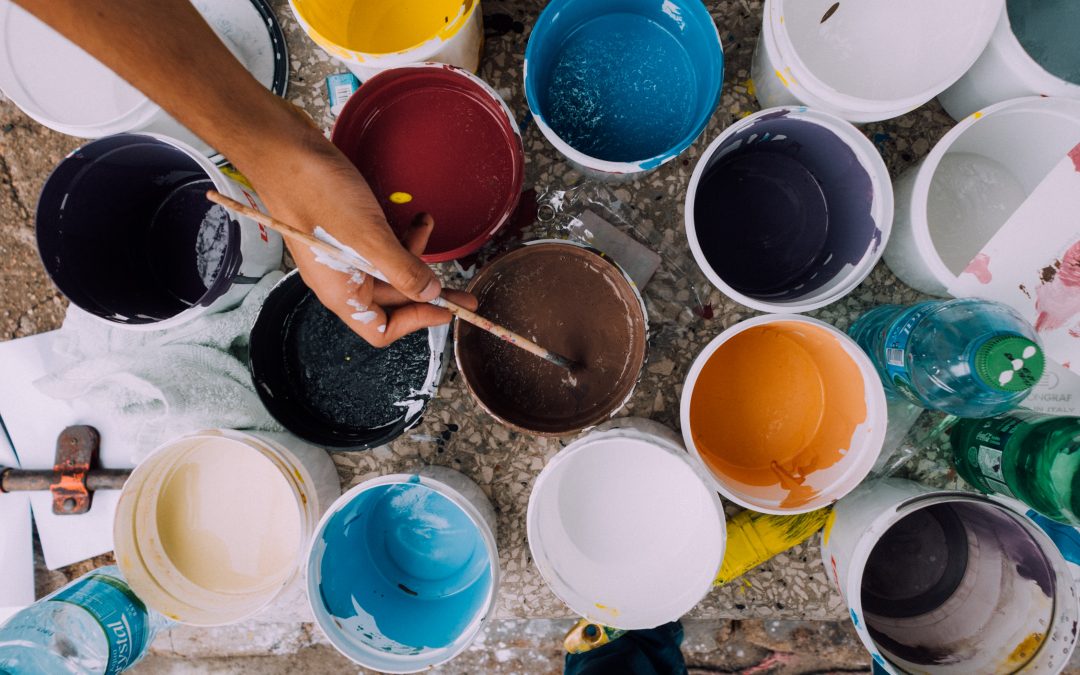 Reports that the Office for Students and Education Secretary Gavin Williamson plan to slash funding for arts subjects by 50% have caused uproar this week. The OfS have sought to clarify the situation, claiming that the proposed cuts only apply “…to a smaller subsidy provided by the OfS, not major funding streams”. Nevertheless, the move has been viewed as the latest in a string of attacks against arts and humanities subjects which have been disproportionately targeted by cuts since the beginning of the pandemic.

CDBU is currently seeking submissions for our blog. If you would like to write for us, please get in touch with Press Officer Becca Bashford at cdbupress@gmail.com.

Plans for 50% funding cut to arts subjects at universities ‘catastrophic’ – The Guardian, 06/05/21

Artists and musicians have accused the government of neglecting the country’s “cultural national health” by pursuing a “catastrophic” 50% funding cut to arts subjects at universities, which could come into effect from this autumn. A consultation by the Office for Students (OfS) and the education secretary, Gavin Williamson, suggested halving the amount spent on “high cost” higher education arts subjects in England – which it said were not “strategic priorities”.

OfS statement: What is really going on with arts funding in higher education? – OfS, 06/05/21

The proposed reduction relates to a much smaller subsidy that is currently provided by the OfS, designed to help universities and colleges deliver subjects that are expensive to teach. For arts subjects, this subsidy currently works out at around £243 per full-time student per year. It is paid to universities and colleges, not given directly to students. Under the proposals, this subsidy would be reduced by 50 per cent to £121.50 per student per year – equivalent to a reduction of around 1 per cent of the combined tuition fee and OfS funding. This does not include other funding streams, such as the additional premiums we give to universities and colleges to support disadvantaged students, which we intend to maintain.

Arts education SHOULD be among the Government’s strategic priorities. The arts enrich our lives, our communities and our economy too. In lockdown, millions turned to them to support their mental health. Before the pandemic, the creative industries were growing five times faster than the UK economy as a whole and generating over £111 billion a year. We risk losing these benefits without proper support for the creative skills underpinning them. This is a targeted attack on arts subjects specifically. The OfS admits that “the government does not consider them to be as strategically important as other high-cost disciplines”, which are due to receive a 12% increase in funding.

REPORT: Most students think passing a sexual consent test should be compulsory before starting HE – HEPI, 29/04/21

This research provides an extremely valuable insight into students’ understanding of sex and relationships. While some of the findings are encouraging, much more still needs to be done to support students at university, many of whom will be away from home for the first time. Young people are sadly entering higher education feeling unprepared for the reality of sex and relationships, and there is clear demand from students themselves for greater education around consent.

Complaining to universities about harassment ‘often a waste of time’ – The Guardian, 25/04/21

Students and staff who complain of sexual assault and harassment are often left in the dark by university investigations, and made to feel like their disclosures were “a waste of time”, according to campaigners. The campaigners also said the government should make it a legal requirement for universities in the UK to complete sexual misconduct investigations even where staff have left the university, and to inform their new employer in a written reference. This would prevent staff from moving institutions to evade sanctions. Anna Bull, a co-director of the 1752 Group, a UK-based organisation that lobbies to end sexual misconduct in higher education, said some universities withheld details of the outcome of sexual harassment investigations out of erroneous fears that doing so might breach data protection legislation.

UCU announced a global boycott of the University of Leicester as the union hit the institution with the ultimate sanction of being greylisted. The announcement comes as Leicester staff also begin a marking and assessment boycott. The greylisting sanction is part of a long running dispute over redundancies at the university. The sanction means UCU is asking its members, other trade unions, labour movement organisations and the international academic community to support its members at Leicester in any way possible, including by:

The University of Leicester also faces action short of a strike, which begins today after 84% of UCU Leicester members who voted said they were willing to take industrial action. The action includes a marking and assessment boycott and Leicester staff will stop marking all work from today. The action could impact students’ graduations. UCU said Leicester must lift the threat of compulsory redundancies to end the dispute.

What is going on at the University of Leicester? – Career Guidance for Social Justice, 29/04/21

Recent events at the University of Leicester have been gaining a lot of attention in the media. In this article Dr Deborah Toner, who is the Campaigns and Social Media Officer for the Leicester branch of the University and Colleges Union (UCU) and Associate Professor of History, explains what is going on. Anyone who’s seen the recent social media feeds of numerous University of Leicester employees, the Leicester UCU trade union branch, and various allies – some of which have made the national news – could legitimately wonder: what on earth is going on down there? Staff are in open revolt: they have declared a vote of no confidence in the Vice-Chancellor, Nishan Canagarajah, and his entire executive board (as have the Students Union). Staff have voted for sustained industrial action, due to begin on 4 May 2021. And staff have called on national UCU to instigate an academic boycott of their institution. Why?

Three in 10 LGBT+ staff in UK higher education have experienced homophobic language, according to a new survey. The study, published by the University and College Union (UCU), found that “levels of personally experienced discrimination among LGBT+ staff in UK higher education are concerningly high”. The report analysed 122 survey responses from LGBT+ members of staff from six universities across England, Scotland and Wales, and found that discriminatory incidents occurred “at least monthly” for the respondents. The results found that derogatory language and negative actions were particularly reported by transgender and non-binary and black LGBT+ staff.

The Student Loans Company is sitting on more than £18m in overpayments made by graduates and other former students since 2015, two years after its mountain of unclaimed refunds was first disclosed. Figures obtained through freedom of information requests show that the SLC, which administers government-backed loans for tuition and maintenance, has £18.3m in overpayments awaiting refund to nearly 60,000 former students from 2015 to 2020. The total includes £2m in unnecessary payments made in 2019-20, despite the SLC making administrative changes to reduce overpayments by graduates who had settled their outstanding debt.

Students at four English universities have staged occupations on campus in response to escalating anger at the treatment of students during the coronavirus pandemic.  Students at the University of Manchester, the University of Sheffield, the University of Nottingham and Sheffield Hallam University are staging protests on campus buildings as part of a rent strike campaign, calling for the government to bail out the University sector after a survey from the National Union of Students (NUS) found that students had paid over £1 billion pounds for empty rooms. Students are demanding the government bail out the university sector in order to receive compensation for lost in-person teaching and accommodation contracts for rooms they have been unable to occupy due to coronavirus restrictions.  Across the four universities, around 40 students are occupying buildings.

Itzel San Roman Pineda, a  a researcher in human geography at the University of Sheffield and Ana Zavala Guillén, a British Academy postdoctoral fellow at Queen Mary University of London, decided to set up the Network of Women doing Fieldwork, which aims to raise awareness of the gender-based harassment female researchers regularly face in the field, support women who experience it, encourage institutions to improve their safeguarding strategies and, ultimately, get to the point where women can develop their professional careers free from fear of abuse, harassment and discrimination. The group hopes to get funders and institutions to understand that risk assessments need to better highlight gender vulnerability and that budgets need to support mechanisms that keep women safe while collecting data in the field.

UK universities are institutionally racist and must do more to support students of colour, a leading vice-chancellor has said. Prof David Richardson, chair of Universities UK’s advisory group on stamping out racial harassment on campuses and vice-chancellor of University of East Anglia, said there was evidence of systemic issues that disproportionally affect students from black and minority ethnic (BAME) backgrounds. Speaking on BBC Three’s documentary Is Uni Racist?, he said: “There’s mixed experiences, but many aren’t good. There is a lot of evidence that points towards universities perpetuating systemic racism, being institutionally racist and I have acknowledged that on behalf of the sector. “Institutional racism is when there are systemic issues that are impacting disproportionally on particular members of your community, which need to be dismantled.”

Studying history should not be only for the elite, say academics – The Guardian, 01/05/21

Some of Britain’s biggest names in the education field of history are warning that the subject could be at risk of becoming a degree for the elite, after two modern universities announced plans to close down their history courses. Aston University in Birmingham and London South Bank University informed staff last month that they would be cutting history degrees. Aston is consulting on plans to close its entire department of history, languages and translation, and London South Bank has said its degree courses in history and human geography will not recruit from this autumn. Experts warn that with the government pushing universities to focus on perceived “high value” Stem and vocational courses leading to higher salaries, more history and other humanities courses could face closure. And with universities able to expand their numbers unrestricted, Russell Group institutions at the elite end of the sector are taking more students, while some modern universities are struggling to recruit.

Rosemary Bennett, in her recent paper Mixed Media: what universities need to know about journalists so they can get a better press (HEPI Debate Paper 26), addressed the question of what might be fuelling this intense scrutiny. ‘This is not the result of a media vendetta or secret briefings from politicians’, she concluded, ‘but of greater scrutiny – the sort of scrutiny most other sectors both public and private have become used to’. This clear analysis leads to the inevitable conclusion that the media attention is not unusual and it’s not going away. Universities therefore must find a more effective way to respond and work with the media. One of the faults of how universities respond to this media attention is that the response can tend to focus on issues in the media coverage rather than how the sector could respond differently and more effectively. That is a debate which is desperately needed if the sector is to avoid continuing public criticism. I therefore offer six suggestions for ideas about where we might focus this debate.