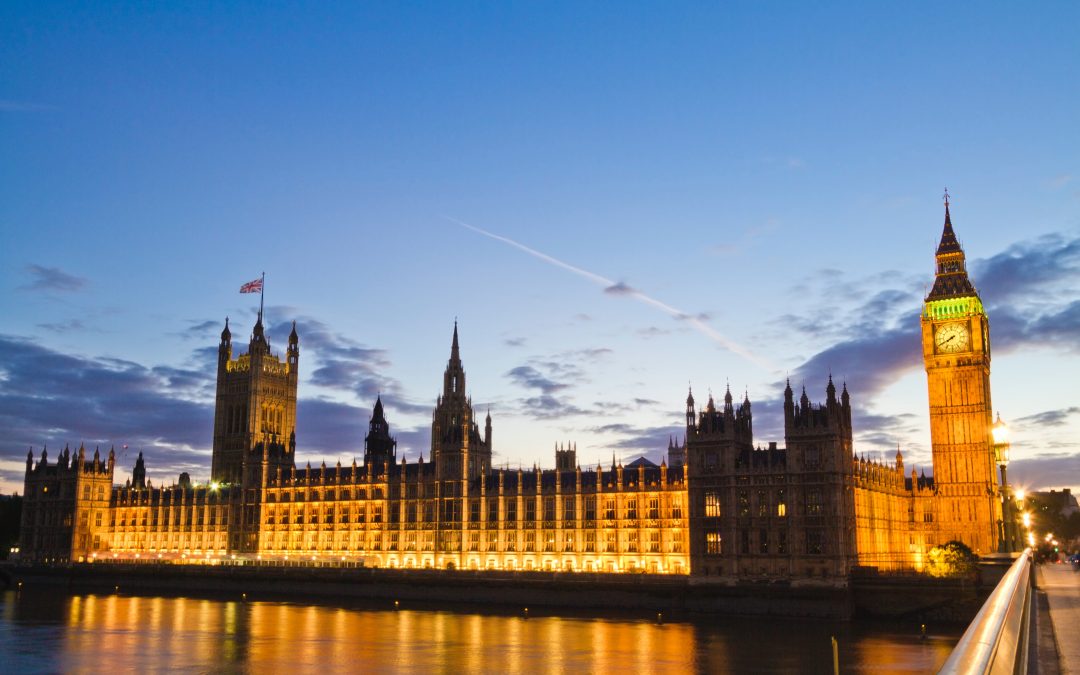 The government recently published their ‘Restructuring Regime’ for universities facing financial collapse, causing many to question whether university autonomy is a thing of the past. The petitions committee announced that there will be no automatic tuition fee refunds for students, and a new student loan repayment system has been heavily criticised for ‘misleading’ graduates.

Establishment of a Higher Education Restructuring Regime in Response to COVID-19 – Department of Education, 16/07/2020

We recognise that there remains a very high level of uncertainty around the extent of those financial challenges higher education providers will face in 2020/21 and beyond. Against this backdrop, providers need to look not just to weather the financial storm, but also to emerge in a stronger position to contribute to our economy and society, as the nation recovers from the pandemic. That is why we have set up the Higher Education Restructuring Regime to support providers in England who are at risk of market exit due to the challenges of COVID-19.

UCU general secretary Jo Grady said: ‘This third so-called bailout in a matter of months suggests the government has recognised there is a serious crisis, but would rather use it to try and impose severe restrictions on universities than ensure their survival. Higher education is one of the few things we remain a world leader in, yet the government is prepared to exploit universities’ financial difficulties to impose evidence-free ideology and reduce the diversity and strength in depth of university courses and research. What are these so-called low-quality courses? Where is the evidence that cutting the number of people going to university can improve our economy?’

English universities must prove ‘commitment’ to free speech for bailouts – The Guardian, 16/07/2020

Universities in England needing bailouts to survive the impact of Covid-19 will have to “demonstrate their commitment” to free speech as well as closing courses with low graduate pay, Gavin Williamson has announced. The education secretary laid out stringent conditions for universities facing bankruptcy to receive government loans – including the scrapping of “low-value” courses with high dropout rates or whose graduates did not often end up in skilled employment – and said institutions would close or be taken over if they failed to make a strong business case.

The Office for Students has proposed a condition of registration it says would help protect students if a registered provider closed. The condition would allow England’s higher education regulator to intervene more quickly if universities or colleges were at “material risk of closure”. According to a report by the Institute of Fiscal Studies earlier this month, 13 universities are at risk of becoming insolvent as a result of the fallout from the Covid-19 pandemic.

The Student Loans Company is giving graduates a “demoralising, damaging and dangerous” picture of their debts, according to the consumer finance champion Martin Lewis, who accused the company of pushing its users into making needless repayments.

Institutions across the country have dropped hundreds of hourly posts and left temporary contracts to expire, leaving academics facing unemployment and depleting the capacity of departments to run courses and support students. Universities are expecting a sharp drop in income as the number of foreign students falls owing to the pandemic. The Institute for Fiscal Studies estimates the sector could lose anywhere between 7.5 per cent to half of its yearly income over the next four years, and warned that institutions were unlikely to “claw back” those losses without making redundancies.

New report calls for the decolonisation of universities in order address a ‘silent crisis’ – HEPI, 23/07/2020

Mia Liyanage, author of the report and Master’s student at the University of Oxford, said: ‘This report is a vital resource for universities amid current calls for anti-racist reform. Miseducation contains powerful testimony from experts, and from staff and students of colour, who describe a silent crisis in our universities. Anti-racism demands more from us than diversity – decolonisation is the crucial next step for our institutions. Meaningful change requires commitment, for which this report provides a clear roadmap.

There have been warnings of universities facing financial problems during the pandemic. But Kate Green, shadow education secretary, says such “precious and valued assets” should not be allowed to fail. The government last week announced plans for emergency loans, but has not guaranteed that all universities would be rescued. Ms Green also attacked the government’s rejection of Tony Blair’s target from 1999 to get 50% of young people into higher education.

Student satisfaction with university has dropped slightly, with how courses are organised and how universities communicate highlighted as key areas of concern. These were the findings of the National Student Survey, the biggest student survey in the world, with 311,432 UK final-year students taking part in it this year. One fifth of the results were received after Covid-19 was declared a pandemic on 11 March, but the Office for Students said its analysis of the data indicated this had not skewed the results.

In a rare and swift immigration policy reversal, the Trump administration on Tuesday bowed to snowballing opposition from universities, Silicon Valley and 20 states and abandoned a plan to strip international college students of their visas if they did not attend at least some classes in person. The policy, which would have subjected foreign students to deportation if they did not show up for class on campus, had thrown the higher education world into turmoil at a time when universities are grappling with whether to reopen campuses during the coronavirus pandemic.

Students at British universities should not expect automatic tuition fee refunds for disruption caused by the coronavirus outbreak, according to MPs, despite complaints from thousands of those affected. The MPs on parliament’s petitions committee said while many students had lost out as a result of campus closures and the switch to remote learning, at least some universities had made “enormous efforts” to provide effective teaching.

UK universities have been worried about the financial cost of Chinese students cancelling courses in the autumn. But University of Manchester research suggests the barriers are not political tensions, fee levels or whether courses are taught online. Instead there is “anxiety” over whether it is safe to travel to the UK. Chinese students are the UK’s biggest contingent of overseas students, worth around £4bn per year in tuition fees and other spending such as accommodation.

On a Thursday afternoon at the beginning of July, inspired by stories from friends in the US about similar college callout accounts, and by the sweeping momentum of the Black Lives Matter movement, the 20-year-old set up St Andrews Survivors to give students an opportunity to share their experiences anonymously. Her page offered a simple reassurance: “We hear you. You are not alone. Together we can end sexual assault at our university.” Within 24 hours, she says, the page had “exploded”, hundreds of followers and more than 100 submissions.

UK research institutions are preparing for big cuts to flagship grant schemes for international development research, ahead of an expected fall in the government’s overseas aid spending. There is widespread concern over future iterations of the £1.5 billion Global Challenges Research Fund (GCRF) and the £735 million Newton Fund, both of which are financed through the UK’s aid budget. This is due to an expected fall in overseas aid spending as the economy reels from the impact of Covid-19.

Changes to the European Union’s plans for payments by associated countries into Horizon Europe could mean a multibillion net contribution for the UK, raising a “real risk” that the Westminster government “will walk away” from the research programme, the Universities UK International (UUKi) director has warned.

Germany is planning to scrap rigid gender quotas for university committees after a prominent research foundation concluded they burden female academics with too much administrative work, holding back their careers. In a country where fewer than a quarter of professors are female, the German Research Foundation (DFG) thinks that targets of 40 to 50 per cent could be counterproductive.

As students sit their exams during the pandemic, universities have turned to digital proctoring services. They range from human monitoring via webcams to remote access software enabling the takeover of a student’s browser. Others use artificial intelligence (AI) to flag body language and background noise that might point to cheating. The companies behind these services say their technology ensures “integrity” in the examination process. The goal is laudable: most people want exams to be run fairly. But at what cost?

The Australian government’s university fee and subsidy shake-up will undermine its employment agenda and represents “potentially the greatest hit to Australia’s humanities sector in a century”, according to the Australian Academy of the Humanities. Academy president Joy Damousi said the proposals would “disproportionally affect the humanities and call into question the very role of the 21st-century university”.

Doctoral students’ prodigious intelligence consigns them to a life of “purgatory” as they pursue largely unattainable dream jobs and reject more realistic careers as failure, a study suggests. An analysis of “quit lit” – a genre in which people announce their departure from academia – has found that many early career academics are victims of their own “above the data” brains.

The British Academy’s Special Research Grants (COVID-19) scheme, funded by the Department for Business, Energy and Industrial Strategy and Wellcome, will support researchers at 40 institutions across every region of the UK, in addition to two independent researchers. The funding scheme aims to address the health, social, economic and cultural dimensions of the global health crisis by supporting excellence in humanities and social sciences scholarship.

Universities are vital to the post-pandemic future of Wales. We must protect them – The Guardian, 23/07/2020

Moving forwards together is critical to the national mission of education reform, which I have led since coming into office as Welsh minister for education. A national mission doesn’t mean that all colleges and universities should be identikit. Instead, I want to encourage them to be more specialised, recognising that they all contribute in different ways. I welcome our sector’s renewed ambition for widening access and increasing diversity in research, innovation and the professions. This is why today I have confirmed an additional allocation of £50m for Welsh universities and colleges in priority areas of supporting students, teaching and research. I will consider their needs again in the autumn, within the wider context of ensuring our resources support our economic and social recovery.