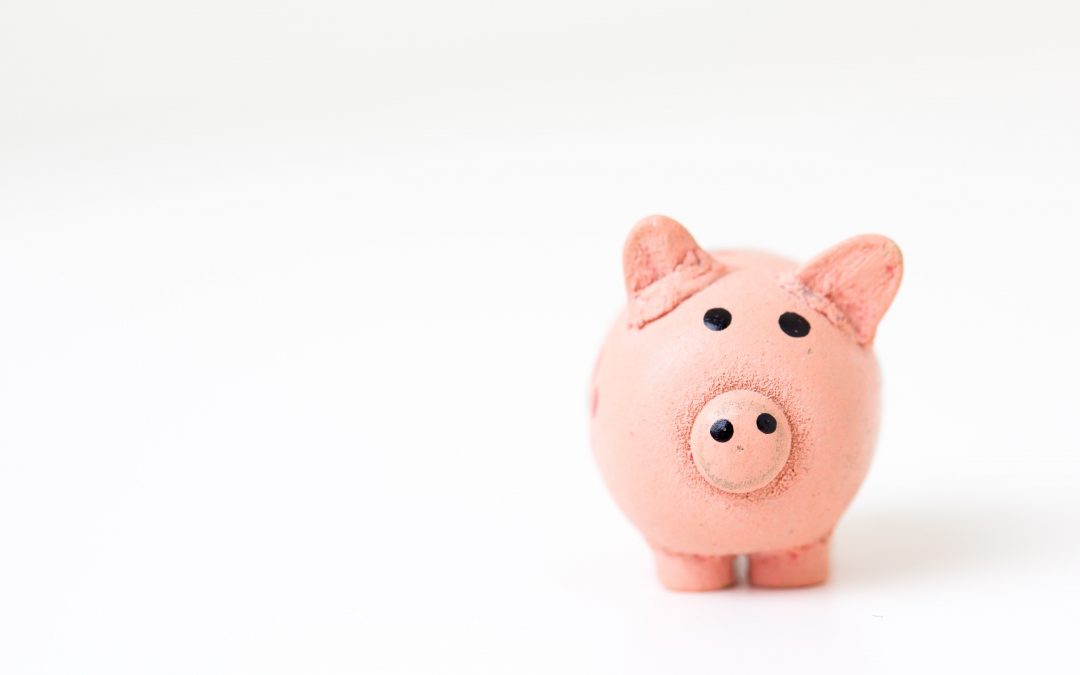 Ministers are understood to be considering lowering the student loan repayment threshold to £23,000, or an average increase of £400 in repayments per year. The decision has been met with widespread criticism and concern about how this might affect those on lower incomes, particularly in the wake of the pandemic. NUS Vice President for Higher Education, Hillary Gyebi-Ababio has said: “Like the government’s decision to increase national insurance contributions, this burden targets people earning lower incomes. After 18 months of such hardship, and with the looming hike in energy prices set to hit millions of the most vulnerable this winter, the injustice is simply astounding.”

Students, unions and finance experts have warned against forcing graduates to start repaying their loans earlier, saying it would hit lower earners hardest and pile pressure on the Covid generation. Ministers are understood to be considering cutting the threshold at which graduates begin to repay their tuition and maintenance loans from just over £27,000 to £23,000. But the proposal, part of an overhaul of student financing designed to save the Treasury billions, led to an outcry. The National Union of Students called it “simply astounding” and a leading Conservative warned against putting the “cart before the horse” by asking students to pay more before addressing the disruption wreaked by the pandemic.Advertisement The mooted change to the threshold for repayments, first reported by the Financial Times, would mean graduates paying an additional £400 year.

University and College Union general secretary, Jo Grady said: ‘Lord Willetts, as the architect of £9k tuition fees, cannot claim to be concerned about the high levels of student debt while simultaneously proposing to hit lower-earning graduates with debt repayments. Lowering the repayment threshold to £21k, which is well below the average wage, will be a millstone around the neck of young graduates and risks putting students off from getting the education they need. It also fails to address the systemic problems with the university funding model which has led to rampant job insecurity and a precipitous decline in part-time and mature study. The Covid pandemic has shown the dangers of a university system based on competition, markets and debt, with many institutions prioritising fees over health and safety. Instead of burdening more students with debt, we should be looking at proper public funding to ensure that both further and higher education are accessible to all.’

Oxbridge student groups to be exempt from free speech law – The Guardian, 19/09/21

Oxbridge student groups are to be exempt from the legal restrictions imposed by the government’s new free speech legislation, leading to accusations of “ridiculous” double standards by ministers from opposition MPs. Michelle Donelan, the universities minister, told MPs in a debate on the higher education (freedom of speech) bill that imposing the duties on Oxford and Cambridge student common rooms would be “unnecessary and overly bureaucratic”. Labour MPs protested that special treatment for Oxbridge was unjustified and created a two-tier system across universities. Emma Hardy, the Labour MP for Hull West and Hessle, said: “When we are talking about student unions and organisations, we are not just talking about Oxford and Cambridge, we are talking about all the small universities and colleges as well. It seems fairly ludicrous to me that every aspect of the bill would apply to the very small higher education provision at Hull College, but would not apply to the junior common room. That does not seem equitable or fair.”

England’s universities are to receive an extra £30 million to support postgraduate researchers affected by Covid-induced delays and £30 million to improve research culture against the backdrop of a flat-cash settlement for recurrent quality-related (QR) research funding. The additional cash for priority areas is part of additional one-year grants worth £132 million awarded by Research England for 2021-22, which will also see an extra £41 million devoted to strengthening partnerships with business and charities, it was announced on 30 September. Another £20 million will be used to top up the Higher Education Innovation Fund, awarded £230 million in this year’s cycle, which supports work to foster links between academia, the economy and society. The one-off additional monies could be made recurrent in future years pending the outcome of the government’s spending review on 27 October, Research England said.

Anger on campuses as freshers given wristbands to signify Covid vaccination – The Telegraph, 28/09/21

Freshers have been given wristbands to signal whether they are vaccinated against coronavirus amid anger at emerging “two-tier” university campuses. Students arriving this week at the University of Bath have been given a different coloured wristband on club nights if they can prove in advance they are double jabbed, or have Covid-19 immunity. Covid-19 passports are required for nightclub or arena events in Bath students’ union, but those who can only show a negative lateral flow test enter through a different queue. Parents expressed alarm at “vaccine passports by stealth” as millions of students return for the first Freshers’ Week in two years, despite the Government ditching plans for the certificates for venues in England. At Sheffield University, students must present a Covid-19 pass to enter freshers events or union nights out, with double-jabbed students and those with negative tests offered separate wristbands to jump queues.

The universities in Greater Manchester have signed a flagship agreement to try to drive social and economic change. They have made the pledge with Mayor of Greater Manchester Andy Burnham and the region’s 10 local authorities. They will focus on several areas – jobs and growth, the digital economy, net zero, reducing inequalities and the creative and cultural economy. These were agreed after consultation with political and civic leaders and polling of local residents. The five institutions of higher education – the universities of Manchester, Manchester Metropolitan, Salford and Bolton as well as the Royal Northern College of Music – have put their names to the Greater Manchester Civic University Agreement. In a joint statement, the university leaders said: “This is the biggest and most ambitious partnership of its kind in the country, covering two cities, eight boroughs and 2.8m people. It outlines how we will work together to level up our city and region through innovation, reach our climate ambitions and support the creation of educational pathways into good quality jobs.”

New students are more likely to suffer “impostor syndrome” because they have won their place at university on the back of teacher-assessed A-level grades and not exams, a new study has warned. Undergraduates arriving on campuses this week may “feel like a fraud” as they have not had the chance to “earn” their grades in public examinations, said the study from the University of Leeds. Such perceptions could particularly affect students from disadvantaged backgrounds, leaving some at risk of dropping out, it warned. A strong sense of belonging at university is associated with the feeling that a student “deserves” their place, said the Psychology Learning and Teaching journal’s study. “When students do not feel that their place at university is legitimately earned, they may experience ‘impostor syndrome’, or ‘feeling like a fraud’, which is related to mental health problems, such as anxiety,” the paper said. “However, academic-related ‘impostor syndrome’ may be negated by pretertiary grades that serve as a testament to students’ ability to perform academically.” Pandemic restrictions denied this year’s students traditional exam grades to “justify” their university place. “This may lead to unique identity management concerns that must be negotiated, particularly among lower socio-economic status students,” said researchers.

Students and staff at Durham University complain of ‘apathy’ over bullying – The Guardian, 28/09/21

Students and staff at the University of Durham have accused management of showing a “culture of apathy” towards bullying and harassment. They said the university’s leaders had allowed “abuses of power, bullying or harassment to continue” and that they no longer trust that the executives value their safety. The open letter came after the Guardian revealed that a college principal had been allowed to remain in post despite complaints of intimidating behaviour towards colleagues. Prof Adekunle Adeyeye, the head of Trevelyan College, is alleged to have reduced colleagues to tears and made sexist remarks. Two people had filed formal grievances against him in 16 months and three have departed because of concerns about his manner. He stepped down from the university’s bullying policy committee after the Guardian approached him in August, but he remains in post as college principal. The letter, signed by 100 staff, alumni and group leaders representing nearly 8,000 students, said the Adeyeye matter was “just one example of a culture that has been seen time and time again among both staff and students”.

Should so much weight be attached to rankings? Plainly not. Oxbridge’s demotion generated much coverage, but signifies little. It partly turned on the twin universities being rated lower by their students during the pandemic. But that was artificial — Oxbridge students boycotted a national survey of attitudes and were assumed to have been less satisfied, in line with other students subjected to distance learning.  The model may well re-rate both institutions next year, no matter what the mood in the quad. Top universities often get similar scores, anyway. As one executive of a ranking group says, “the data is useful, but agonising over who has risen or fallen two places in a beauty parade is silly. It is just noise.” University rankings are inherently questionable because they use various pieces of data — from graduation rates to how others rank an institution’s research — to come up with an overall number. If football matches were judged similarly, rather than on one score, there would be chaos. Choosing a top research university over a cosier institution with a lower global rating makes little sense for many undergraduates, as the gap in St Andrews’ scores suggests. Ranking experts privately blame their customers for focusing too much on headlines rather than looking deeper, but their business is built on league tables.

Universities have told hundreds of students to leave their accommodation during the Covid pandemic, The Independent can reveal. More than 340 students were served with a Notice to Quit (NTQ) – which tell tenants to vacate within a certain time or face eviction – during the past academic year, Freedom of Information (FOI) requests to scores of universities show. Unions have called it “deeply disappointing” and “absolutely appalling”, and say it raises concerns over logistics and safety. At least 42 universities issued NTQs to students during the 2020-2021 academic year, including during this year’s national lockdown, The Independent has found. Reasons included breaches of Covid guidelines, drug-related offences, unpaid rent and noise issues. While some were later overturned, many students vacated their accommodation within the time period set by the NTQ, which in some cases was one month.