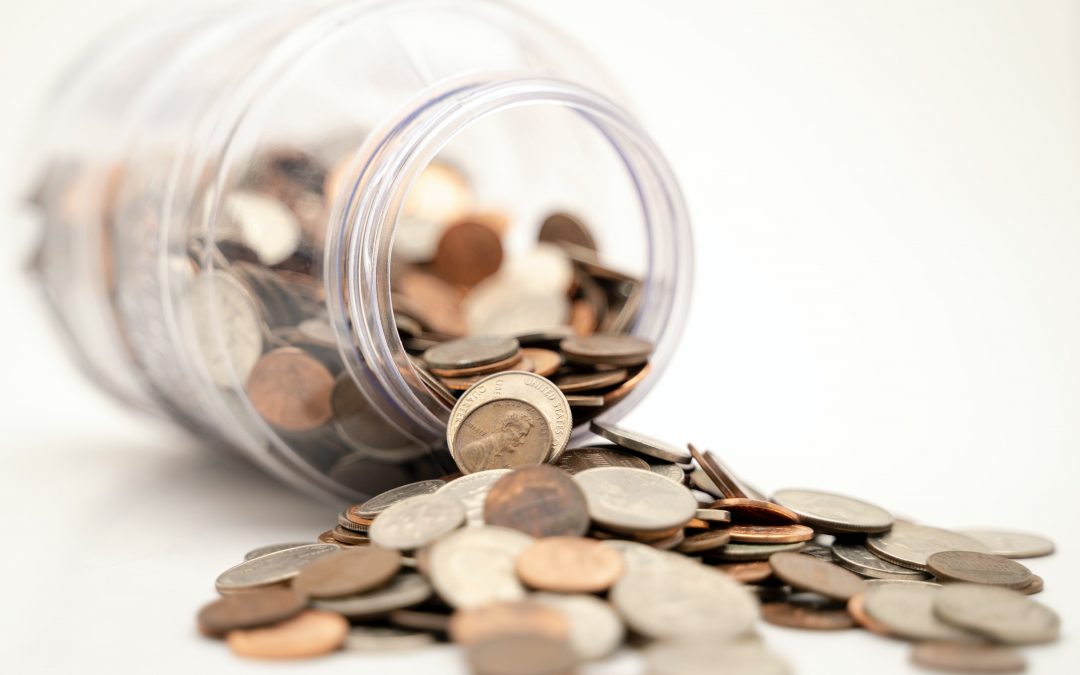 Waves of redundancies announced at the University of Leicester, Kent, and Chester have sparked outrage across the higher education community. Students and fellow staff have responded by creating petitions, open letters, or have demanded that highest paid staff take ongoing paycuts. Meanwhile, the Open University has backtracked on its promise to offer pay and job security to 4,000 staff members, prompting criticism from UCU.

“Universities must recognise the larger role they and their financial decisions play in the world. An appreciation of the scale of universities’ economic impact must now be mobilised to urgently leverage university finances in pursuit of climate justice. We must use every sphere of influence we have to seriously grapple with the biggest challenge facing humanity.”

Staff at the University of Leicester are threatening to strike over planned redundancies. Members of the University and College Union at the University of Leicester started balloting on Wednesday as to whether they should go on strike over the issue. There are 145 jobs currently at risk at the university, with 60 set to lose their positions due to compulsory redundancy. There has also been concerns over how the university has handled redundancy talks – with some staff saying they found out with short notice before their consultation.

To pay for the mishandling of University finances, senior management at Kent are pushing through constant rounds of job cuts. Despite over 300 staff leaving through voluntary redundancy, we have been told that in 2021-22 further staff cost savings of between £1.0-£1.6m will be required. This could equate to around 40 academic jobs, and our VC Karen Cox has refused to rule out compulsory redundancies for 2021. As an alternative to more redundancies, Kent UCU are petitioning for the highest paid staff at Kent (those on over  £100k) to take an ongoing 20% pay cut.

UCU said the Open University is betraying more than 4,000 staff by reneging on its agreement to implement a new contract which was meant to come into force in October 2021. The Open University was due to bring in new terms and conditions for its 4,000 associate lecturers, who are currently on casualised contracts with little job security. The new contract had been agreed with UCU in 2018 following five years of negotiation, and is meant to provide job security by preventing staff from having  to re-apply for new teaching contracts. The university now claims – after agreeing to the new contract more than two years ago – that it does not have sufficient systems and capacity in place to implement the contract successfully.

The Sewell report minimises and at times denies the existence of institutional racism in Britain, despite the fact that, as the government now acknowledges, several witnesses gave detailed evidence of the forms of institutional and structural racism that they feel do operate within the UK … just as disingenuous is the report’s false characterisation of demands made by students and staff at many universities for the decolonisation of the curriculum. The report mischaracterises these demands as the “banning of white authors”. This crude attack line, like so many others in the report, is inflected with a patronising tone of inter-generational arrogance, a blithe dismissal of the politics and passions of the young that – with fathomless condescension – the authors dismiss as the “idealism” of the “well-intentioned”. What is really happening in our universities is that curricula are being expanded to include the voices and the stories of formerly colonised people. Is the report’s reduction of this to the “banning of white authors” deliberate provocation or just ignorance? Have they begun to believe their own culture war disinformation?

With the season of university offers well under way, some institutions are wooing school leavers with promises of a “totally open campus”, or at least that student life will be “much more like usual”. But academics and students are calling for frankness about the likelihood that disruption to classes and social lives will continue. Many university websites do not mention Covid in information for prospective students, and some are overtly upbeat. Solent University Southampton’s website tells new students it hopes that “if lockdown measures continue to be lifted successfully over the summer, the next academic year will look much more like our usual offer”.

University rankings are imbued with great significance by university staff and leadership teams and the outcomes of their ranking systems can have significant material consequences. Drawing on a curious example from their own institution, Jelena Brankovic argues that taking rankings as proxies for quality or performance in a linear-causal fashion is a fundamentally ill-conceived way of understanding the value of a university, in particular, when publicly embraced by none other than scholars themselves.

Students staging a sit-in protest at Warwick University have spent more than two weeks living in a tent in the middle of campus to highlight what they describe as a “huge culture of fear” around sexual abuse and the university’s failure to support victims. Three years after the university’s “rape chat” scandal, in which a number of male students exchanged violent sexual comments about female students, the protesters say women still do not feel safe on campus or confident reporting incidents to staff.

Lord Woolley will become the first black man to head an Oxbridge college when he takes over as the principal of Cambridge University’s Homerton College in October. Simon Woolley, the founding director of Operation Black Vote (OBV), is only the third black person to be appointed as head of an Oxbridge college, following Sonita Alleyne (Jesus College, Cambridge) and Lady Amos (University College, Oxford). Woolley grew up on a council estate in St Matthews, one of Leicester’s most deprived areas, before leaving school without A-levels. He later returned to formal study via an access course. He is the director of OBV, an organisation he founded in 1996 when there were just four minority ethnic MPs. OBV works to increase minority ethnic participation in politics by lobbying politicians, and running voter registration drives and mentoring schemes.

Aberdeen University has become the first British institution to announce that it plans to return artefacts looted in the late 19th century from what is now part of Nigeria. The decision to hand back one of the thousands of Benin Bronzes could lead a wave of repatriations of the stolen plaques and sculptures. The UK government has insisted that institutions should “retain and explain” contested artefacts, but the university’s decision puts pressure on the British Museum, which holds 900 of the Benin Bronzes.

University leaders are lobbying for a return to campuses this month for all students in England – from 12 April rather than suggestions of 17 May. Many students “feel they have been forgotten by government”, said Tim Bradshaw, chief executive of the Russell Group of universities. About a million students are still only studying online. The Department for Education says return dates will be reviewed “by the end of the Easter holidays” – this timetable is understood to mean by the end of next week. Students have been promised at least a week’s notice, which would mean a decision for a return from 12 April would have to be announced over the Easter weekend.

Police warn students and universities not to use pirate website offering academic papers for free – Independent, 19/03/21

Police are warning students and universities not to use a popular pirate website offering free access to millions of scientific research papers. Sci-Hub, which was set up by Alexandra Elbakyan, a graduate student from Kazakhstan, claims to “remove all barriers in the way of science” by allowing users to avoid paying large fees to publishers such as Elsevier, Wiley and Springer. It is estimated to include more than 80 per cent of the world’s currently published scientific papers and has been acclaimed by academics in favour of open access. But the City of London Police’s intellectual property crime unit described the website as a “cyber criminal” and said it used compromised login details to steal research papers.

Many students say their mental health is worse due to pandemic – BBC News, 01/04/21

Almost two-thirds of university students in the UK say their mental health is worse because of the Covid pandemic, a survey suggests. The Higher Education Policy Institute (Hepi) report says ministers must “take heed” of the poll as restrictions ease. A total of 56% are not expecting any more face-to-face teaching in this academic year, but 66% of them are living in their student accommodation. The Department for Education has given £70 million to help students in need.

‘The Pledge’ is a scheme that is well overdue. Research in 2019 found only 3-4% of Gypsies, Roma and Travellers aged 18-30 accessed higher education, compared with 43% of other people in that age group. Only 184 Gypsy and Traveller students were registered in higher education in 2018-19, according to the Office for Students. A report earlier this month by the Traveller Movement found children from Gypsy, Roma and Traveller groups most likely to be excluded or “off-rolled”, and least likely to achieve formal qualifications. It said the children experienced “high levels of bullying based on their ethnicity that largely goes unaddressed in schools” and called for the Department for Education formally to adopt the term “anti-Gypsyism” as a form of racism.

Growing numbers of sectors are introducing “supervision agreements” for PhD students, a tool that gives early career researchers more power in sometimes fraught relationships with academics. The idea – which has been adopted most widely in Germany but has also caught on in Austria, New Zealand and Switzerland – is seen as part of the solution to the bullying, overwork and power imbalance that too often characterise the PhD process. In Germany, more than half of PhD candidates at the country’s biggest research organisations – the Max Planck Society, Leibniz Association and Helmholtz Association – now have such agreements, and according to the latest survey data, these protected researchers are at least somewhat more likely to be satisfied with their supervision.

Talented black graduates are being shut out of academic careers in science and technology, according to the president of the Royal Society, who appealed to the scientific community to improve access. White students were twice as likely as black students to graduate from degrees in science, technology, engineering and maths (Stem subjects) with first-class honours in 2018-19, whereas black students were three times more likely to leave with a third. Black students also had higher dropout rates (4.7% for black undergraduates compared with 2.7% for their white peers). This contributes to underrepresentation in academic careers, with just 1.7% of academic staff identifying as black compared with 13.2% as Asian and 81.3% as white. Just 3.5% of black academic staff are professors, compared with 11.9% of white staff, according to Higher Education Statistics Agency data.