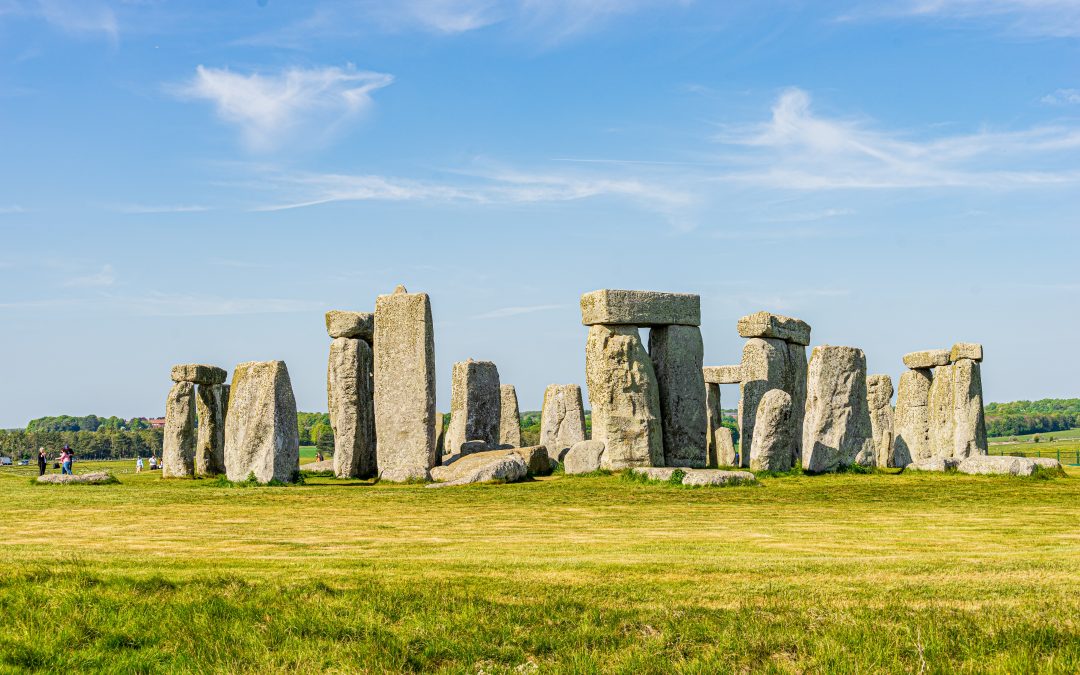 On 27 May, staff at the University of Sheffield received confirmation via email that it’s renowned archeology department will close and be merged with other departments. The decision has been met with huge criticism and described as an ‘act of cultural vandalism’. The department is known for its world-leading research, including specialist research into world heritage site Stonehenge. A petition to save Sheffield Archaeology has since amassed over 40,000 signatures.

‘Skills for jobs’ – what the FE bill means for HE

Words by Patrick Ainley, former professor of training and education at the University of Greenwich.

Closing Sheffield’s archaeology department is a symptom of something darker – The Big Issue, 28/05/21

Archaeology is part of all our lives. It’s not just picturesque landscapes, castles, muddy holes and heaps of old stuff. It’s a subject that tells us about who we are now, how we live today. How we got here, what we can achieve. It’s inspiration, aspiration and rigorous investigation. Curiosity about the past that reassuringly tells us we have been doing more or less okay for over 10,000 years on this strip of land. And that is why shutting University of Sheffield’s world-renowned archaeology department – a respected leader in research for over 30 years – is a shocking act of cultural vandalism that should outrage us all.

Important research on Stonehenge could be put in jeopardy if the threatened closure of one of the UK’s most renowned university archaeology departments goes ahead, leading experts on the prehistoric monument have warned. Current and former members of the University of Sheffield’s archaeology department are at the forefront of some of the most intriguing work at the Wiltshire site and argue that if it is closed, vital work will be lost. The proposal to close the department has attracted criticism from across the world with thousands of people signing a petition calling for the department to be saved and UK archeological organisations criticising the proposal. Among those who have expressed deep concern is Mike Parker Pearson, one of the world’s leading Stonehenge experts and a former member of the Sheffield department. He said: “Sheffield is one of the UK’s leading departments of archaeology, known and respected throughout the world. I suspect the vice-chancellor has no idea of the international outrage that closing the department is going to cause. Sheffield seems about to shoot itself in the foot.”

‘Horrific’ cuts in pipeline for English universities and students – The Guardian, 24/05/21

Vice-chancellors in England say they are bracing for steep cuts in funding to be announced later this year, as the Treasury and No 10 battle over proposals to lower the government’s exposure to unpaid student loans, which are growing at about £10bn a year. One vice-chancellor said the comprehensive spending review expected in the autumn was “looking horrific” for universities, with Downing Street and the Treasury competing over what to include in the government’s policy paper on funding, which is due to be published within the next two months. The Treasury is concerned that adding more loans as part of Boris Johnson’s ‘lifetime skills guarantee’ – offering all adults four years’ worth of education or training – will add billions to the government’s exposure to unpaid student loans. Instead it wants to bear down on loans for undergraduates on university courses, forecast to reach £20bn annually within three years, to create room for the new adult loans.

The ‘free speech’ law will make university debate harder, not easier – The Guardian, 22/05/21

he government has published its higher education (freedom of speech) bill. Under it, universities will have a new duty to secure freedom of speech for staff members, students and visiting speakers. Anyone (“a person”) will be able to sue (“bring civil proceedings”) where they believe that a university or student union has failed to protect free speech. An official with the Orwellian title of “director for freedom of speech and academic freedom” will have to decide if courses, talks and university policies maintain academic freedom. It is not wrong to think that free speech is often threatened. But much of the intimidation in recent years has come from Conservatives and the right. Take the equalities minister publicly criticising a journalist for doing their job. Or the culture secretary intervening in the curatorial decisions of museums.

Leading universities have been accused of stifling free speech after The Times found that half of them use a software package that allows students to report “microaggressions” anonymously. The Report + Support tool, which is being licensed to more than 60 universities, has raised concerns that it is creating a culture in which students are encouraged to report trivial perceived transgressions against staff. One example of a microaggression given by Manchester University is telling someone to “cheer up and not look so depressed”. Culture Shift, the company behind the software, has been accused of adding to a rising tide of “woke capitalism”. In the United States, where companies selling advice on how organisations can avoid accusations of prejudice have become big business, particularly at universities.

Black students often have to “work harder” than their peers to connect with assessments and curriculum content, a report suggests. The University of Leicester study found some black students were concerned they were marked by their “capacity to mask their blackness” in presentations. It suggested a “lack of a sufficiently diverse or decolonised curriculum” hampered some students’ progress. It called for clearer questions, feedback and marking criteria. Widening curriculums and course content will help black, Asian and minority ethnic (BAME) students relate learning to their own experiences, a leading academic at the university said. The report was based around an analysis of the experiences of BAME students studying biology, physics, law and sociology.

With predicted A-level grades of A*, A*, A, and national awards for swimming, 17-year-old state-school student Eve Leleux could have expected a string of top university offers in an ordinary year. Instead, with elite universities panicking about being overloaded with high-grade students this summer, she has had no offers to study her chosen course of dentistry. She is not alone. Teachers and parents across the country are reporting stories of distraught high-flying students who have waited months longer than usual to hear back from top-ranking universities, only to be rejected by all or most of them. Teacher-assessed A-levels are widely expected to result in far more students netting top grades this August. During last year’s A-level fiasco, some prestigious universities ended up taking up to a third more students than in 2019, despite already being full, after thousands of students had their A-levels marked up. Many students chose to defer to this year, putting further strain on places for 2021.

Since March, more than 400 colleges and universities in the United States have announced vaccine mandates that require students to be immunized against Covid-19, but the rules have been designed primarily with domestic students in mind. They have access to the Pfizer-BioNTech, Moderna and Johnson & Johnson vaccines, three of the eight authorized by W.H.O., according to a spokesman for the health agency. Many international students have been left scrambling — particularly those in India and Russia, both of which rely heavily on domestically produced vaccines that have not been cleared by the W.H.O. The disparity could hinder not just the students, but also the colleges that have made it a major priority to retain them. International students brought in close to $39 billion in tuition dollars in the year before the pandemic, according to one analysis.

Schools in England should continue to educate pupils for the remainder of the school year, rather than giving them an extended holiday as “study leave” for exams that were cancelled, the head of the Ofsted has said. Amanda Spielman, Her Majesty’s chief inspector of schools, said it was “concerning” that secondary schools were allowing pupils on GCSE and A-level courses to end the summer term six weeks or more early, meaning that some 15 and 16-year-olds would have 100 days of holiday before the new year started in September. Spielman said Ofsted “will want to know” how schools are using the remainder of the term to help their pupils in the exam year groups – year 11 and year 13 – catch up on learning lost during the pandemic lockdowns.

What’s the best way to get more disadvantaged students to the most selective universities? – HEPI, 31/05/21

Last week began with news that one of the oldest and richest colleges at one of England’s oldest and richest universities is on the way to raising £25 million to deliver debt-free degrees to 40 people from low-income households. That sounds like good news. It is to be, we are told, ‘the most generous student finance support in the country’.

And if you thought (as some people do) that – one day – institutions like Oxbridge might be freed from the apparent shackles of tuition fee caps, then you might want to prepare now for a different future: one in which students from rich families pay huge fees and those from poorer families get in for free, with lots of cross-subsidy from the former to the latter.

Speaking at the union’s annual congress, held online due to Covid-19, UCU general secretary Jo Grady paid tribute to members for standing up for education and criticised employers who ‘care more about business than they do the business of education’. Jo said the government was ‘full of shameless liars’ who rely on employers that are ‘too cowardly’ to stand up with UCU members and fight for education. To overcome these obstacles, the union had to be focused on ‘organising to win’ in workplaces. The speech, Jo’s second to Congress as general secretary, covered the many successes at branch level over the past year, including at Aston, Heriot Watt and Goldsmiths; as well as the groundbreaking work UCU is doing to create a more trauma informed approach to casework to better support survivors of sexual violence, the new ways UCU is engaging members, and the continuing battles over health and safety, casualisation, pensions, and workload. Jo said these challenges could only be won through organising and growing the union. Jo went on to blast government for its failures during the pandemic and said UCU was one of the few voices fighting throughout the crisis to keep workers safe. She said that while UCU was calling for in-person teaching to be halted to prevent a second wave, the whole political establishment was siding with prime minister Boris Johnson and against workers. Nevertheless, she said the union’s position was crucial to saving lives and the government finally admitted UCU’s stance was the right one.