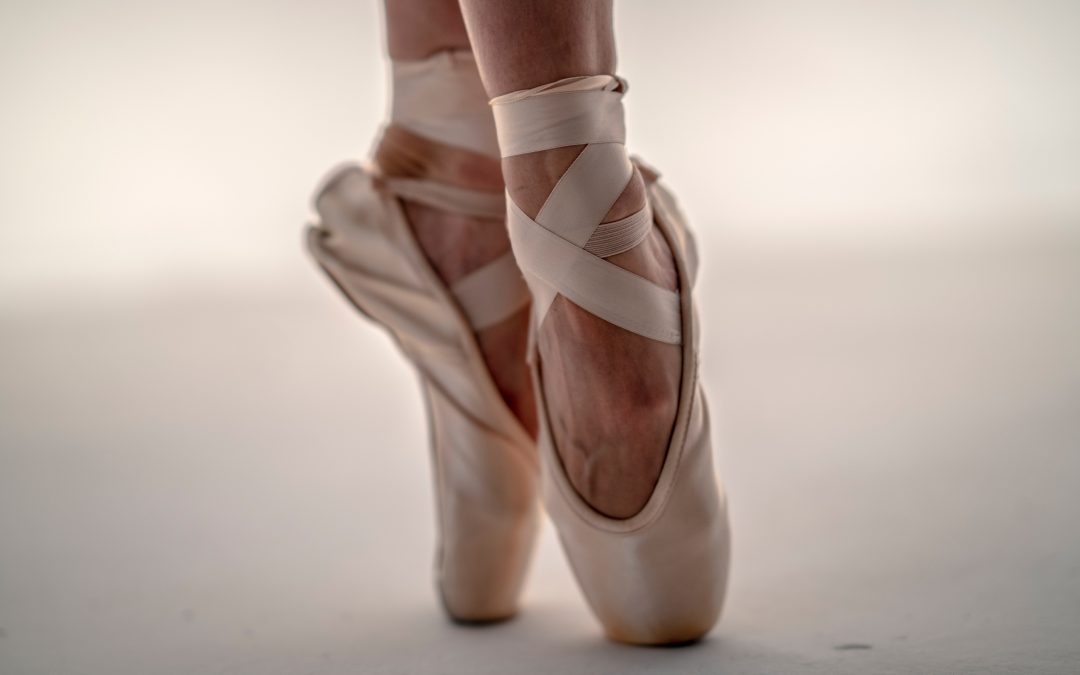 Seven trade unions have jointly written to Prime Minister Boris Johnson to oppose cuts to creative and performing arts subjects in the Higher Education Teaching Grant budget for 2021-2022. UCU general secretary Jo Grady said: ‘These cuts would devastate arts and entertainment provision in higher education, risk widespread job losses and severely reduce access to students. As our letter makes clear, the institutions most vulnerable to these cuts are those with a higher number of under-privileged students. It is simply unconscionable to deny these young people the chance to study subjects like art, drama and music.’

The government must immediately halt devastating plans to half grants for university arts subjects in England, said seven trade unions. UCU, Equity UK, BECTU, Writers Guild of Great Britain, Musicians’ Union, Unison and Unite have jointly written to prime minister Boris Johnson to oppose proposed funding cuts to creative and performative arts subjects in the Higher Education Teaching Grant budget for 2021-2022. The cuts have been proposed by the Department for Education’s Office for Students body and education secretary Gavin Williamson, and suggest halving the grants going to ‘high cost’ higher education arts subjects in England to prioritise funding to ‘subjects vital to the economy and labour markets’. The unions said this ‘threatens the health and accessibility of the entertainment and education sectors, jeopardises the livelihoods of HE and creative workers, and narrows training opportunities for future generations.’

We cannot recover from COVID without the Arts and Humanities – HEPI, 28/06/21

The Arts Council has also estimated that ‘productivity in the arts and culture industry between 2009 and 2016 was greater than that of the economy as a whole, with gross value added per worker at £62,000 for arts and culture, compared to £46,800 for the wider UK economy.’ The arts and culture industry has of course been one of the worst hit sectors during the pandemic. Cutting off funding and support now for young people developing the skills needed by the industry could permanently weaken the UK’s arts and culture offering, as well as diminish the sector’s economic contribution. Alternatively, an approach which values and maintains funding for AHSS subjects has the potential to revitalise not only the arts and culture sector, but also to make it a driver of the post-COVID recovery. An approach which looks to support subjects that make a strong contribution to culture and society could also help to play an important role in the emotional recovery of our society after the pandemic.

The tuition fee income that universities receive from students has grown by a third over the past five years as institutions have expanded rapidly, although spending on lecturers and other staff has not kept pace. Universities received £21.5bn in student fees in 2019-20, more than a third more than the £15.5bn they got in 2014-15. Spending on staff salaries has grown more slowly, with a 10% rise over the past two years compared with a 13% increase in student fees. Jo Grady, the general secretary of the University and College Union, said: “The university sector is performing strongly, and this is down to the efforts of staff who work tirelessly to provide students with the best possible education. “But staff will rightly be sickened to see that the significant financial growth universities have enjoyed has not been shared with them, with spending on staff being held down whilst some vice-chancellors are adding tens of thousands [of pounds] to their already eye-watering pay packets.”

Students are facing a third successive year of online learning, after an Observer analysis suggested that most universities are planning to offer a mix of in-person seminars and online lectures when term begins again this autumn. It prompted fresh calls for students to be refunded at least part of the fees they are charged each year if they are mostly taught online. The exact blend of teaching will depend on social distancing rules and whether young people are double-vaccinated in time. “It’s just not fair to charge £9,250 a year for YouTube tutorials,” said Rhian Shillabeer, a second-year politics student who wrote an open letter to her university, Kent, signed by hundreds of students. Shillabeer, who was angered that all three years of her degree would be disrupted by the pandemic, called for universities to prioritise in-person learning.

Cambridge University has resumed in-person graduation ceremonies for the first time since the start of the coronavirus pandemic. Students from 29 colleges will graduate over four days, starting on Wednesday. The university said the ceremonies would follow social distancing rules for higher education institutions. It said the aim was to celebrate “the remarkable achievements of our students in a fitting manner” alongside “the necessary precautions”. Graduation ceremonies have not taken place at the university since February 2020 due to Covid-19.

Nearly all higher education providers in England are managing their financial risks well, but there remain concerns about the possible impact of the coronavirus pandemic on income, the Office for Students has said. In a report published on 25 June, England’s university regulator said that overall income for registered providers is projected to increase from £34.7 billion in 2018-19 to £40.7bn by 2023-24. It added that while the sector is forecasting “a decline in financial performance and strength in 2020-21, relative to 2019-20”, this would likely be followed by “an expected slow recovery from 2021-22”. The OfS said that by 2024-25 the number of students from the UK entering higher education is projected to increase by 12.3 per cent, while the number of non-EU international students is expected to increase by 29.5 per cent. However, recruitment from within the EU is expected to decline by 34.8 per cent in the same period, the regulator added. Total tuition fee income is forecast to increase by nearly 23.4 per cent between 2020-21 and 2024-25.

Concern for students’ grades as Liverpool and Leicester universities respond to strikes – The Guardian, 18/06/21

A university could use algorithms to determine grades while another may delay results to sidestep a marking boycott by striking academics, causing students to worry about the value of their final degrees. The University of Liverpool and University of Leicester have been hit by strikes by staff protesting against redundancies, with lecturers refusing to mark assessments, leading some departments at Leicester to consider using algorithms to fill gaps in marking. Liverpool has proposed delaying final results until the next academic year in October. The Liverpool Guild of Students has written to the vice-chancellor over concerns that providing students with interim degrees based on earlier marks could make it hard for final-year students to gain places on selective graduate schemes or postgraduate programmes. The letter states: “When students have already had an incredibly difficult 15 months, completing exams, essays, and dissertations during a global pandemic, the least they deserve is their hard work being acknowledged, fairly assessed and recognised. “Students may get their highest marks in the last semester of their course, meaning some of their best work may not be counted in their final classification. We are concerned that students with lower interim awards may miss out on valuable graduate opportunities.”

Universities are being advised to postpone freshers’ week in September due to the risk of coronavirus spreading during “mass activities”. A Scottish government advisory group has warned that many students will have only had one vaccine dose when they return for the new academic year. It says there should be a focus on activities involving “small numbers”. The National Union of Students (NUS) called for “the acceleration of vaccines” for the student population. The advisory sub-group on colleges and universities said all efforts should be made to maximise vaccination rates for students and staff, particularly international students.

Colleagues were briefed at the start of the week on the proposed changes to college staffing. The Principal has since written to staff and to students. We note with deep concern that the information given to students about the impact of these changes is far more detailed than that given to staff. This post sets out the precise details of the proposals. SMT claim that the purpose of this Academic Realignment Exercise is to bring staff-student ratios into alignment and to make sure that schools they see as growth areas (Business and Management, Computer Science and Law) have the resources to grow. While the college has ‘the right number of staff’, according to SMT they are in the wrong places. The SMT proposal aim to make ‘savings’ (i.e. create redundancies) in order to let the college grow in the areas they have decided are preferred; this means making existing colleagues in some disciplines redundant in order to hire new colleagues in ‘growth’ disciplines. A ‘comprehensive review’ is supposed to have taken place; doubts have already been raised about its methodology by one of the affected departments, in particular the methods used to calculate staff-student ratios which underpin much of the rationale presented. The branch have not seen the data that has been used to reach these proposals.

University students might have survived lockdown – but they face an deeply uncertain jobs market – The Telegraph, 29/06/21

For those young people who have recently left education, our new research at The Resolution Foundation also suggests they may be willing to move from sectors worst hit by the virus. One reason for our poor productivity performance ever since the 2008 crash is that we have not moved jobs as much as we used to. Young people in particular have not moved jobs and between different sectors in the economy. They may also have stayed living closer to their parents – sometimes that is part of the deal with the bank of mum and dad. But it can limit job opportunities and make the economy less dynamic. Our education and training system has contributed to this decline by only funding further qualifications if they are higher level than before and therefore not helping with re-training for sideways moves. That needs to change. This crisis will undoubtedly usher in big structural changes to the economy. We estimate one in five people working in hospitality before the virus has now left the sector. The long decline of high-street has been fast-forwarded while the rise of hybrid working has created new opportunities throughout the country. We need our education system to help people make the best of these changes.