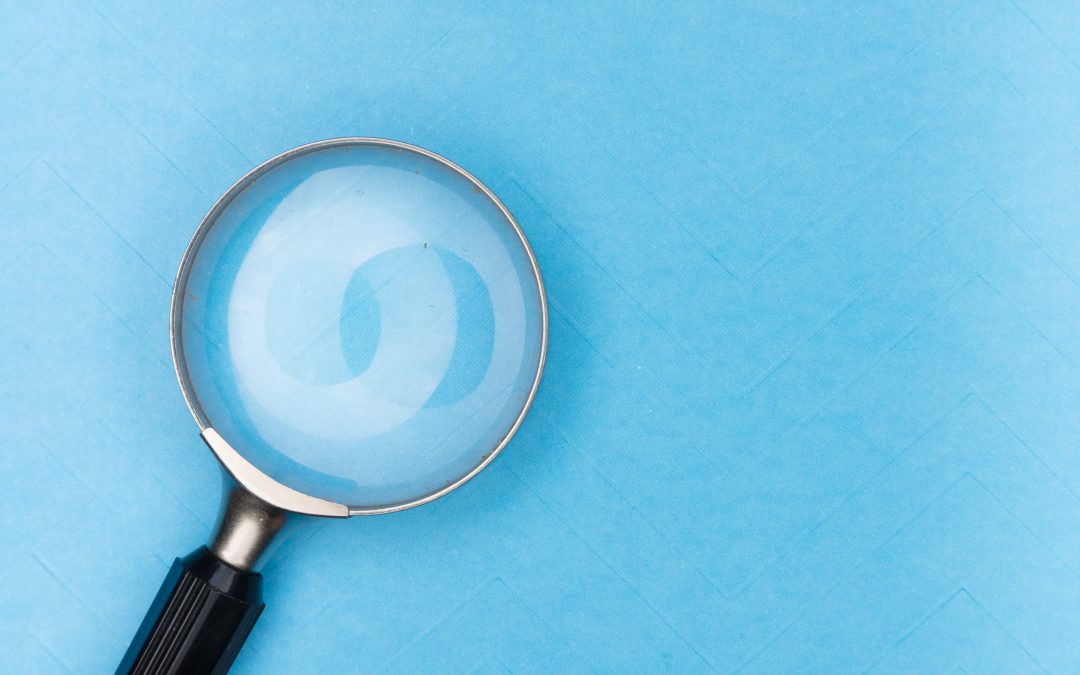 Top universities including Durham, York and Manchester have employed specialist investigators to deal with a rapid rise in reported sexual assault cases, with some paying investigators up to £10,000 per case. This follows the publication of a new anonymous testimonial site, Everyone’s Invited, which has amassed nearly 50,000 testimonies of sexual assault, harassment and misogyny at schools, colleges and universities across the UK. Sexual assault reports at UK universities have more than doubled in four years, with more than 3,500 incidents reported since 2015.

“The new model of the university that this government and its agencies are progressively erecting on the foundations of the Higher Education and Research Act 2017 is swiftly emerging as one in which the spirit of intelligent inquiry – at all levels – is permanently at risk of being sacrificed to the interests of short-term financial gain.”

Investigators hired by universities to look at student assault claims – The Times, 17/06/21

Universities are hiring investigators to deal with students accused of sexual assault after a rapid rise in reported cases, with some paying thousands of pounds per case. Durham, York, and Manchester are among those to have employed staff tasked solely with investigating students accused of sexual assault. A number of universities are also paying private companies around £10,000 per case to investigate allegations. Sexual assault reports at UK universities have more than doubled in four years, with more than 3,500 incidents reported since 2015. Manchester hired a “sexual violence and harassment response manager” in 2018. The post pays £41,000-£51,000 a year and deals exclusively with sexual misconduct allegations.

Universities have agreed to slash pension benefits as part of a plan to tackle a deficit of at least £15 billion in Britain’s largest private retirement scheme. Universities UK, which represents the sector, said yesterday that employers had backed a number of measures it had proposed that are aimed at overhauling the Universities Superannuation Scheme. The scheme has an estimated shortfall of between £14.9 billion and £17.9 billion. Employers and scheme members face significant increases to their contributions to plug the deficit unless an alternative way of making up the shortfall can be agreed.

There is much talk of re-imagining higher education, and all factions can agree that there is much that needs changing. But, whereas higher education leaders may envisage a digitally enabled university, unbundling its courses in an international marketplace, others may have a broader agenda for reform. I would like to see a dialogue about the purpose of universities and the structures needed to support their mission. Universities are not consultancies, working to external briefs in the gig economy. Researchers do apply their work to everyday practical problems, but there needs to be space for this to materialize from speculative ideation. We must ask, if universities cannot provide the security to test new ideas, then where should these activities take place?

Increasing England student loan repayments ‘would save government £4bn a year’ – The Guardian, 10/06/21

Increasing the amount that graduates in England repay on their student loans could save the government close to £4bn each year and avoid universities having their income slashed, according to a report by the architect of the current system of student finance. Nick Hillman, who was special adviser to the universities minister in 2012 when tuition fees in England were raised to £9,000, said lowering the income levels at which students made loan repayments was the fairest and most effective way to keep higher education funded at current levels. Using modelling done for the Higher Education Policy Institute (Hepi), Hillman found that cutting the graduate repayment threshold from £26,000 to £19,000 would result in many more graduates making higher contributions over the 30 years before their loans are written off.

HEPI’s student loan proposals are regressive and would hit the least affluent – UCU, 10/06/21

Responding to HEPI’s modelling on proposed student loan repayment changes, UCU general secretary Jo Grady said: ‘Offering students a choice between paying their loans back for longer or reducing the salary threshold at which they begin repaying them is no choice at all. Both maintain the stranglehold of student debt and lowering the threshold to £20,000 is particularly regressive, hitting the least affluent hardest. Ministers, and those in think tanks, would do well to remember that even lower earning graduates already spend most of their 30s and 40s paying effective tax rates of over 40%*. A threshold reduction to well below the average workers’ salary would make that a reality for many graduates fresh out of university too, making it harder for them to plan and save for the future. Education is central to the post-Covid recovery, and instead of tinkering around the edges of a costly broken funding system we need bold solutions, like ending the tuition fees system altogether and replacing it with a publicly funded model for higher education. And businesses, who benefit so much from the graduate skills base, should be made to pay their fair share too, especially those who have cashed in during the pandemic.’

Williamson tweeted: “Oxford university students removing a picture of the Queen is simply absurd. She is the head of state and a symbol of what is best about the UK. During her long reign she has worked tirelessly to promote British values of tolerance, inclusivity and respect around the world.” But Dinah Rose, the president of Magdalen College, swiftly responded: “Here are some facts about Magdalen College and HM the Queen. The Middle Common Room is an organisation of graduate students. They don’t represent the College. A few years ago, in about 2013, they bought a print of a photo of the Queen to decorate their common room.They recently voted to take it down. Both of these decisions are their own to take, not the College’s. Magdalen strongly supports free speech and political debate, and the MCR’S right to autonomy. Maybe they’ll vote to put it up again, maybe they won’t. Meanwhile, the photo will be safely stored.”

The head of the universities watchdog today declares that academics should “leave their personal political views at home” as he accuses Oxford dons protesting over a Cecil Rhodes statue of prioritising “high-flown rhetoric” over students’ education. Writing in The Sunday Telegraph, Lord Wharton, who chairs the Office for Students, says that more than 150 academics threatening to boycott teaching at Oriel College were setting a “deeply concerning precedent”. The former Conservative MP says many people would find the move “baffling and inexcusable”, stating: “I wonder how many working people would threaten to effectively work to rule to change the building or logo of their employer.” The intervention by Lord Wharton, who previously ran Boris Johnson’s leadership campaign, will inflame a row that has become the latest battle in the culture wars engulfing British public life.

The number of complaints received by the Office for Students about higher education providers increased by more than 20 per cent in the last year, according to the regulator’s annual report. The OfS, which regulates institutions in England, said in its 2020-21 annual report that it had received 316 “notifications” from students, staff or members of the public who felt an institution was not meeting its regulatory requirements—for example on teaching quality or academic support. In 2019-20, some 262 such complaints were received. “We worked with students and students’ unions on a student guide and social media campaign to help raise awareness of the notifications process and the circumstances in which it would be appropriate for them to notify us,” the OfS says in the report, published 8 June.

Cambridge’s Trinity College has taken 22 students from the elite Westminster School in London, according to data obtained under Freedom of Information laws. The number of offers made by the University of Cambridge college is comfortably the highest any Oxbridge college has made to one school in the past three years, reports The Telegraph. The £41,600-a-year private boarding school, which counts author A.A. Milne and former deputy prime minister Sir Nick Clegg among its alumni, has been formally linked to Trinity since 1560. Such is the closeness of the two institutions that, until 2018, the college’s Master was automatically a governor at Westminster. The data, first published in The Telegraph, showed that half of Oxford’s colleges handed out the most offers to pupils from just two elite public schools.

High-quality teaching, particularly in the most disadvantaged schools, combined with more time on academic support and wellbeing activities, are proven to help boost school attainment and close the gap between disadvantaged pupils and their peers. A focus on quality teaching and working with parents in the early years can support children’s outcomes earlier on in life, with those positive outcomes being sustained as children progress through school. A package of support on this scale requires a serious commitment of new funding and time. We’ve estimated that up to £15bn will be needed over the course of this parliament alone. That’s not an insignificant ask, but it is a drop in the ocean compared to the cost that we (or, rather, our children) will bear if we don’t get this right. Left unaddressed, we could see falls in individual income of up to £50,000 in lifetime earnings, or a total hit of up to £420bn to the economy. That’s based on the cost of lost time in school, without even taking account of the harm the pandemic has caused to young people’s wellbeing.

Conservative MPs’ backing for new universities in their areas, despite Tory criticism of expansion at national level, has been seen as affirming that UK higher education must stress its local economic impact if it wants to build a “common dialogue” with the governing party. Education secretary Gavin Williamson has billed himself as “tearing up” Tony Blair’s target – already achieved – for 50 per cent of young people in England to enter higher education and wants to shift resources to further education, with Conservative cultural and economic scepticism about universities combining to create a bleak outlook for the sector’s teaching funding at the next spending review. Yet at local level, Tory MPs often support the expansion of higher education through the creation of new institutions.

Please consider taking part in this research study: How are Academics Thought of by Society?