News round-up: Universities prepare for the reopening of campuses 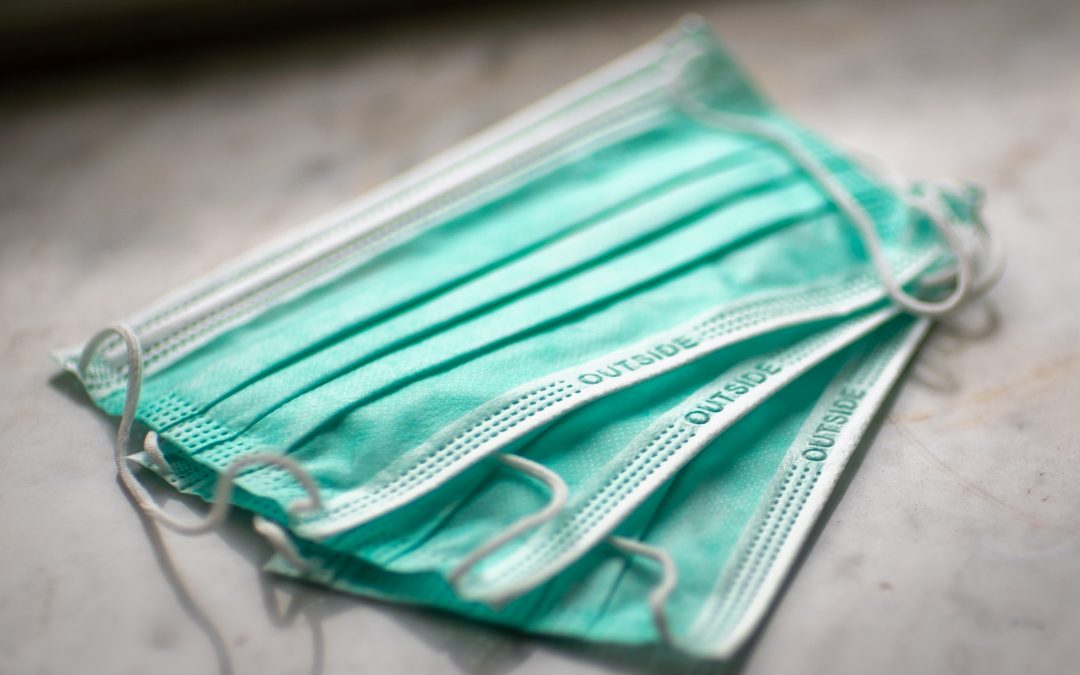 As the government scrambles to save face after the A-levels fiasco, universities are preparing to reopen their campuses to staff and students. UCU have called on the government to halt in-person teaching completely, warning that the mass movement of over a million students across the UK could cause a “major public health crisis”.

New on the CDBU blog: Might selective English universities now wean themselves off A-levels?

‘In the current model of higher education, selective universities have little incentive to sever their ties with A-levels. The market demands prestige, and prestige comes from exclusivity. Who gets kept out matters as much as who gets in. A fairer admissions strategy would explicitly prize social and ethnic diversity over gameable proxies of personal excellence. Students would not need to be uniformly hyper-qualified.’

Williamson told about flaws in A-level model two weeks before results – The Guardian, 01/09/2020

Gavin Williamson was offered evidence of serious flaws in the grading of this year’s exams two weeks before A-level results were published in England, the Guardian has been told. The details are likely to raise difficult new questions for Ofqual, whose chiefs go in front of MPs on Wednesday – but also for Williamson, who initially suggested he had only been aware of “real concerns” about A-level grades after the initial results were published on 13 August. The new disclosures come from Cambridge Assessment, which operates OCR, one of the three big examination boards that administer most GCSE and A-level qualifications.

I’d be amazed if he survives’: top Tories turn on Gavin Williamson over exams fiasco – The Guardian, 23/08/2020

The education secretary, Gavin Williamson, has lost the trust of his officials to such an extent that he can no longer serve effectively in the cabinet, one of the most senior Tory MPs said last night as pressure grew on Boris Johnson to sack him. Sir Bernard Jenkin, who chairs the powerful Commons liaison committee, which will grill the prime minister on 16 September, told the Observer that after Williamson’s humiliating U-turn over A-level and GCSE results, the secretary of state made a bad situation worse and caused a “complete breakdown” of trust in his department by seeking to blame officials for the crisis.

The head of England’s exams regulator, Sally Collier, has quit after thousands of students’ marks were downgraded for exams they were unable to sit. Ofqual chief Ms Collier has been under fire for a controversial algorithm which changed GCSE and A-level marks, making them unfair, according to heads.

Royal Statistical Society hits back at Ofqual in exams algorithm row – The Guardian, 24/08/2020

The chief executive of the Royal Statistical Society has told Ofqual to “cease defending the indefensible” in the latest exchange in a row over the algorithm used to determine this year’s A-level and GCSE results. The dispute began with comments made by the RSS in which the society said it had offered to help with the algorithm but objected to the proposed confidentiality agreement that experts would be required to sign and claimed it had received no official response to its concerns.

Government guidance on the wearing of face coverings in English universities is to be updated in line with changing advice to schools. Issuing new guidance on face coverings for staff and children in Year 7 and above in England, the Department for Education said face coverings should be worn by staff and pupils in corridors and communal spaces, but not classrooms, in areas of high coronavirus transmission. Ministers said they were not recommending the wearing of masks nationwide, but that “schools will have the discretion to require face coverings in communal areas if they believe that is right in their particular circumstances”.

The UK education secretary, Gavin Williamson, has defended the government’s U-turn on pupils in England wearing face masks in schools after coming under fire from Conservative MPs over the move. Just hours after the cabinet minister Alok Sharma said on Tuesday morning there were no plans to review the policy amid pressure from headteachers, the government performed an about-turn and said pupils would no longer be advised against using face masks in secondary schools.

UCU said that demanding over a million young people move around the UK to attend university made no sense. The union highlighted there is no functioning track and trace system in place, nor any UK-wide plans to regularly test students or staff. UCU said the push to get students back on campus was being driven by a dangerous desire to get back to business as usual, before it was safe to do so. UCU said that, rather than allowing universities to reopen precipitously, the government had to step in and underwrite any lost funding for the higher education sector. The union said universities that rely on tuition and accommodation fees feared lost income and the government had to make it clear now that they will not suffer financially for doing the right thing in terms of public health.

The risk of infection on campuses could lead to universities becoming the ground zero of a second wave of Covid-19 unless they avoid face-to-face teaching, academics have said. The movement of an expected one million students around Britain as they return to higher education next month has led the University and College Union (UCU) to say the government is “encouraging a public health crisis”.

The Student-Blaming Has Begun: Is it fair to fault college students for Covid-19 outbreaks? – The Chronicle, 21/08/2020

in a week that saw a growing number of colleges reverse course in the wake of Covid-19 outbreaks and move classes online, colleges fearing they might be next scolded students for unsafe socializing. Student-conduct codes were hurriedly revamped to include suspension and expulsion for the most egregious cases. The message was clear: It was students’ behavior that was jeopardizing universities’ painstaking plans to offer a safe, in-person semester. Purdue University, one of the first to adamantly declare its intent to reopen in person, suspended three dozen students for attending a party that violated rules banning large gatherings and requiring masks. Pennsylvania State University suspended a fraternity for hosting a rogue party.

As universities scramble to protect their own interests, inequalities will magnify – The Guardian, 01/09/2020

A dismal year of universities opening for a few weeks, locking down, reopening, improvising, shuffling, and putting on a brave face is a grim model for the future. An era of online-only degrees is more likely. If so, it’s hard to see why the UK would need so many providers, especially when the Open University has decades of head start on distance learning. A varied market could develop, with a couple of bulk providers offering cheap courses with little interaction and feedback, some mid-market operators replicating a standard university experience, and a few expensive, premium brands competing to provide a customised education and lustre to the CV, perhaps with residential bubbles of students and staff for a few months a year.

English universities that find themselves oversubscribed after the A-level results fiasco are seeking legal guidance about whether they can ask students who have fulfilled the terms of their offer to defer their place. Times Higher Education understands that a number of institutions are consulting with legal teams, after the UK government’s last-minute decision to allow students to use their centre-assessed grades resulted in an increase in students achieving the marks needed for their first choice of university.

New Scottish government guidance says breaches should be subject to “the full weight” of disciplinary procedures. One university head has warned that could include being “thrown out” of their institution. Prof Brad MacKay, vice-principal of St Andrews University, said students could be expelled for serious breaches of coronavirus regulations.

Urgent support must be targeted at disadvantaged pupils and schools in areas of high deprivation, researchers have said, as figures reveal the gap in England between some pupils and their wealthier peers widened by 46% in the school year severely disrupted by the coronavirus lockdown. As the school year begins for most pupils in England and Wales, the authoritative study by the National Foundation for Educational Research (NFER), based on interviews with more than 3,000 teachers and heads at more than 2,000 schools, revealed that disadvantaged and black and minority ethnic (BAME) children had gone backwards compared with their better-off peers since March.

Scottish government advice on the reopening of campuses – Gov.scot, 01/09/2020

The start of the student year will be fundamentally different this year with significant change to the delivery of education and a need to dramatically curtail the socialising many would associate with this period. It is vital, for the protection of public health, that institutions ensure that the guidance is complied with. Universities Scotland, Colleges Scotland, National Union of Students (NUS), trades unions and public health professionals were consulted on the guidance.

In the few weeks since becoming leader of the NUS, which represents seven million students, her work has been dominated by issues around coronavirus. Next month, students will return to campuses, where universities will decide their own safety measures. Some will run Covid testing schemes, for example, while most have promised teaching in person as well as online. “A real worry is that we cannot trust universities to put student and staff safety first, because they are too preoccupied with their position in the market,” says Kennedy, referring to a recent report by the Independent Sage committee, which recommended that universities should teach online as the default to avoid spreading the virus.

While many of these disadvantaged and underrepresented students can now be proud of their grades and achievements following the government’s u turn, we need to ensure plans to manage capacity constraints do not further discriminate against them and future 18-year olds. If we do not help these disadvantaged students – who are already over twice as likely not to attend university – we could risk undoing recent progress. We need to use this year’s unique circumstances to bring about sustainable policy settings and continue this progress in years to come.

English universities are in peril because of 10 years of calamitous reform – The Guardian, 31/08/2020

We profess to be shocked that those from disadvantaged backgrounds do less well in the scramble for places, but we strain every sinew to give our own children an edge in this scramble. Many parents seem to regard universities primarily as a filtering mechanism for employment. The “better” the university their child can go to, the better their chances of a job that will insure them against the worst ravages of an unforgivingly competitive society. The truth is that if you say you want more children from deprived areas to be able to go to university, then don’t faff around with entry tariffs: invest in Sure Start centres, preschool groups, subsidised childcare and properly resourced primary schools. Make benefits genuinely accessible and life-supporting. Better still, stop whole sections of society being condemned to underpaid, vulnerable, soul-destroying labour while others cream off inordinate wealth from the profits of that labour.