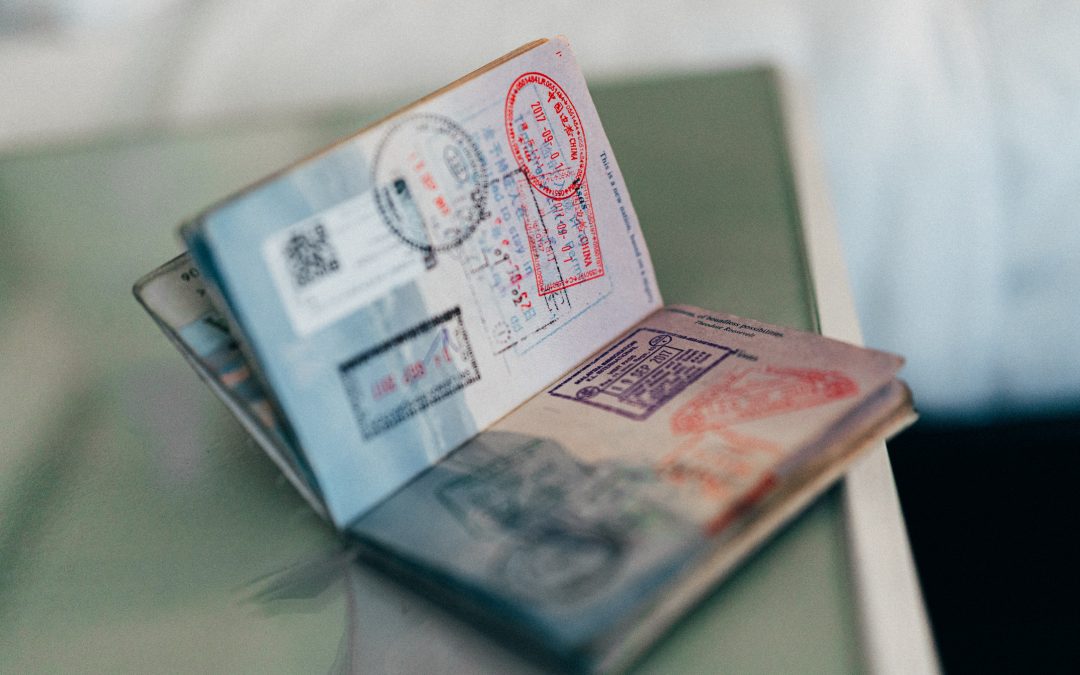 Post-Brexit visa delays have hindered UK students’ hopes of studying in Europe, with many reporting that it has become increasingly difficult to obtain appointments at embassies to secure the necessary paperwork. Meanwhile, there has been widespread criticism of the government’s decision to ‘pause’ scholarships offered to Afghan students through the Chevening programme. Students were told that “…current circumstances mean that the British embassy in Kabul is unable to administer the parts of the programme that must be done in Kabul in time for candidates to begin their courses this year.” In a virtual meeting last Thursday, students asked that their visas be processed in a third country, but this was rejected by the embassy.

Post-Brexit visa delays have put UK students planning a university year in Europe in limbo, with some unsure whether they will have the right paperwork in time for the start of term.  The problem has mainly occurred in relation to Spanish visas, but students due to spend a year at French universities have also reported difficulties in securing the necessary paperwork.  Spain is the most popular destination for UK students wanting a year abroad, with 4,500 going annually. However, obtaining visa appointments for the country has proved especially difficult, with some students waiting more than a month for a meeting. Vivienne Stern, director of Universities UK International – which represents 140 British universities – said: “Delays in visa processing this year are causing real anxiety among students who are due to travel to Spain soon. “We have raised our concerns with the Foreign, Commonwealth and Development Office and the Spanish Embassy and asked them to resolve this issue as soon as possible.” In a letter to the Spanish Embassy, UUK reported concerns from an increasing number of UK universities that students are finding it impossible to get visa appointments.

Afghan students promised scholarships at UK universities have had their places withdrawn, in a decision condemned by two former Conservative cabinet ministers. The Foreign Office says the crisis in the country means the British Embassy is no longer able to process visas for the Chevening Scholarships programme. Rory Stewart, the former international development secretary, called the decision “deeply disappointing”, while David Lidington, the former de-facto deputy prime minister, branded it “morally wrong”. A letter offers the scholars a deferral of their places until the autumn of 2022, insisting the Foreign Office is committed to “reinstating the programme as soon as possible”. It reads: “Current circumstances mean that the British Embassy in Kabul is unable to administer the parts of the programme that must be done in Kabul in time for candidates to begin their courses this year.” However, critics pointed out it was impossible to predict the situation in Afghanistan in one year’s time – and questioned why the paperwork could be completed in the UK.

Record number of school leavers in England snap up university places – The Guardian, 11/08/21

Record numbers of school leavers in England are flocking to snap up university places and fill gaps left by the collapse in EU student applications, according to the latest data. The number of students accepting a place has outstripped last year’s record, with 435,000 students finding spots within a day of receiving their A-level results, an increase of 5,000 on last year, according to data from the University and College Admissions Service (Ucas). This year, 149,000 students were also still hunting for places in clearing the day after A-level results, a 15% rise on 2020. A further 11,000 had already found places, including those who applied directly to clearing. The fastest growth in acceptances is at leading universities, which have already accepted 20,000 more students compared with previous years after a record-breaking number of students received top grades in their A-levels.

Sector leaders have called for the UK government to provide support for universities, as some higher education institutions struggled to accommodate record numbers of students following a leap in top A-level marks. Health courses were heavily oversubscribed on Wednesday after mass grade inflation resulted in a squeeze on the most competitive degrees. Jane Harrington, vice-chancellor of Greenwich University, said her biggest concern was a shortage of medical and nursing placements, adding that the government and the NHS should co-ordinate to increase training opportunities for young people in the long term. “It requires everyone working together,” she said. The pressure on places this year has exacerbated existing financial challenges for the sector, which has faced shrinking per-student fee funding and fears further budget cuts in the autumn spending review. Data from the Universities and Colleges Admissions Service (Ucas) showed the number of students joining top-level institutions surged this year, with 20 per cent more school-leavers accepting places than in 2019.

Double-jabbed students will have a shot at winning £5,000 as the University of Sussex seeks to drive up Covid-19 vaccination rates at the start of the new academic year. Ten prizes of £5,000 will be awarded to randomly selected students who can demonstrate they have had both doses or who are exempt. All University of Sussex students, who are registered and studying on the campus, will be automatically entered into the draw. While not making it mandatory, the University is strongly encouraging all students to take up the opportunity of vaccination, in line with the Government guidance. Adam Tickell, the University’s Vice-Chancellor said: “Vaccines are far and away our best opportunity to keep Covid at bay and we want to do everything possible to maximise take-up. “We are determined to provide a university experience as close as possible to normal, which includes a return to mostly in-person teaching and learning. We know that many students will have already had their vaccines or are planning to. If we can boost those numbers even slightly through a simple intervention like this, then of course we are going to do so.” Whilst these are significant prizes for our students, the cost to the University is small compared with the human, social and financial cost if students were to experience the kind of disruption we faced last year.”

Universities are setting up their own vaccination centres in an attempt to make campuses as safe as possible for the autumn term. And with millions of students arriving in September, some universities are already warning freshers that due to government restrictions on nightclubs in England they will not be able to attend big social events unless they are fully vaccinated. The University of the West of England (UWE) in Bristol and Kingston University in south London have already opened campus vaccination centres, and the University of Stirling in Scotland, where those visiting nightclubs must abide by contact-tracing rules, will open a centre to students and the public on Saturday. Other universities, including Cardiff, Manchester, Birmingham and Portsmouth have confirmed they are in discussions about setting up vaccination services. These centres will be run and staffed by the NHS, but universities are offering to train up students or university staff to volunteer in them. Universities UK, the vice-chancellors’ umbrella group, said by the autumn term many universities would have vaccine facilities on campus, including pop-up clinics and NHS vaccine buses. A spokesperson said universities were working with local NHS to try to encourage uptake.

Replacing Erasmus+, the UK’s Turing Scheme will fund exclusively outbound mobility for students studying at UK universities. Over 120 universities across the country will take part, providing opportunities for 40,000 students, of which 48% will come from disadvantaged backgrounds. According to the House of Commons Library, in 2019/20 there were 2.46 million students at UK higher education institutions, meaning the fund will support study abroad opportunities for just over 1.6% of students. Despite the enthusiasm about the scheme getting off the ground, the fact remains that the pandemic will likely prevent many of the projects going ahead. And while universities commend the opportunities it will bring students from disadvantaged backgrounds, they are also telling students that international study options are unlikely to happen. While the Turing Scheme itself has said that “if Covid-19 persists into Autumn 2021 and beyond we will consider funding alternative contingency arrangements”, universities have applied for funding for destinations such as China and Australia that have been consistently closed almost since the start of the pandemic.

Top universities are scrambling to find enough accommodation for thousands of extra students, after record numbers netted the high grades they needed to clinch their offers last week. Some students are being offered halls in other cities or shared rooms, as institutions buy up spare private accommodation. Students were celebrating on Tuesday as nearly 45% of A-level entries across the UK were awarded an A or A*, despite more than a year of disruption and school closures. But some of the most selective institutions are worried that with only weeks to go until students start arriving, they don’t have enough bedrooms, teaching space, staff or specialist equipment to cope with all their unplanned extra students. With many leading institutions turning down all “near-miss” candidates, they say they have also lost the flexibility to let in poorer students who have dropped a grade but shown potential. A spokesperson for Bristol University, a member of the elite Russell Group, said in response to high demand for places in student halls they are introducing options “to ensure as many students as possible can be housed when they join us in the autumn. Some of these will not be their first choice and may include the option of low-cost shared rooms or accommodation nearby in Bath with a travel bursary included.”

Medical students are demanding their schools include the climate crisis as a core component of the curriculum, as the intensifying climate emergency highlights the corresponding health crisis. Hannah Chase, a final year medical student at Oxford said the sense of urgency hit home recently when a fellow student confessed they didn’t believe in climate change. “It just shows that we make such assumptions,” said Chase. “It’s needed, this education.” Extreme weather events, including heatwaves, wildfires, floods, storms and droughts, are increasing in frequency and intensity – widening existing health inequalities, traumatising victims and precipitating the loss of food security, homes and livelihoods. Climate change and its fossil fuel-powered drivers, such as urbanisation and intensive agriculture that encroach on wildlife habitats, are encouraging pathogens to jump from animals into humans. Meanwhile, anxiety about the fate of the Earth is affecting mental health, especially in the young.