News round-up: When will we see the return to university campuses? 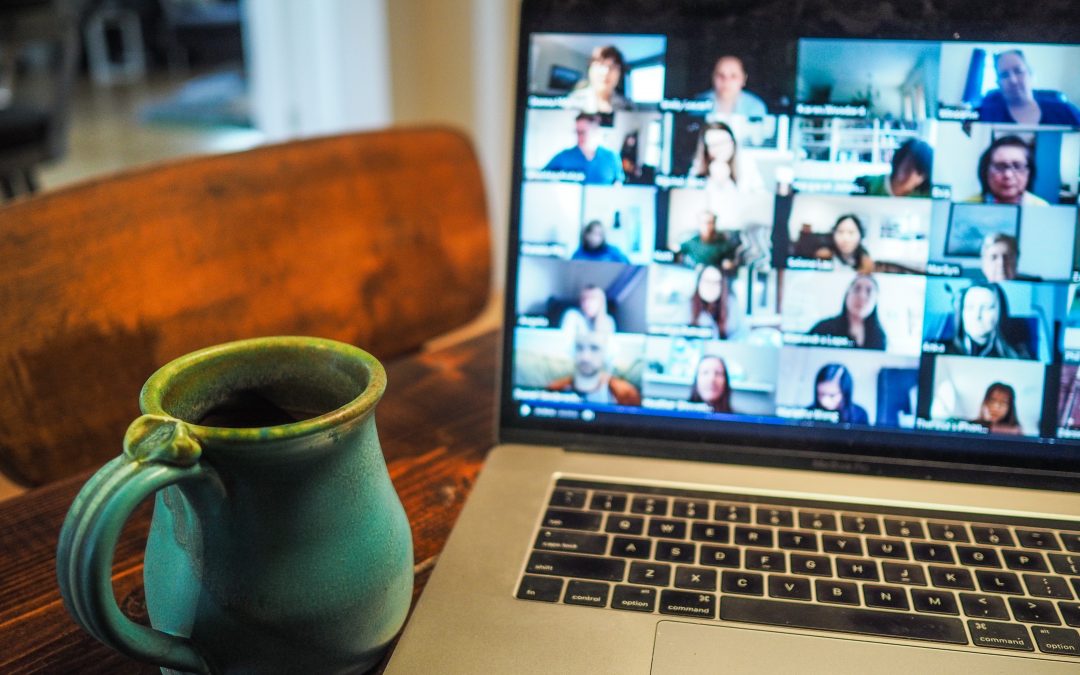 As the government prepares to gradually ease Covid-19 restrictions, with the hope of returning ‘to normal life’ by late June, university staff and students have been left wondering when, or if, they will be expected to resume face-to-face teaching and return to campuses.

Gurminder K Bhambra, Professor of Postcolonial and Decolonial Studies at the University of Sussex, discusses backlash against decolonising university curriculums.

Ignore this manufactured crisis: free speech is alive and well in our universities – The Guardian, 5/03/21

Antagonism by the press and some right-leaning thinktanks towards so-called “woke warriors” means that what is discussed on campus – and who is invited or disinvited to speak to students – has become a major political issue. The stereotypical view that universities are political monocultures and that debate is stifled is not one that we recognise. Rather, students are struggling with a very different type of university experience to the one they expected: online learning, major financial difficulties and mental health issues. Lots of virtual meetings are still going ahead – usually with a wide range of guest speakers with views across the spectrum, and often from around the globe. Yet even with the many challenges posed by Covid-19, the highly politicised approach to discussing freedom of expression at universities, which has been stoked by the government, will not be going away soon.

A university has been told to pay a student £5,000 in compensation for lost teaching time during the first coronavirus lockdown. Restrictions saw many universities move learning online but for students studying subjects with vital practical components, this may have left them at a disadvantage. A number of students have made official complaints about the impact of the pandemic on their accommodation situation and their learning. The student awarded £5,000 was an international medical student who had been studying at an unidentified university with fees of £38,000.

University students in England should be given financial compensation for the disruption to their studies from the pandemic, says Sir Anthony Seldon. The former University of Buckingham vice-chancellor said it would be “right and just” for students to have refunds. Larissa Kennedy, National Union of Students president, backed his call, saying: “Students deserve better than to be pushed into financial hardship.” The Department for Education said refunds were a matter for universities. Students have complained about paying rent on accommodation they cannot use and paying full tuition fees while studying online and not having access to campus facilities.

Four in five university and college staff struggling because of pandemic – The Guardian, 4/03/21

Four-fifths of staff in universities and colleges are struggling with an increased workload and poor mental health because of the Covid pandemic, a poll shows. More than half (57.5%) of the staff surveyed said their workload had increased a lot, while more than a fifth (23.3%) were working a bit harder, according to a survey by the University and College Union. Black, Asian and minority ethnic women, LGBT+ and disabled staff were all more likely to report higher workloads and resulting stress, possibly reflecting their tendency to take on more pastoral responsibilities.

University staff and employers have united to condemn an “unrealistic” increase in contributions demanded by the main higher education pension scheme, which would cost many employees about £8,000 a year and a further combined £1bn from employers. The Universities Superannuation Scheme (USS), which is the major staff pension fund for many British universities and academic institutions, announced it wants to increase combined contributions required from staff and employers from 30.7% of payroll to as much as 56%, to cover its projected deficits. The move sent tremors through the academic community, where the pension administered by USS has prompted major strikes over the last three years, including industrial action during 2019-20 that was curtailed by the Covid pandemic.

When will universities open again? Where students fit into the Government road-map – The Telegraph, 5/03/21

Since university students arrived on campus for the 2020-2021 academic year, their lives have been very different to what they were expecting. Smaller class sizes, online lectures and virtual freshers’ events; the impact of the pandemic on student life has been far-reaching. Now, under Boris Johnson’s roadmap to exit lockdown, schools and further education settings will be the first to reopen from Mar 8, in Step 1 of his four-part plan. Here’s everything you need to know about what the roadmap means for university students.

Top UK universities ‘use secret waiting lists’ due to Covid uncertainty – The Guardian, 28/02/21

British universities are taking extreme measures to ensure a supply of recruits for the coming academic year, with some accused of operating secret waiting lists to encourage school leavers to accept their offers amid uncertainty over A-level results. With many admissions offices braced for a second year of turmoil over results and grade inflation, experts are predicting record-breaking numbers of applications for university places. But universities vying for highly qualified candidates fear that popular universities – including those in the Russell Group of leading research institutions – may seek to benefit from the likely grade inflation by increasing their undergraduate recruitment for a second year in a row, leaving less popular universities with fewer students to choose from.

UCU today described the chancellor’s budget statement as a missed opportunity and called for more support for education staff as well as better mental health funding in the sector. The union said the sector needs huge investment, particularly in staff, as education would be fundamental to the post Covid-19 recovery. The union also said that with health staff currently working on Covid-19 wards saddled with huge debts, now was the time to acknowledge the current higher education funding model is not fit for purpose, abolish university tuition fees and fund education properly. UCU called for increased funding for mental health services in post-16 education as well as proper, long term investment in lifelong learning and adult and community education to ensure that all young people and adults can access the learning they need. The union added that increased funding for apprenticeships should be used to support front line delivery and raised concerns over unintended consequences it may cause to youth employment.

Warning over Chinese influence on British universities – The Times, 5/3/21

Almost a third of research in sensitive areas by British universities is carried out in collaboration with China, a report is about to reveal. The Office for Students (OfS), the student watchdog, must “actively monitor” the risk from China and should require universities to recruit students from a wider range of countries, it says. A draft of the report, whose lead author is Jo Johnson, the former universities minister and brother of the prime minister, has been seen by The Times before its publication next week. It is expected to say that the extensive relationship between British universities and China is “inadequately mapped” and that the UK must do more to mitigate risks that are “poorly understood and monitored”.

The dramatic fall in students taking language degrees in the UK could accelerate if the government fails to fund the year abroad in Europe after next year, universities are warning. Students of modern languages have to spend their third year studying or working abroad in order to pass their degree, and academics say this is the main attraction of many courses. Now, with the UK no longer taking part in the EU Erasmus scheme, there are fears for the future of the traditional European year abroad and for many language courses, with 2020 admissions already down 38% on 10 years ago. About 15,000 British students a year, across all subjects, used Erasmus to travel to universities in Europe for three to 12 months during their degree. But the universities minister, Michelle Donelan, said earlier this month that Erasmus did not offer “value for money” for taxpayers.

Higher education is in crisis. This isn’t necessarily new—since the introduction of student fees in 1998 under New Labour, and the ravages of austerity and internal marketisation that followed, the sector has been increasingly compromised—but like so many aspects of public life, its issues have been forced into ever-sharper relief in recent months. At Goldsmiths, University of London—the New Cross arts and humanities college renowned for its forward-thinking research and academics and alumni like Stuart Hall, Steve McQueen, Mark Fisher, and Sarah Lucas—these issues have boiled over. The institution’s Senior Management Team (SMT) are imposing a dramatic restructuring of the university under the guise of a ‘recovery programme’ – its response to what they describe as an ‘unsustainable’ financial situation which has been compounded by the challenges posed by the Covid-19 pandemic. Of course, this situation is partially symptomatic of wider cuts to higher education funding that go far beyond Goldsmiths – but that’s part of the reason why these proposals, and the industrial action being taken by the staff, are so significant.

US universities hit by protests over cuts, tuition, right to unionize – The Guardian, 24/2/21

Graduate workers in America’s higher education system are organizing in response to high tuition fees, cuts to staff and faculty positions, reduced budgets and suppressed graduate workers’ right to organize unions. College and university administrations have introduced the measures in response to the coronavirus pandemic. Job losses have been substantial at US universities and colleges, as student enrollment has declined and reduced public funding for higher education at the state level is leading to drastic budget cuts. The National Student Clearinghouse Research Center reported in December a decline in enrollment of students at postsecondary institutions of 2.5% compared with fall 2019, driven largely by sharp drops in enrollment of undergraduate freshmen at public two-year institutions.

The share of the world’s top universities that are led by women has reached 20 per cent for the first time, according to an analysis of Times Higher Education World University Rankings data. Forty-one – or 20 per cent – of the top 200 universities in the latest 2021 ranking have a female leader, up from 39 (19 per cent) last year and 34 (17 per cent) in 2018. The 2021 and 2020 rankings both included 202 institutions in the top 200 because several universities at the bottom of the band received joint scores.