The definition of a university: how many new providers fit the bill?

The headline-grabbing result of the first session of the House of Lords in Committee on 9 January was a vote which defeated the Government. By a majority of 248-221 the Lords approved Amendment 1, which was to provide a first Clause defining ‘university’. The Amendment assumes that higher education teaching must have the support of scholarship and research. This is high stakes: many of those wanting to enter the market would not meet these criteria.

The Amendment by the House of Lords: functions of a University 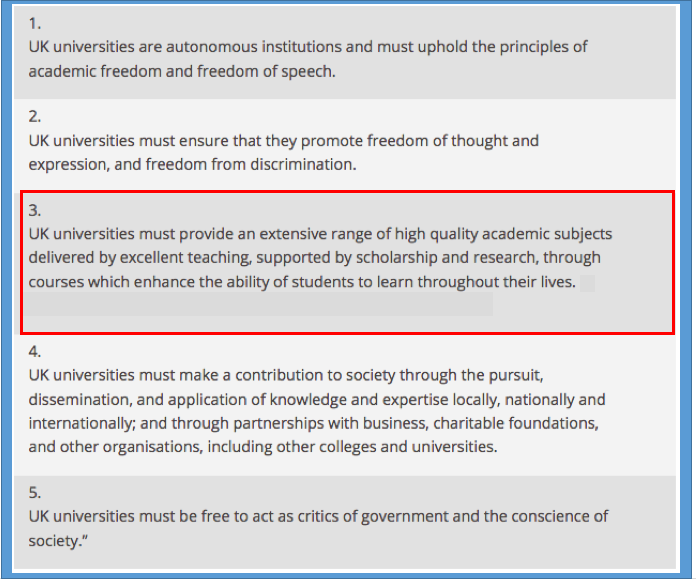 Were the Lords wise to seek a definition? In a blogpost in Times Higher Education, Nick Hillman thought not. Agreeing with some of those in the debate, he argued that there never had been a definition of university in English law, and that to have one would tend to prevent improvement and innovation.

However, Lord Krebs was voicing the majority opinion when he called on the Government two days later when debate resumed, to ‘define your terms’. More defining of terms was already in prospect when on Wednesday, the Lords tackled Clause 2.

What is a regulator?

There was a call to define ‘regulator’. Lord Stevenson of Balcamara said ‘it would be useful and comforting if the Minister could write to us explaining exactly what the term regulator implies. That would give reassurance to some of us who have been worrying about this issue’. Baroness Wolf noted a particular difficulty:

we are not quite clear whether [OfS] is a regulator or not, and we also have the Competition and Markets Authority. One question that I have is whether there are incipient conflicts between these two important and powerful bodies.

What is the meaning of higher education?

In framing Amendment 72, Lords called for another definition. This was to be a new Clause headed ‘Meaning of higher education’. It would come at the end of Clause 2, setting out the ‘general duties’ of the OFS, and say:

(b) colleges of further education, and

(c ) other higher education providers, both registered and unregistered.

The importance of research for universities

Where does this leave the definition of a university as approved by the Lords on 9 January? On 11 January, discussing the importance of ensuring that the new Office for Students (OfS) and the new UK Research and Innovation (UKRI) bodies would work together, speaker after speaker stressed the importance of the research element in higher education teaching, the stimulus it offered to students, the edge it gave to have the content of what was taught visibly touching the boundaries where knowledge was being expanded.

But two days earlier, Lord Younger, responding to the debate so far, took a different view:

while I agree that teaching should be informed and supported by scholarship and research, I have to agree with the changes made under the Labour Government in 2004. As my noble friend Lord Willetts explained, those changes to the criteria for university title removed the requirement for universities to need to award research degrees …. The amendment would be a regressive step. The changes were rightly made … and recognised that teaching is a legitimate primary activity for a university. If we place barriers in the way of new and innovative universities, we risk diminishing the relevance and value of our higher education sector to changing student and employer needs—becoming a relic of the 20th century while the rest of the world moves on.

This is a significant speech, whose implications should not be lost sight of. It contrasts ‘must’ and ‘may’, a distinction which was made much of on 11 January in the attempts of peers to persuade the Government to make OfS’s duties expressly into ‘musts’. While the Lords’ Amendment speaks of UK universities, Lord Younger defended a change which applies only to those in England and Wales. There have been calls for more attention to be paid to ‘national differences’. This was the decision of 2004 to allow providers with only taught-degree-awarding powers to gain university title. This, he argued on 9 January, meant that teaching was recognised as ‘a legitimate primary activity for a university’. In reality it amounted to something more, a recognition that teaching might be the only defining activity of a university.

Neither Scotland nor Northern Ireland has so far seen advantage in moving in the same direction and removing the requirement for a provider to obtain powers to award research degrees before becoming eligible to call itself a university.

In England university or ‘university college’ title has been bestowed on seven alternative providers, all – except the longstanding University of Buckingham which had gained its title decades earlier and before this change – with only taught degree-awarding powers. Arden University; BPP University Ltd.; University College of Estate Management; the University of Law Ltd; the London Institute of Banking and Finance’; Regent’s University, London.

Several of these fulfil another desideratum expressed by Lord Younger in the same speech, that ‘specialist’ universities should be encouraged. The Bill envisages even single-subject universities. Yet none of them can be said to be strikingly ‘innovative’. Apart from the long established College of Estate Management, which does what its name suggests, they all concentrate mainly on business and management, law, accounting and finance, sometimes with tourism, health and social care. This is exactly the range of subjects mainly offered at Level 4 and 5 in the hundreds of alternative providers which run Pearson-Edexcel courses.

Where do we draw the line?

The Minister’s claim that that the Lords’ Amendment represents merely the vested interest of a ‘cartel’ of publicly-funded research-active universities should not be taken seriously until the Government can provide a coherent and evidence-based account of the present reality and the acceptable range of future inclusion of novelties.

Where does Jo Johnson think the boundaries of higher education diversity should be set? Hamburger University is real enough, and McDonalds offers a Foundation Degree in the UK, ‘certified by Manchester Metropolitan University’, but that presumably counts as one of the ‘cartel’ keeping innovative specialist providers from moving straight to their own probationary degree-awarding powers and then to university title. The Faculty of Astrological Studies published its examination results at the recent Winter Solstice when ‘Saturn its lord and god of the harvest, is elevated in the sky together with the Sun in the ingress chart for London’. If this provider would not be eligible to seek degree-awarding powers and university title should the Government be able to explain why not? 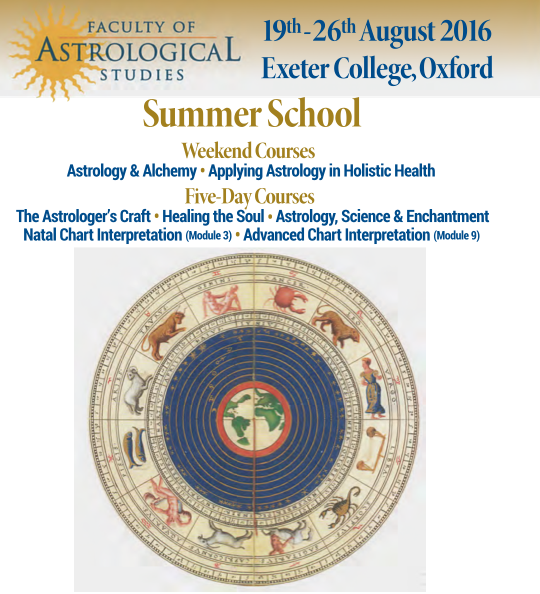